U18s Return to USHL Play With 4-1 Win Over Dubuque 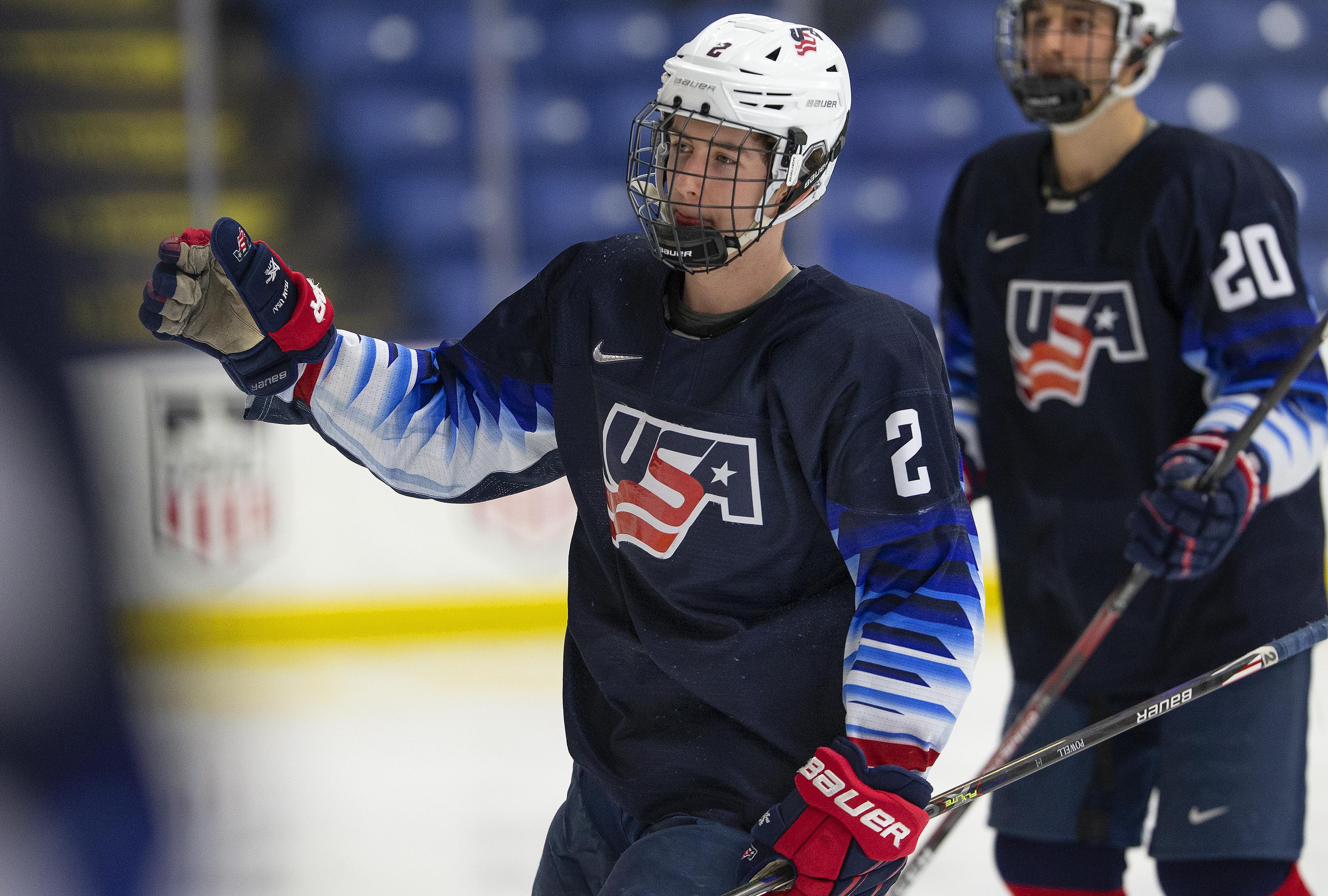 The U18s wasted little time getting on the scoresheet as Powell's wrister through traffic just over two minutes into the contest gave Team USA an early 1-0 lead.

The Boston College commit's first goal of the night was set up by Chaz Lucius (Grant, Minn.), who picked up his first point on his first shift as a member of the U18s. Beniers earned the secondary assist on the play.

Chase Yoder (Fairview. Texas) put the U18s ahead, 2-0, at 14:54 of the first when he collected a feed from Hunter Strand (Anchorage, Alaska) in the offensive zone, drove the net and popped a shot over the shoulder of Dubuque's Erik Portillo for his 10th of the year.  Brock Faber (Maple Grove, Minn.) picked up a helper on Yoder's tally.

After staking an early, 2-0 advantage, Team USA kept Dubuque on their heels for much of the second frame and outshot the Fighting Saints, 14-3, during the period.

Powell's second goal of the game came on a wrist-shot from the slot on the power play at 2:56 to put the U18s ahead, 3-0. Powell was set up on the play by Luke Tuch (Baldwinsville, N.Y.) and Owen Gallatin (White Bear Lake, Minn.).

Less than five minutes later, Beniers followed with another power-play score with a rising shot from down low for his 18th of the year. Jacob Truscott (Port Huron, Mich.) and Thomas Bordeleau (Houston, Texas) earned assists on the score.

The Fighting Saints soiled U18 netminder Drew Commesso's (Norwell, Mass.) shutout bid at 12:17 of the third when Dubuque's Matthew Kopperud scored to make it 4-1.

Commesso finished the night with 21 saves on 22 shots for his 16th win of the season.

The U18s return to action tomorrow night as they take on the Cedar Rapids Roughriders at USA Hockey Arena. Puck drop is slated for 7:00 p.m. ET. For tickets and more information, please visit USAHockeyNTDP.com or call the USA Hockey Arena box office at 734-453-8400.