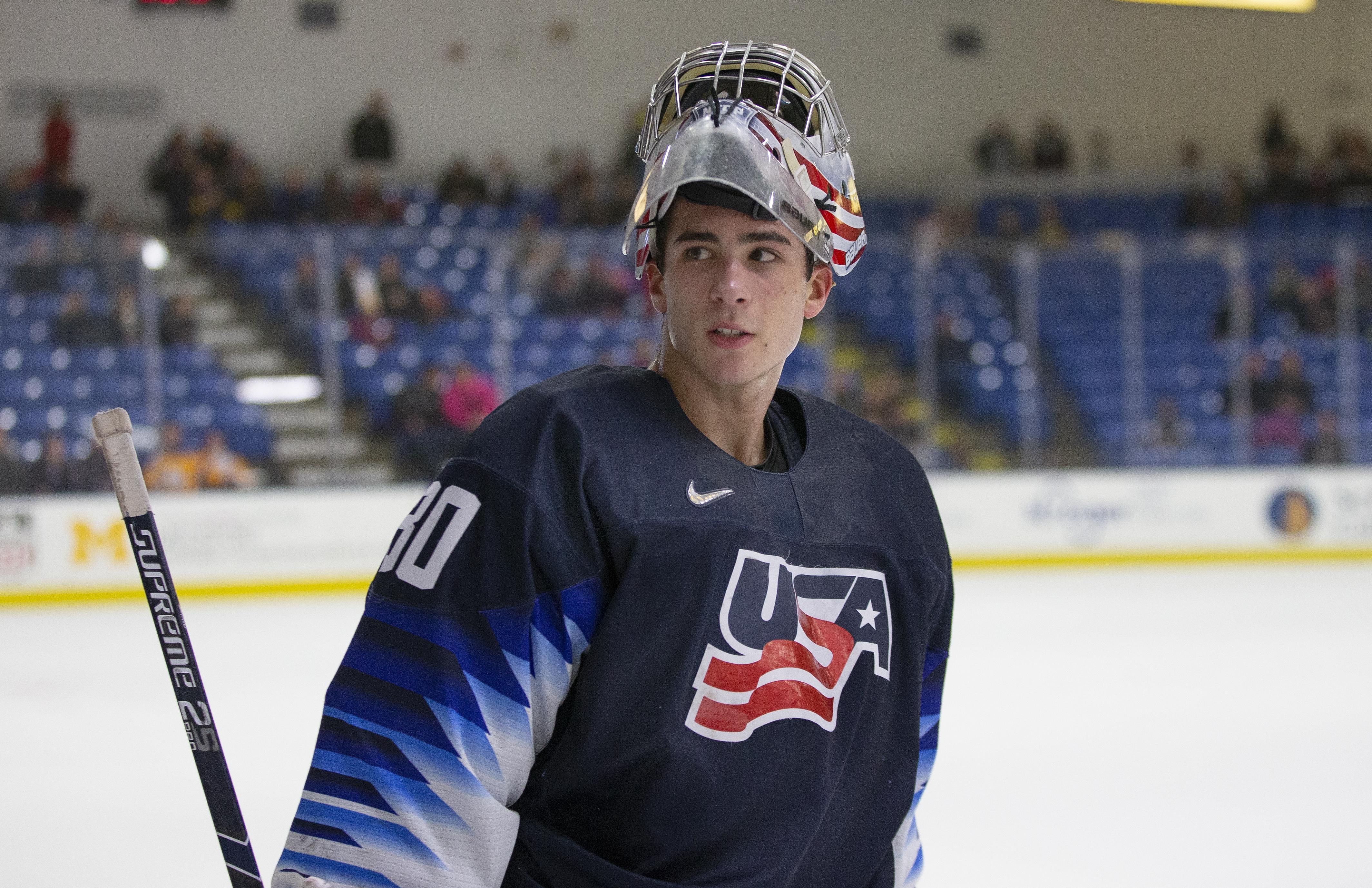 The win was Team USA's third in three days and they will finish the tournament against Finland tomorrow evening. A regulation win would give the U18s sole possession of first place in the Five Nations and their second international tournament win of the season.

Slaggert got Team USA on the board first with the game's only goal of the opening period. After an offensive-zone draw win by Thomas Bordeleau (Houston, Texas), defenseman Jake Sanderson (Whitefish, Mont.) took control and returned the puck to Bordeleau below the net. The University of Michigan commit slid a no-look, between-the-legs pass to a wide open Slaggert in front of the cage, where he one-timed his shot for a 1-0 USA lead.

Slaggert used an all-out individual effort to extend the lead to 2-0 at 3:41 of the middle frame. On the penalty kill, Slaggert stole the puck at the red line and drove towards the Swedish net. He curled in front of the goaltender, switched from backhand to forehand, and chipped his shot up and over the shoulder of Jesper Wallstedt for his second of the game and 11th of the season.

Ty Smilanic (Denver, Colo.) made it three straight goals for the Americans when he potted his seventh goal of the season after a scrum in front of the net. Jacob Truscott (Port Huron, Mich.) took the initial shot and the puck squirted right back to him. After his second attempt was saved, Smilanic picked up the rebound and flipped it in for a 3-0 lead at 2:02 of the third.

Sweden got on the board via a William Eklund power-play goal to cut the lead to 3-1.

Slaggert recorded his first career hat-trick when he finished off a beautiful tic-tac-toe passing setup for his third of the game. Bordeleau slid the puck to Luke Tuch (Baldwinsville, N.Y.) down the right wing at the goalline-extended. Tuch found a charging Slaggert, who snuck in behind the Swedish defense and redirected his shot into the cage.

Matthew Beniers (Hingham, Mass.) added another with just under six minutes to play with a spin-o-rama shot for his 17th score of the season. Smilanic found Beniers with his back to the net in front of the goaltender. Beniers pivoted, spun and flicked a quick wrist-shot in for the 5-1 lead.

Sweden added one more goal before the buzzer for a 5-2 final.

Goaltender Noah Grannan (Germantown, Wis.) was fantastic in net for Team USA as he finished the game with 34 saves, his highest mark of the season. The Wisconsin commit was especially sturdy during the game's opening minutes when he made multiple stops on an extended 5-on-3 advantage for Sweden.

Landon Slaggert was named Team USA's player of the game.

The U18s finish out the Five Nations tournament tomorrow against Finland. With a regulation win, the team would capture sole possession of first place in the tournament and can sweep their first two international competitions of the season. Puck drop is slated for 1:00 p.m. ET from Rocknet Arena.