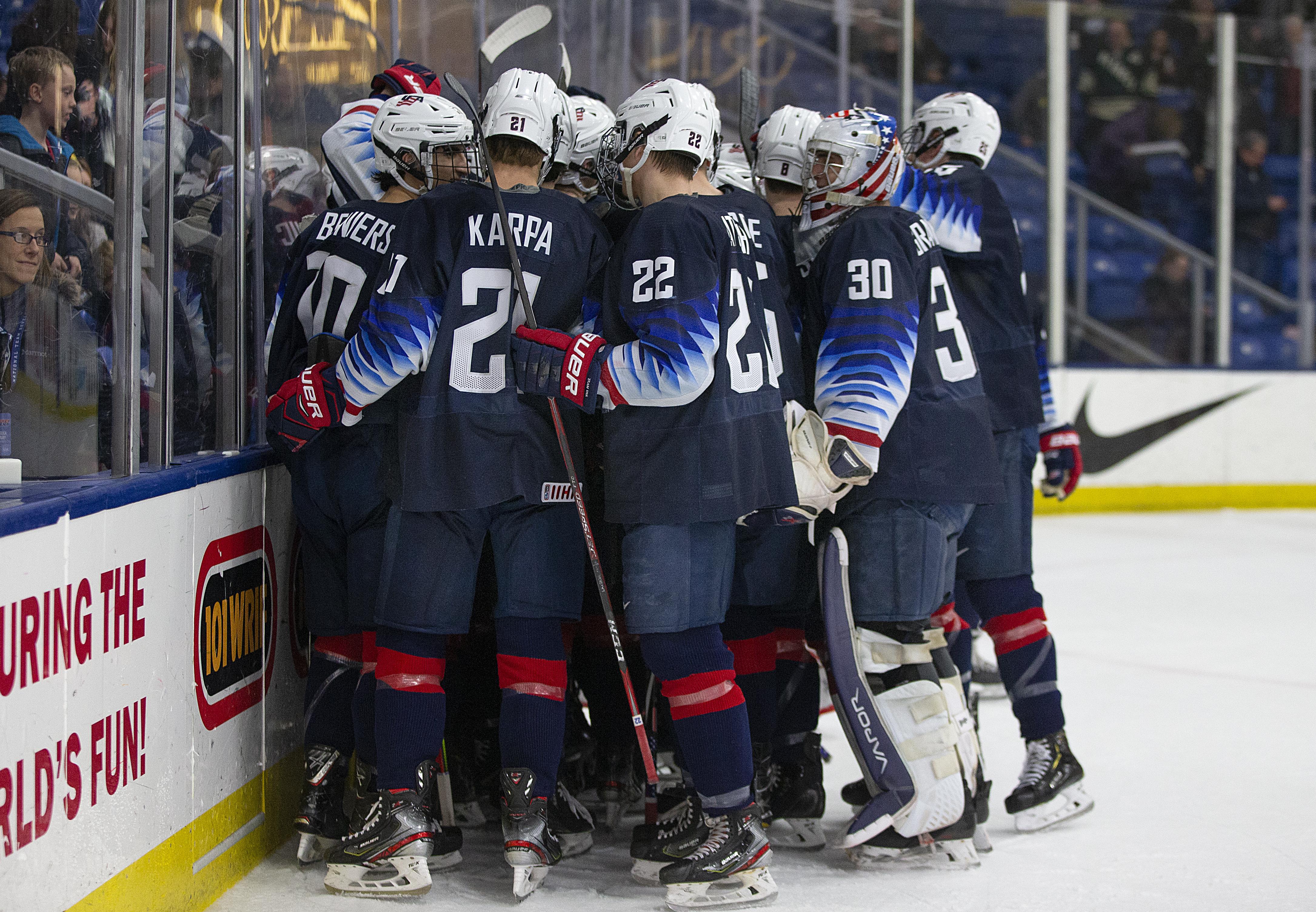 KLASTEREC, Czech Republic - The U.S. National Under-18 Team won for the second straight day as they topped Russia, 3-2, behind two points from Luke Tuch (Baldwinsville, N.Y.) at the Five Nations tournament.

Defenseman Jake Sanderson (Whitefish, Mont.) opened the scoring with a shot from the left faceoff dot, nearly identical to his game-tying goal from yesterday. Thomas Bordeleau (Houston, Texas) and Tuch were credited with the helpers on the first score. With the goal, Sanderson recorded a point on each of Team USA's first four goals in the tournament.

Tuch doubled the Team USA advantage at 12:58 of the first period with his first goal of the tournament. He was set up by defenseman Eamon Powell (Marcellus, N.Y.), who earned his first point in the Czech Republic.

Russia got on the board with a power-play goal before the close of the opening frame. Prokhor Poltapov connected on a one-timer from the right circle to make it 2-1.

Russia tied the game at 5:09 of the second when Nikita Buruyanov converted on a 2-on-1 rush.

Forward Dylan Peterson (Roseville, Calif.) restored the U18s' advantage when he turned a turnover into a quick offensive strike. Russian goaltender, Yaroslav Askarov, lost control of the puck behind his net. Hunter Strand (Anchorage, Alaska) collected and shifted the puck to Peterson where he deposited into an empty cage for a 3-2 lead.

Neither side found the back of the net in the third as the final stayed 3-2.

Goaltender Drew Commesso (Norwell, Mass.) picked up his second win in as many days as he made 24 stops on the evening. Russia outshot Team USA by a 26-23 final.

Luke Tuch was selected as Team USA's player of the game.

The U18s continue the Five Nations tomorrow against Sweden. They will switch locations to Rocknet Arena in Chomutov, Czech Republic. Game time is scheduled for 1:00 p.m. ET.