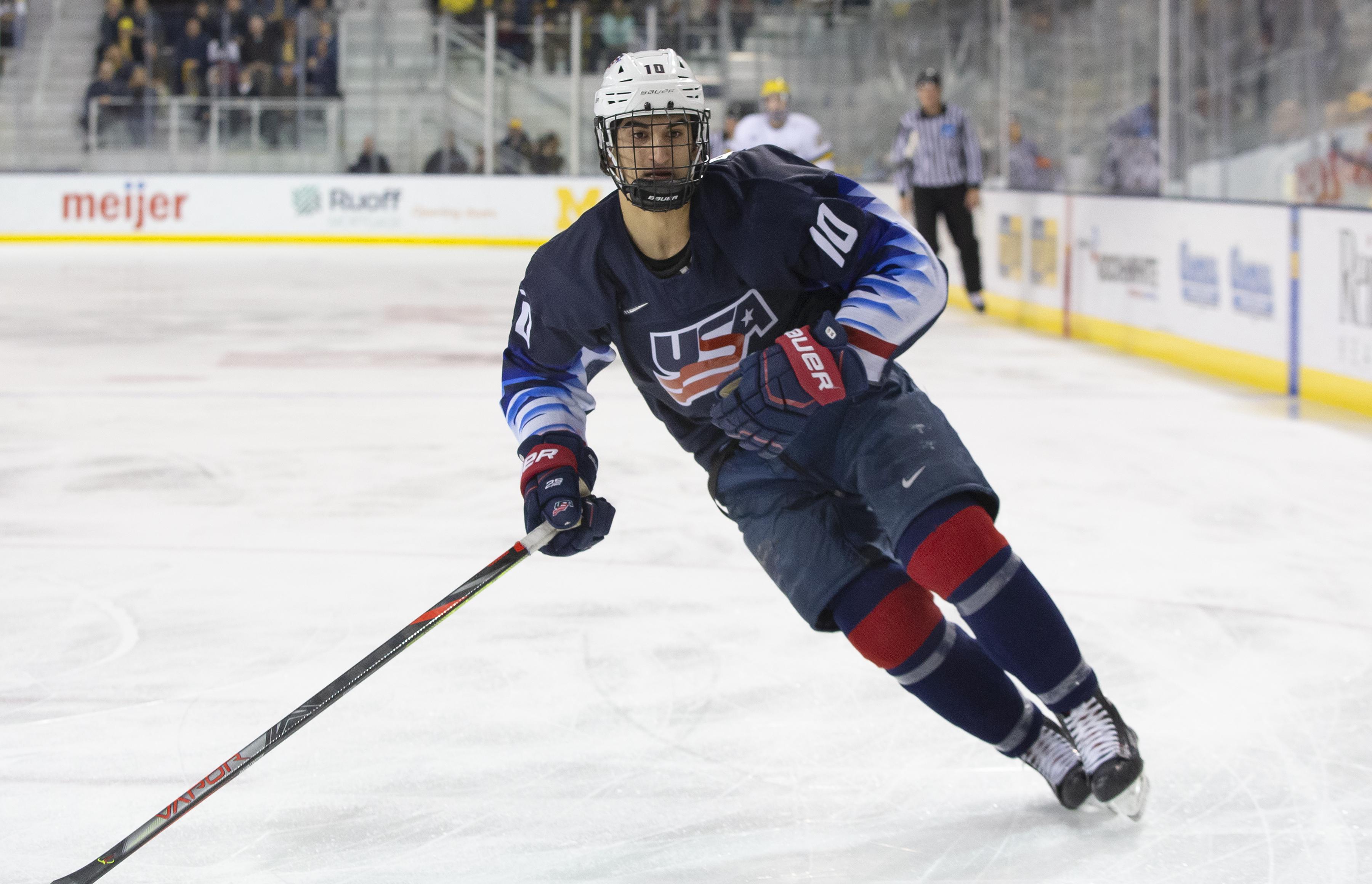 KLASTEREC, Czech Republic - Matthew Beniers (Hingham, Mass.) scored at the 3:52 mark of overtime as the U.S. National Under-18 Team came from behind to top the Czech Republic, 3-2, in their first game of the Five Nations tournament Thursday evening.

In the 3-on-3 extra period, Team USA controlled the puck in the offensive zone. The initial shot came from Jake Sanderson (Whitefish, Mont.) in front of the net, which was pushed aside by Czech goalie, Jan Bednar. Beniers jumped on the loose puck and smacked it in to win the game for Team USA.

Forward Thomas Bordeleau (Houston, Texas) netted the game's first goal at 2:40 of the opening period on the power play. The 5-foot-10 forward scored from the left faceoff circle after a shot from Ty Smilanic (Denver, Colo.) bounced off the boards behind the net and right to Bordeleau. Sanderson picked up the secondary helper on the goal.

After neither side found the back of the net in the middle period, the Czechs tied the game with a power-play goal 26 seconds into the third.

The hosts took a 2-1 lead midway through the final frame when Stanislav Vrhel converted on another man advantage.

Sanderson tied the game with less than three minutes in regulation. The highly-ranked defenseman corralled the puck at the center-point on the power play, drove down the left wing and fired a wrist shot over the shoulder of the Czech netminder. Bordeleau and Beniers were credited with the assists on the tying score.

The game stayed tied for the remainder of regulation before Beniers' second point of the night gave Team USA the win.

Drew Commesso (Norwell, Mass.) picked up the win in net for the U18s as he turned aside 20 of the 22 shots he saw.

Team USA finished 2-2 on the power play, while the Czechs were 2-5 on the night.

Bordeleau was chosen as Team USA's player of the game.

The Under-18 Team is back in action tomorrow as they take on Russia. The game will once again be at Zimni Stadion in Klasterec before USA heads back to Chomutov for the remainder of the tournament. Puck drop is slated for 1:00 p.m. ET.