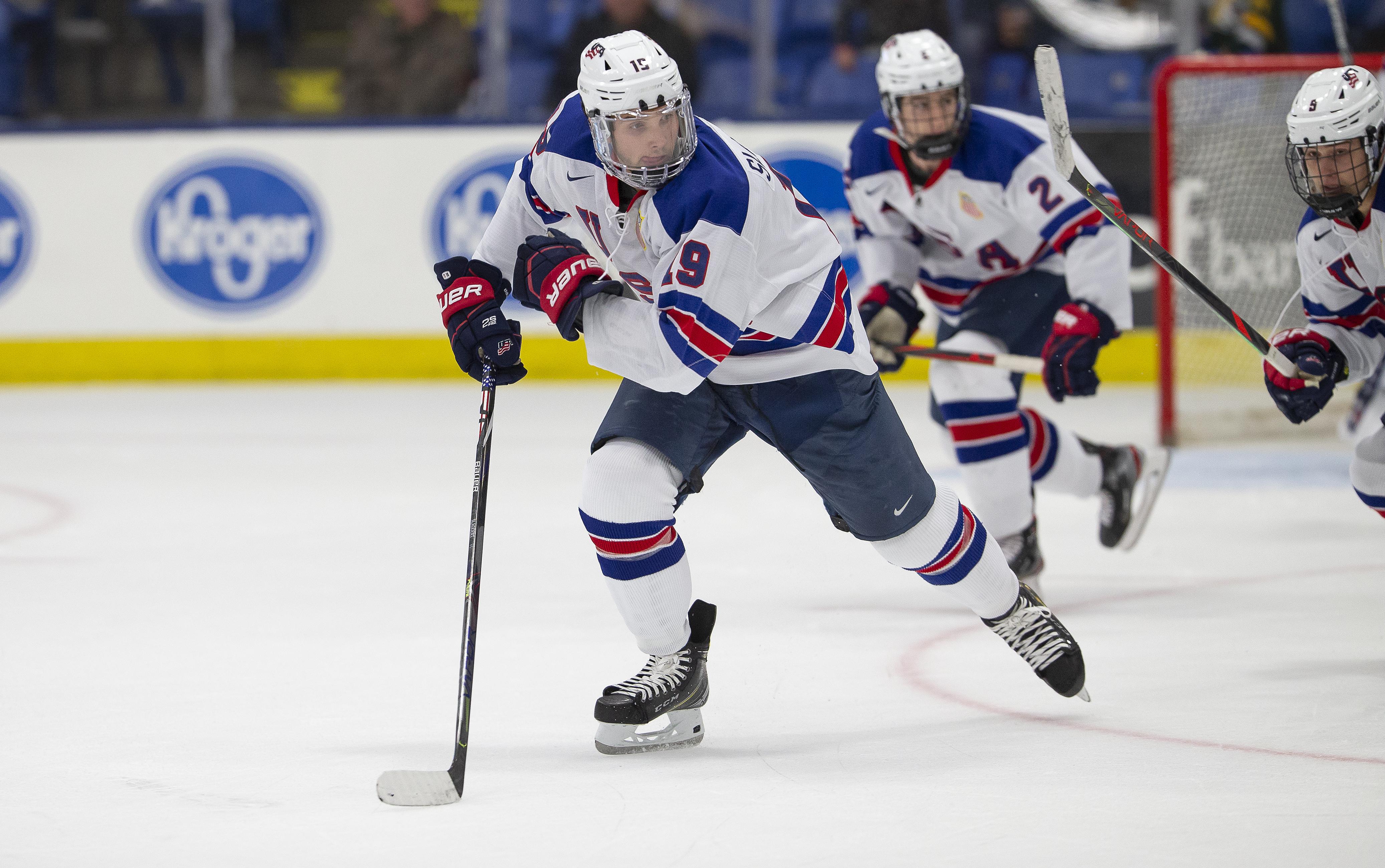 MINNEAPOLIS, Minn. - Landon Slaggert (South Bend, Ind.) scored with 2:47 left in regulation to lift the U.S. National Under-18 Team to a 2-1 win over the Minnesota Golden Gophers Friday night at 3M Arena at Mariucci.

With the game tied 1-1, Slaggert put away a fast-break opportunity to give the U18s back-to-back college wins for the first time this season. Thomas Bordeleau (Houston, Texas) picked up the lone assist on the game-winner, giving him a multi-point effort for the second time in as many nights.

Bordeleau scored the only goal of the game's opening 40 minutes, his 15th of the season, which tied him for the team lead. Luke Tuch (Baldwinsville, N.Y.) collected the assist on the tally.

Former NTDPer Scott Reedy tied the game at 12:20 of the third period before Slaggert won it for Team USA.

Goaltender Drew Commesso (Norwell, Mass.) was sturdy in net as he turned aside 21 of 22 shots in victory. The win improved the Boston University commit's record to 11-5-0-1 on the season.

The U18s are off for the remainder of the weekend before playing in the 2020 Biosteel All-American Game Monday evening at USA Hockey Arena. Tickets for the game can be purchased at USAHockeyArena.com/allamerican.