U17s finish their weekend against Lincoln tomorrow with Nickelodeon Night 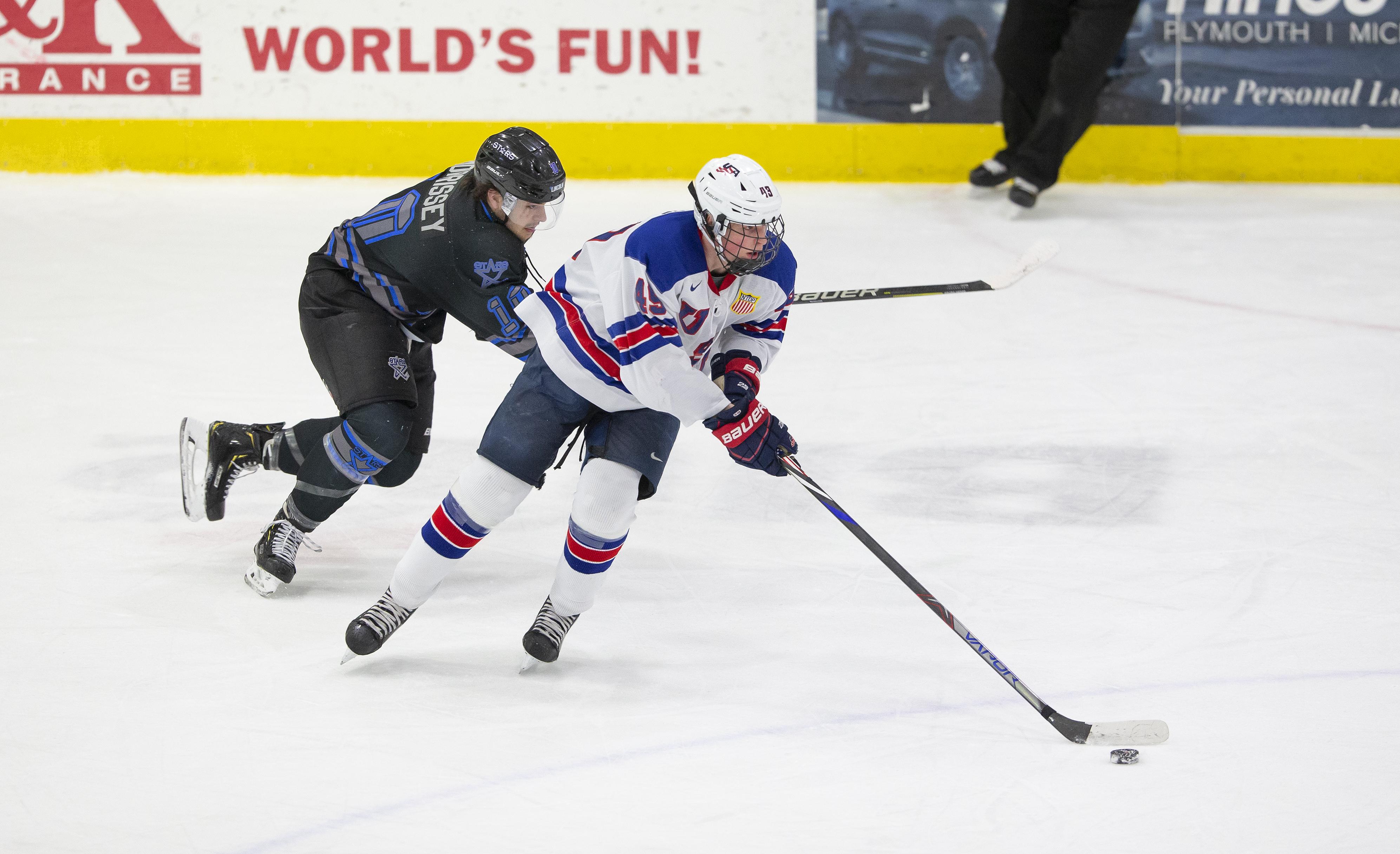 The Stars were the only team to find the back of the net in the first period despite both teams putting up 11 shots on goal.

They continued to extend their lead in the second holding a 4-0 lead at the 8:52 mark.

Jeremy Wilmer (Rockville Centre, N.Y.) put Team USA on the board at 15:07 of the middle period when he sniped a sharp-angle shot from the right corner. Chaz Lucius (Grant, Minn.) and Jack Devine (Glencoe, Ill.) picked up assists on the goal.

The Stars re-took a four-goal lead late in the third before Dylan Duke (Strongsville, Ohio) put up another one for Team USA.

Duke netted his 25th goal of the season to make it a 5-2 game late in the period. Wilmer created a turnover that sprung Lucius and Duke on an odd-man rush. Lucius slid the pass through the slot and Duke finished the one-timer on one knee.

The two teams traded power-play goals in the third.

Roman Schmidt (Midland, Mich.) finished the night’s scoring at the 12:12 mark of the third period. Lucius picked up his third assist of the night and Luke Hughes (Manchester, N.H.) picked up his first with the helpers.