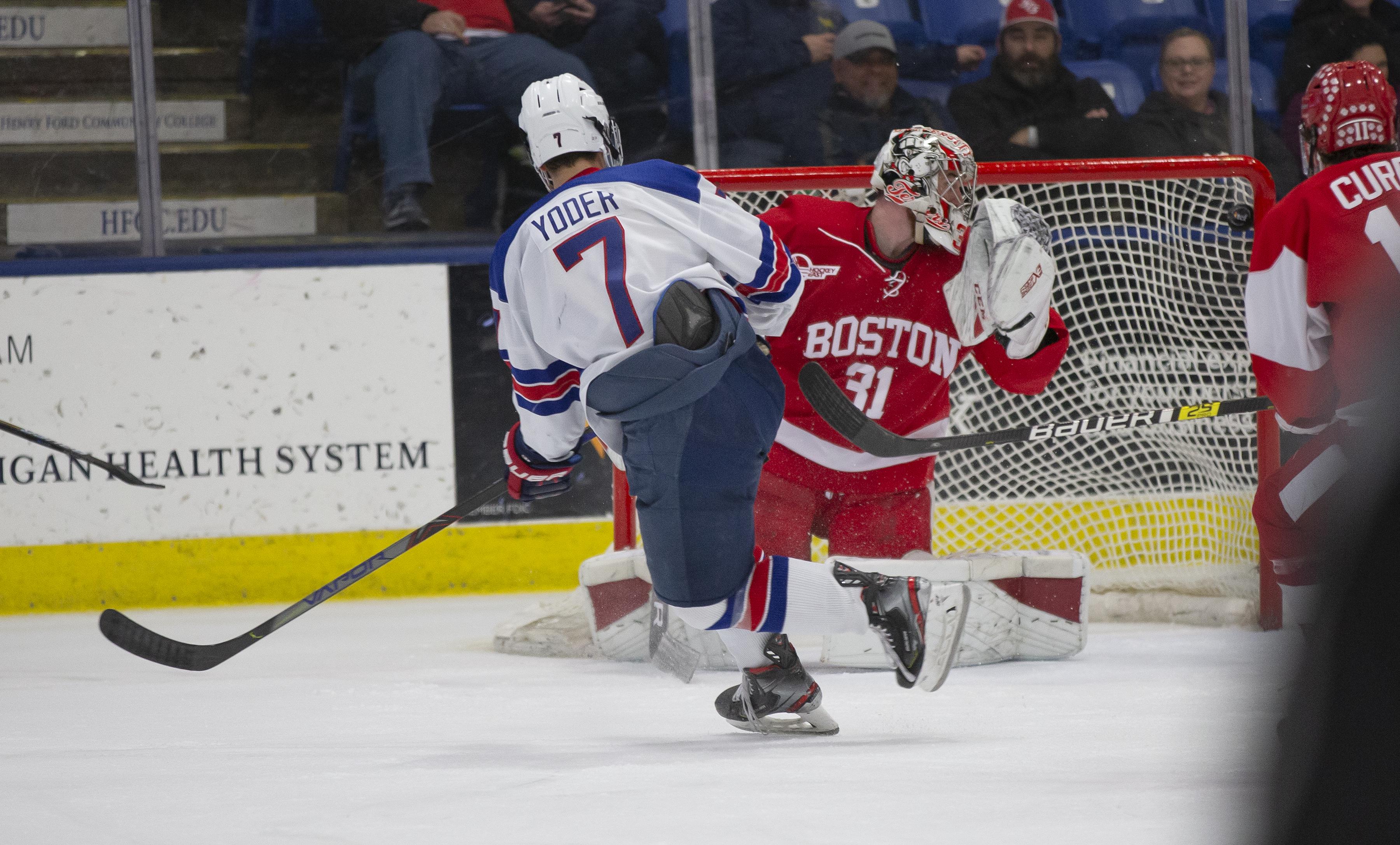 After a scoreless first period in which Boston held a 12-8 shot advantage, Luke Tuch (Baldwinsville, N.Y.)  created an odd-man rush off a turnover and scored with a wrist-shot from the left faceoff circle. Landon Slaggert (South Bend, Ind.) picked up an assist on the score.

Ethan Phillips tied the game for Boston  at 10:33 in the second and the Terriers took a 2-1 lead just 41 seconds later when Alex Brink tapped the puck home from the crease.

The U18s came back to tie the game at two apiece at 15:47 on Yoder's first goal of the evening.  The score was set up by a pair of skilled tape-to-tape passes by Matt Beniers (Hingham, Mass.) and Berard.

The U18s regained the lead early in the third when Yoder scored his second of the game on a rebound at 5:22. Berard collected his 16th assist of the season on the goal while Daniel Laatsch (Altoona, Wis.) got the secondary helper.

The Terriers' Patrick Curry scored from the middle of the ice at 15:25 of the third that tied the game at three and forced overtime.

After five minutes of 5-on-5 overtime the score was still gridlocked at 3 and the two sides played an additional 3-on-3. Neither side netted a goal and the game continued to a shootout.

The U18s were unable to score in the shootout but Wilmer Skoog and Kasper Kotkansalo scored the deciding shootout goals for Boston University.

Drew Commesso (Norwell, Mass.) had another solid effort in net as he stopped 38 of 41 shots on goal against his future team.

The U18s travel to the Alfond Sports Arena where they faceoff against the Maine Black Bears next Saturday at 7 p.m. They return to USA Hockey Arena on Friday, January 31 at 7 p.m. when they play host to Lake Superior State.