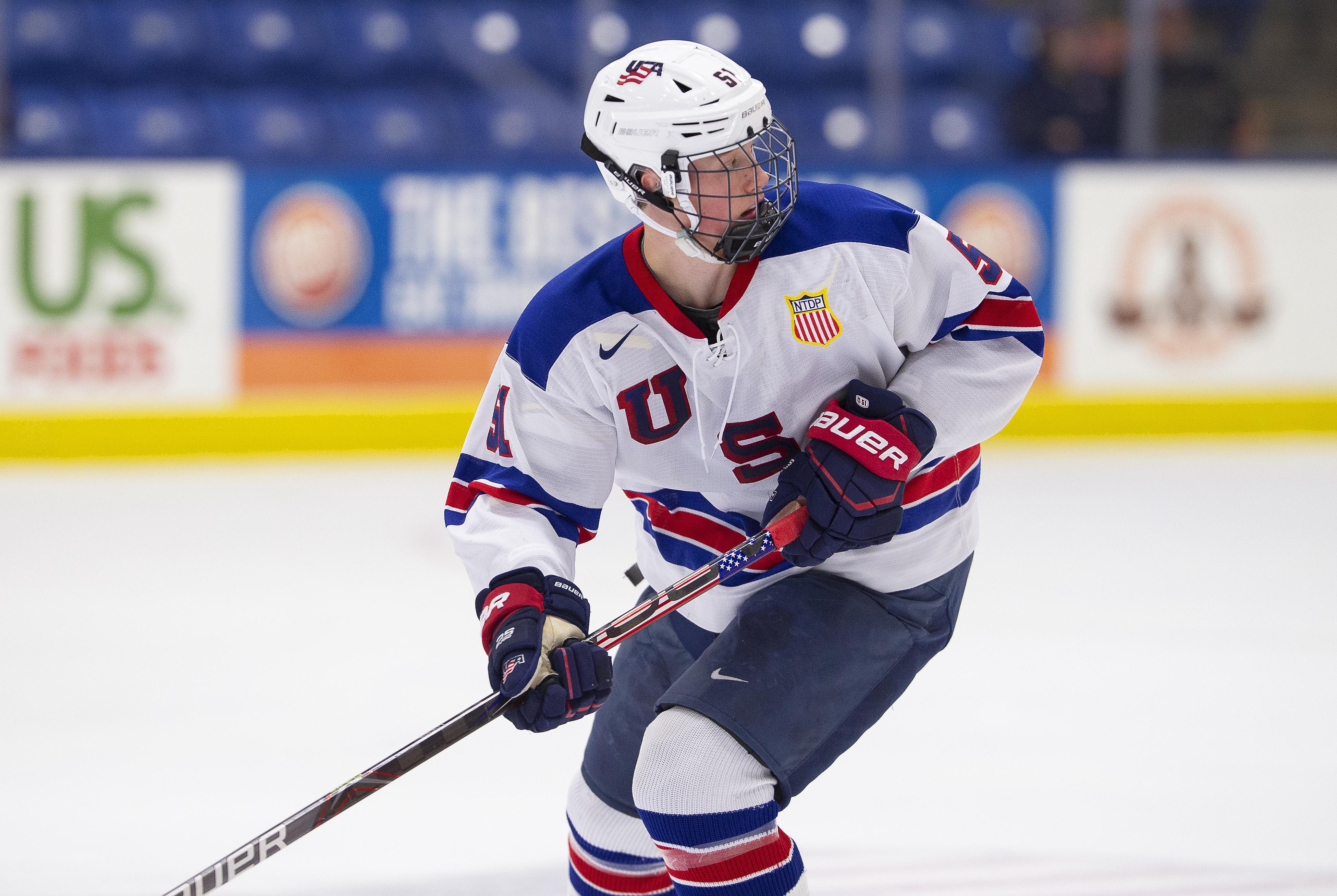 Jared Westcott opened the scoring, netting a breakaway goal at 3:08 mark of the first to give Sioux Falls a 1-0 lead.

Chaz Lucius (Grant, Minn.) corralled a beautiful pass from Sasha Pastujov (Bradenton, Fla.) and sent it into the back of the net, on the power play, to tie the game at the 6:29 mark. Jack Devine (Glencoe, Ill.) picked up the secondary assist on the goal.

The Stampede netted another late in the first to take a 2-1 lead into the intermission.

Sioux Falls added two more in the first three minutes of the middle frame to lead, 4-1 after 40 minutes of play.

Tyler Boucher (Haddonfield, N.J.) lifted the puck, on his backhand, into the net to cut the Stampede’s lead to 4-2 at 2:43 of the third period. Justin Janicke (Maple Grove, Minn.) and Red Savage (Scottsdale, Ariz.) picked up the assists on the goal.

Sean Behrens (Barrington, Ill.) ripped a shot from the point for Team USA’s third goal of the game at 11:48 of the third period.

The Stampede made it a 7-3 game late in the third with goals from Ryan Sullivan and Cameron MacDonald.