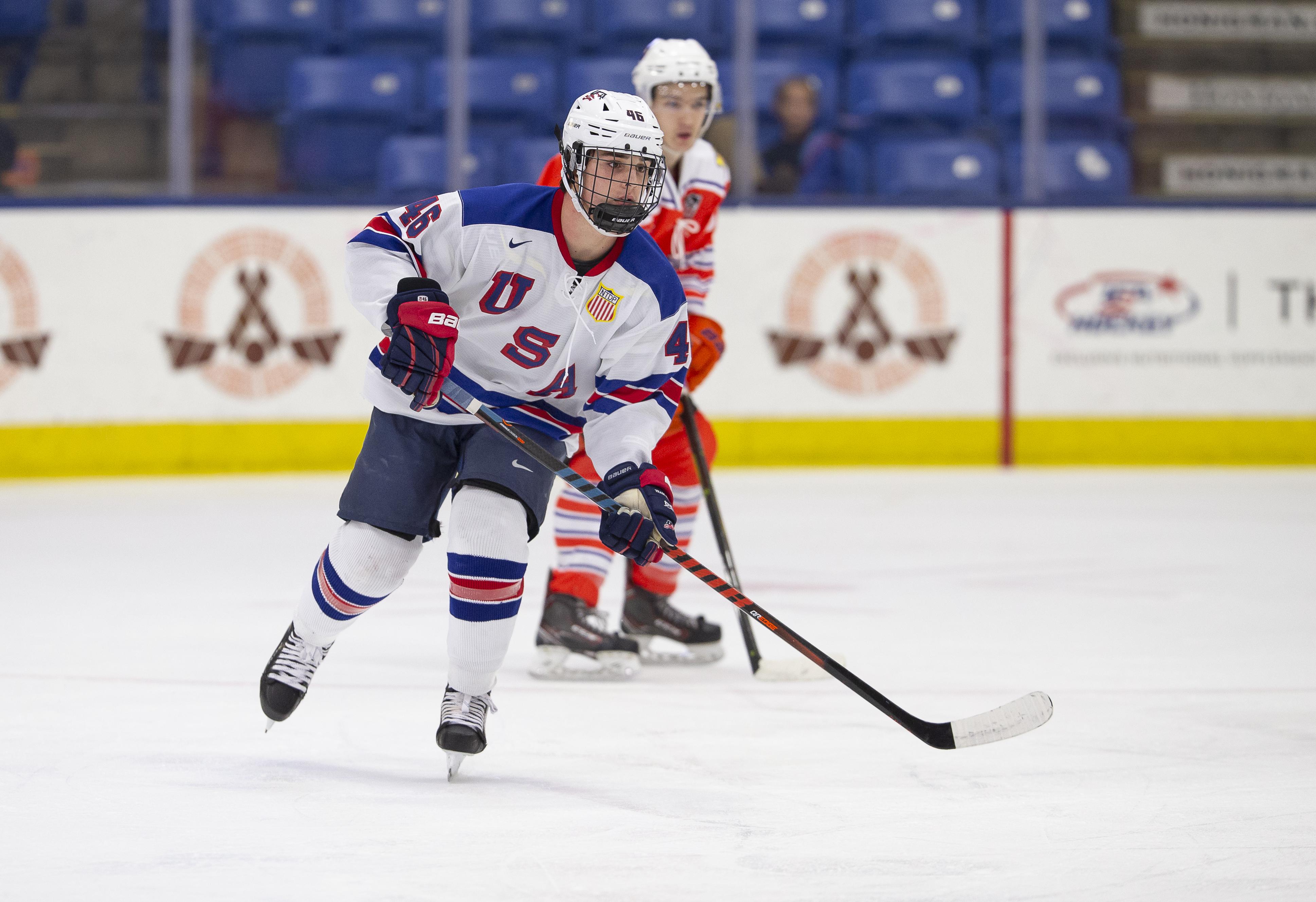 The U.S. National Under-17 Team came from behind to defeat the Dubuque Fighting Saints, 7-5, tonight in a back and forth game. The win marks Team USA’s 11th straight USHL win which sets a new record for the NTDP since joining the league in 2009.

The first period was an offensive showing with six goals netted between the two teams.

The Fighting Saints took an early 2-0 lead before Ty Gallagher (Clarkston, Mich.) put Team USA on the board at 8:05 of the first.

Sean Behrens (Barrington, Ill.) netted his first USHL goal of his career and made it, 4-2 40 seconds later with help from Jeremy Wilmer (Rockville Centre, N.Y.).

Dubuque took a 5-2 lead before the U17s pulled within one.

Ryan St. Louis (Riverside, Conn.) netted his third league goal of the season at the 11:15 mark of the second period. Behrens picked up the lone assist.

Jack Devine (Glencoe, Ill.) netted the eventual game-winner at 14:50 of the third period and Janicke sent in the empty-netter for a 7-5 final score.

The U17s continue their three-in-three tomorrow night in Green Bay, taking on the Gamblers at 8 p.m. ET.