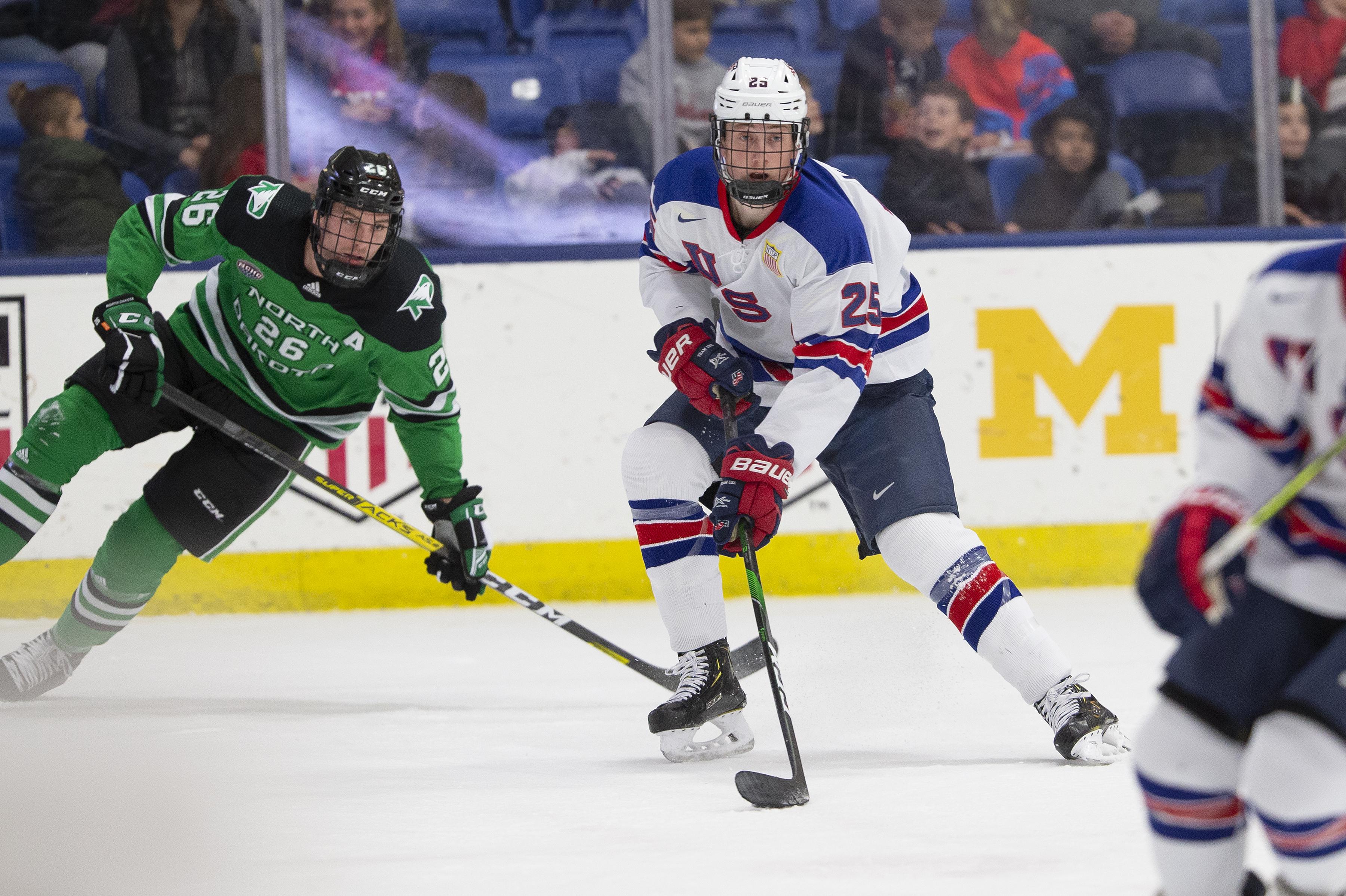 Down 2-0 late in the third, with the goalie pulled and on the power play, Bordeleau emerged with the puck in the slot off a pass from the corner by Dylan Peterson (Roseville, Calif.). Boreleau fired a wrist-shot that cut the lead to 2-1 with 1:31 remaining in regulation.

Jonny Tychonick got North Dakota on the board first when he scored on a one-timer from below the right faceoff circle at 17:39 of the first period. The Fighting Hawks held a 9-5 lead in shots on goal after one.

North Dakota remained ahead 1-0 after the second stanza. Drew Commesso (Norwell, Mass.) made a series of key saves at the eight minute mark of the period, including a rebound from point blank to keep the U18s deficit at one.

Colin Adams finished an odd-man rush opportunity for the Fighting Hawks at 7:40 of the third to extend the lead to 2-0.

After Bordeleau's tally, the U18s pulled the goalie again in an attempt to force overtime, but Jasper Weatherby buried an empty-netter for North Dakota for the 3-1 final.

The U18s hit the ice New Year’s Day at 4 p.m. when Wisconsin visits USA Hockey Arena as part of the Kroger College Series. Tickets for this game and all other home games can be purchased at usahockeyntdp.com/tix or by calling 734-453-8400.