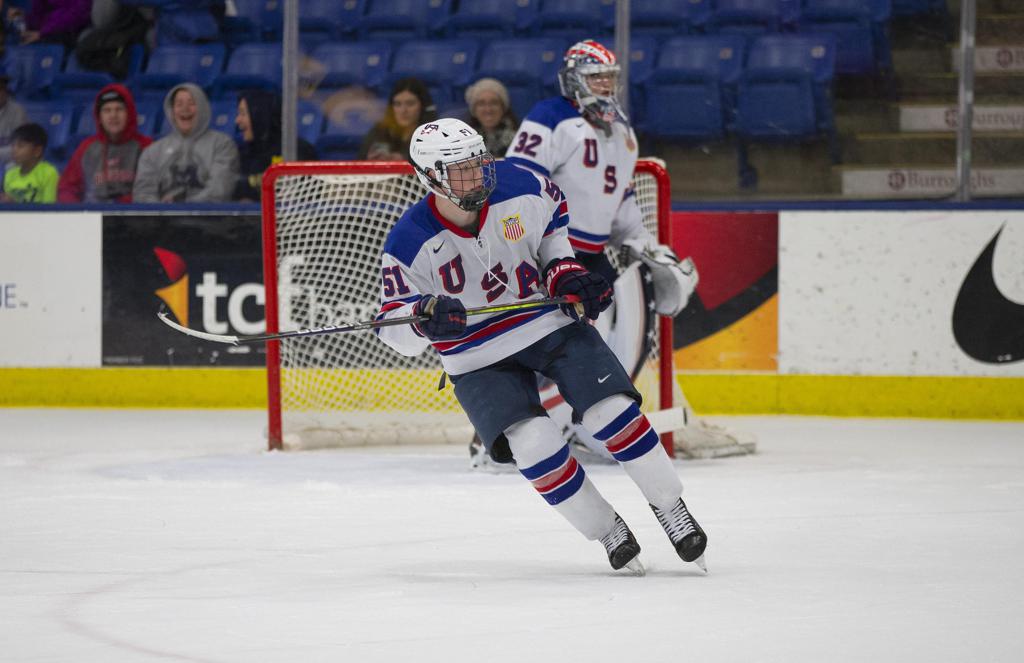 Caden Brown (St. Louis, Mo.) and Dylan Duke (Strongsville, Ohio) also both netted goals in the first to give the U17s a 4-0 lead heading into the second period.

After a scoreless second period, Tyler Boucher (Haddonfield, N.J.) extended Team USA’s lead to 5-0 early in the third period after sending the puck in five-hole on a breakaway.

Ryan St. Louis (Riverside, Conn.) tipped a shot at the front of the net to finished the scoring late in the third and make it a 6-0 final.