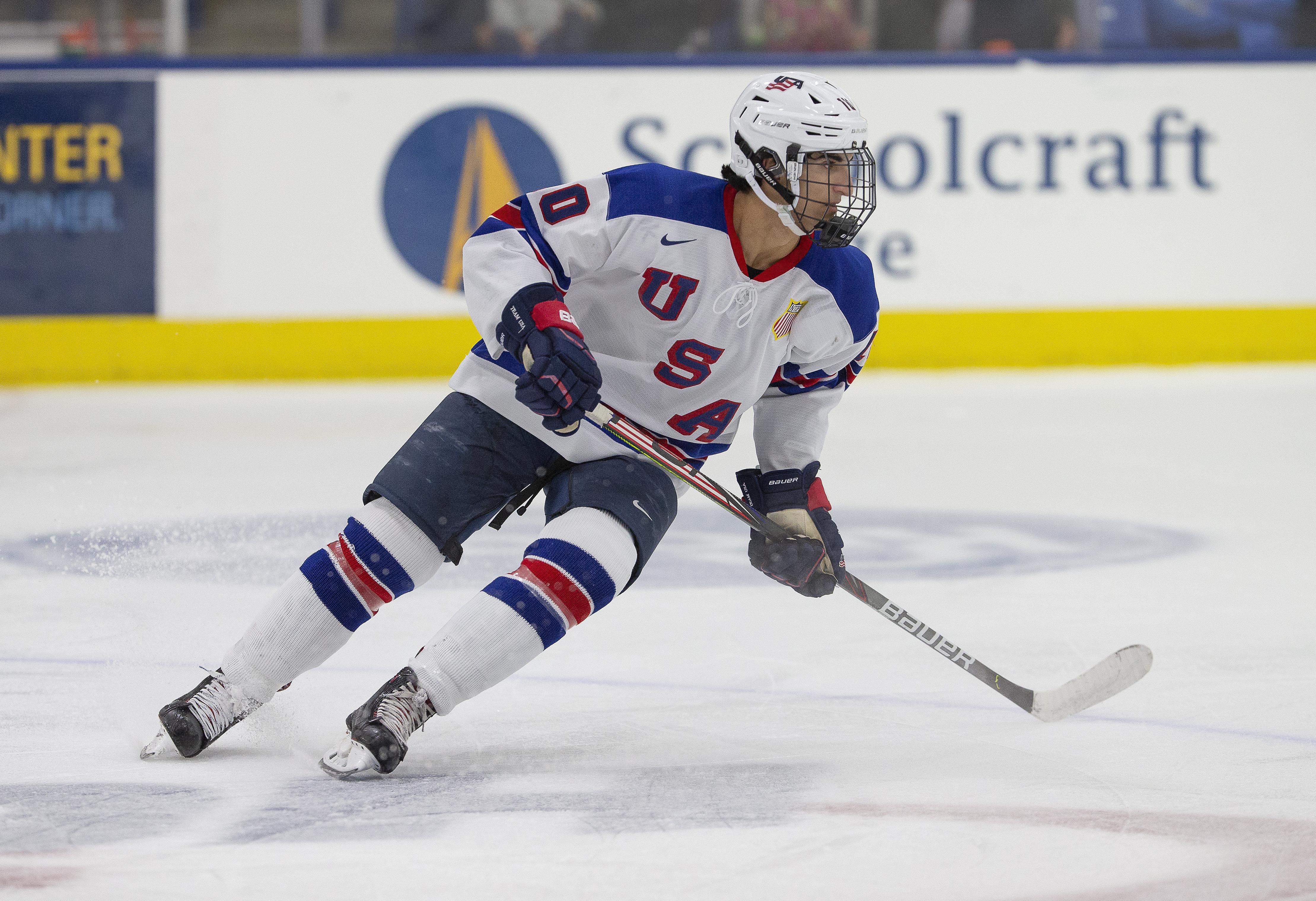 After he blocked a Bulldogs' clearing attempt at the blueline, Brock Faber (Maple Grove, Minn.) took the puck down the right wing and fired a quick wrist-shot on net. Beniers got his stick on the puck before it went in and cut the lead to 2-1 at 8:40 of the second period.

The goal gave Beniers 10 goals and 10 assists for 20 total points over his last 12 games played.

Adrian's Dino Balsamo scored the lone goal of the opening period and Sam Ruffin turned it into a 2-0 game 21 seconds prior to Faber's goal.

Zachary Heintz scored with less than a minute remaining in the second that gave the Bulldogs a 3-1 lead after 40 minutes.

Balsamo added an empty-netter for the 4-1 final.

The loss snaps the Under-18 Team's six game winning streak. The team returns to action two weeks from tonight as they host the University of North Dakota at USA Hockey Arena as part of the NTDP's Kroger College Series. For tickets to that game, or any future NTDP home game, call 734-453-8400 or visit USAHockeyNTDP.com/tix.