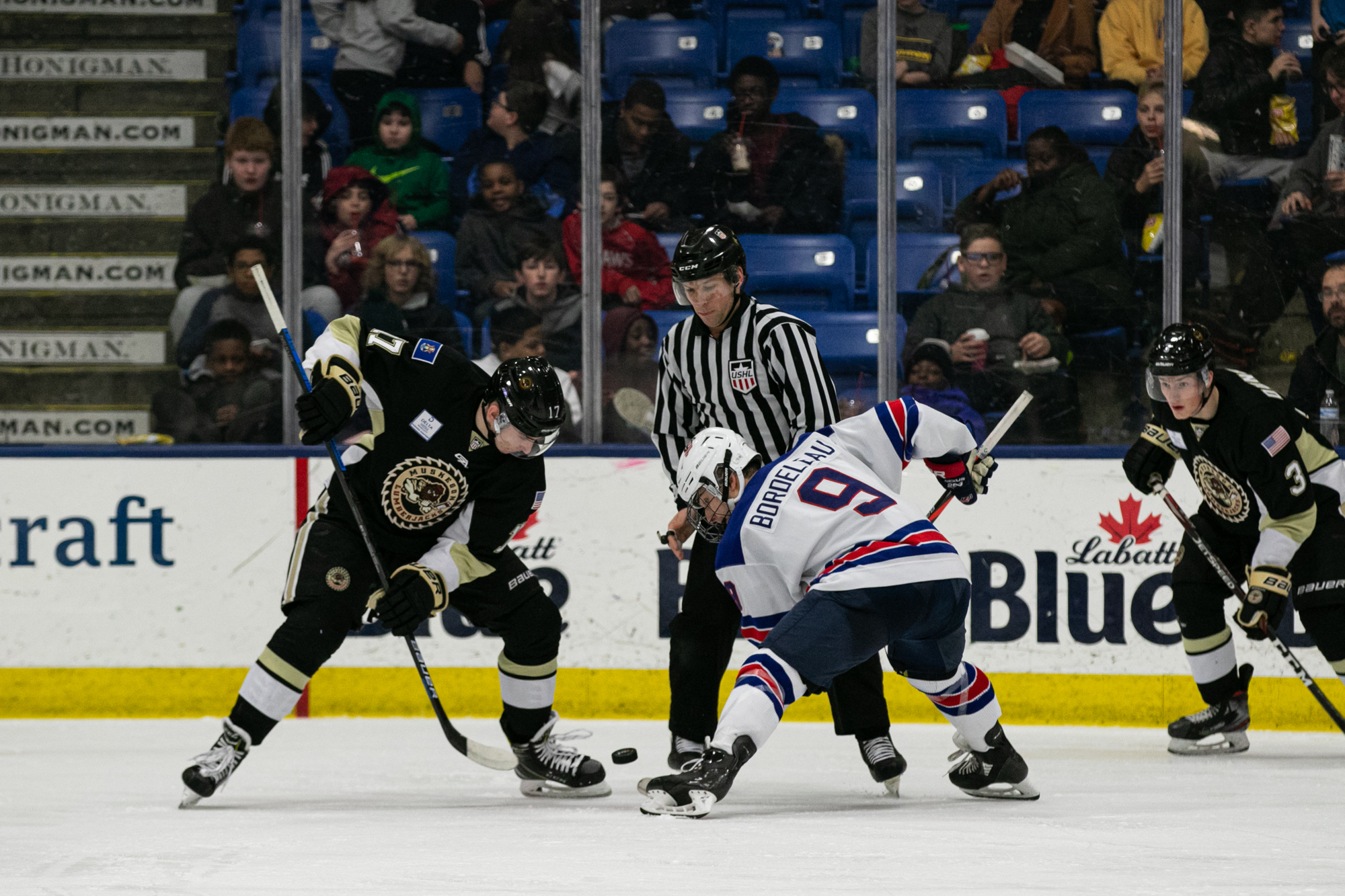 Beniers continued his great play as he scored the game's first goal 92 seconds in after playing a two-man game with Jake Sanderson (Whitefish, Mont.). The duo had a nice give-and-go play in front of the net that ended with Beniers' 13th goal of the season. Berard picked up his first point of the night with the second assist.

Muskegon's Cameron Berg scored to tie the game before the end of the first and the Lumberjacks went ahead 2-1 in the second period.

USA defenseman Eamon Powell (Marcellus, N.Y.) tied the game with a power-play goal at 9:03 of the middle frame. Powell took a wrist-shot from the top of the right circle that hit a Lumberjacks defenseman and bounced into the net. Sanderson and Berard picked up helpers on the tying goal.

Berard gave Team USA the lead when he one-timed a feed from Beniers into an open net. Beniers weaved in between a few Muskegon defenders before he slid a pass through the crease for Berard's 12th goal of the year.

Dylan Peterson (Roseville, Calif.) doubled the advantage to 4-2 with another power-play goal in front of the net. Ty Smilanic (Denver, Colo.) fed Beniers below the goalline, where he quickly redirected a pass to Peterson in front. The Boston University commit connected to push his point streak to five straight games (3g-4a).

Berard finished the scoring with the lone goal of the third when he ripped a feed from Beniers in front of the net. The goal was his 13th of the season and gave both players their fourth points of the night. Powell made it a multi-point effort with the second assist.

Noah Grannan (Germantown, Wis.) made 19 saves in net to pick up the win for the U18s.

Beniers' impressive run leaves him with 19 points (9g-10a) over his last 11 games played.

The team will return to its Kroger College Series slate starting tomorrow night against Adrian College. Game time is set for 7:05 p.m. from Arrington Ice Arena.

After the holiday break, the U18s host the University of North Dakota (Dec. 28), University of Wisconsin (Jan. 1) and Boston University (Jan. 3) at USA Hockey Arena. For tickets, call 734-453-8400 or go online at USAHockeyNTDP.com/tix.