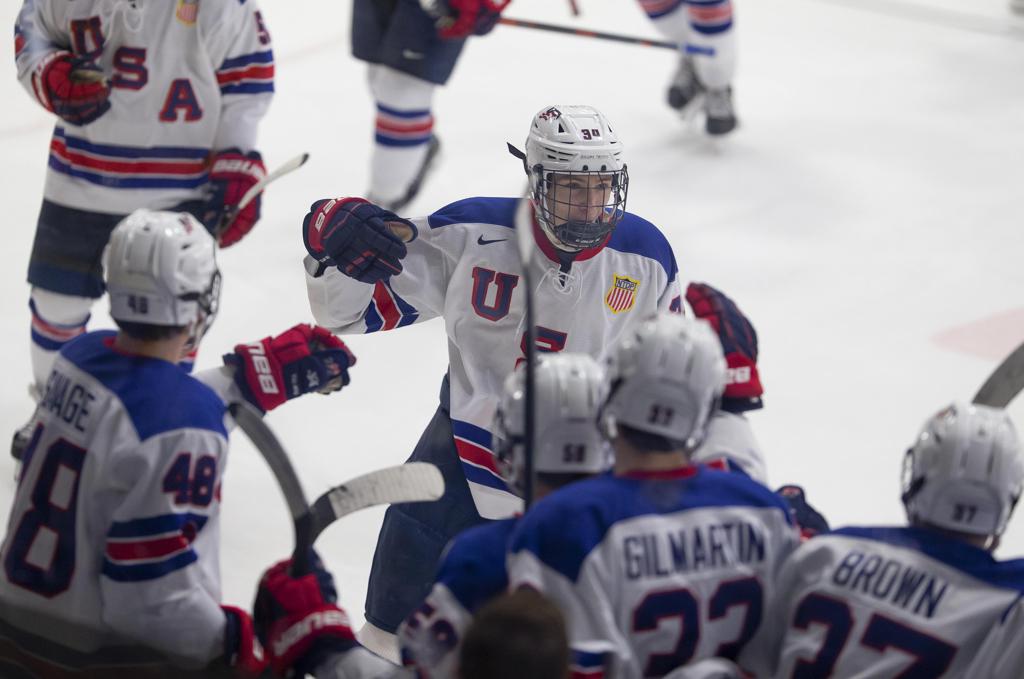 Devine opened scoring early in the first after finishing a breakaway on a pass from Ty Murchison (Corona, Calif.).

Roman Schmidt (Midland, Mich.) netted his second goal of the year, sending a one-timer into the net on the power play.  Sean Behrens (Barrington, Ill.) and Sasha Pastujov (Bradenton, Fla.) picked up the assists on the goal.

Devine netted his second of the game, and Team USA’s second power-play goal of the game, ripping the puck in just under the cross bar to give the U17s a 3-0 lead heading into the second frame.

Team USA kept the consistency in the second adding three more goals. Duke, Jack Hughes and Jacob Martin (Eagle River, Wis.) all got in on the scoring in the middle frame.

Caden Brown (St. Louis, Mo.) added one while Jack Hughes and Duke each tallied their second goals of the game in the third sealing the game, 9-0.