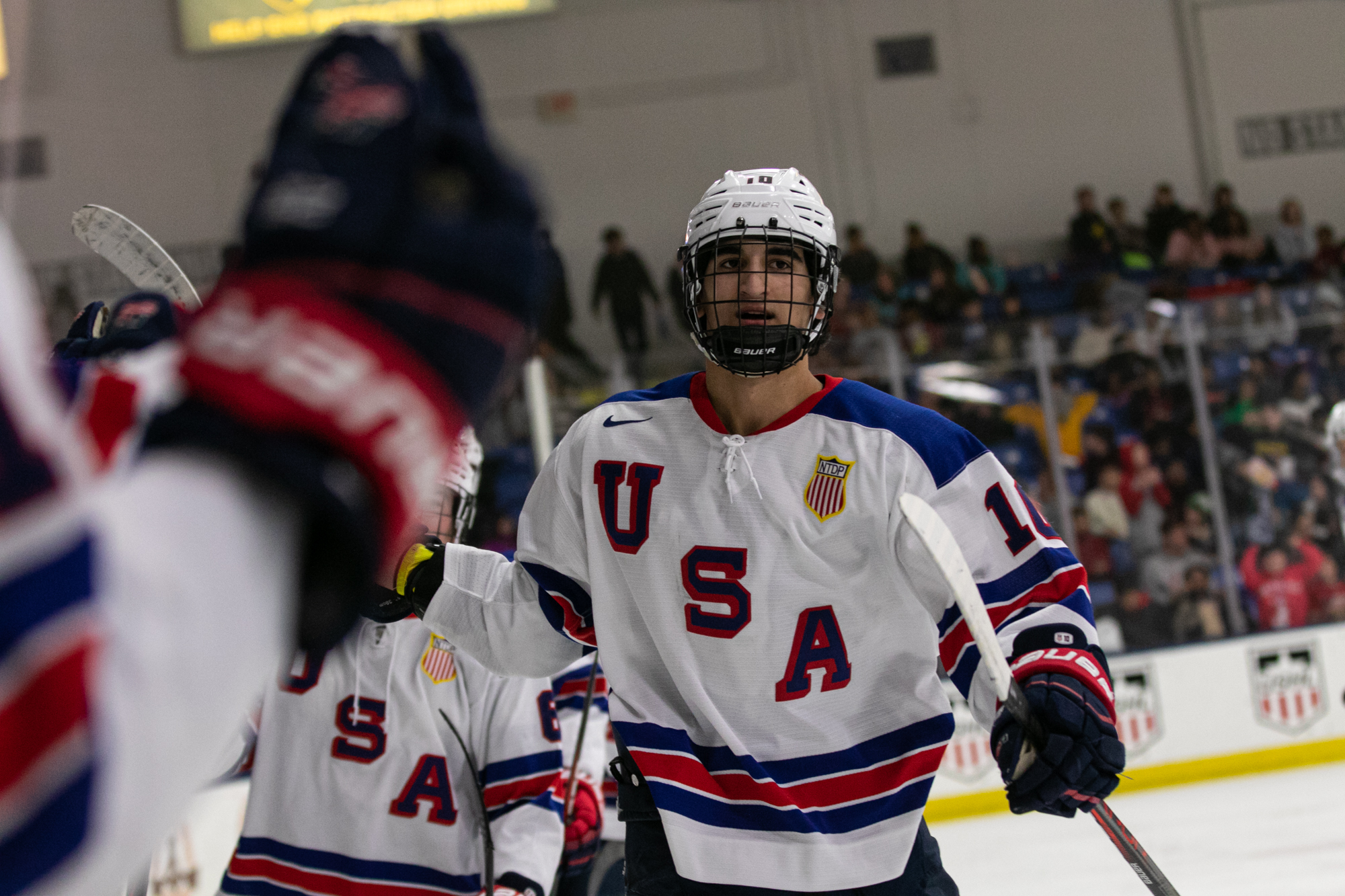 The win was Team USA's ninth straight in the USHL and they now sit in first place in the Eastern Conference with 36 points. The game was played in front of more than 1700 kids from Abbott, Discovery, East and Gill schools.

After a scoreless opening frame, Matthew Beniers (Hingham, Mass.) gave Team USA a 1-0 lead when he fired home a wrist-shot from the slot. Brett Berard (East Greenwich, R.I.) collected a loose puck near the blue line, carved his way towards the net and found an open Beniers who finished for his team-leading 12th score of the season.

Landon Slaggert (South Bend, Ind.) doubled the USA advantage when he knocked home a rebound at 9:43 of the second period. Owen Gallatin (White Bear Lake, Minn.) came out of a scramble with the puck and centered a feed to Luke Tuch (Baldwinsville, N.Y.) for the initial shot. After Jonathan Williams made the first save, Slaggert charged in and got a backhand attempt to slide in for his sixth score of the season.

Berard extended the lead to 3-0 after he took a stretch pass from Beniers and snuck in behind the Muskegon defense. The 5-foot-9 forward put a quick deke on before firing his shot over the shoulder of Williams for his 11th tally of the year.

Hunter Strand (Anchorage, Alaska) made it four straight goals for Team USA with a shorthanded marker at 13:30 of the second. After a Muskegon turnover, Slaggert stole the puck and turned it into a two-on-two opportunity with Strand. The one Notre Dame commit found his future Irish teammate with a cross-ice feed and Strand tucked in his shot from the bottom of the right faceoff circle.

Dylan Peterson (Roseville, Calif.) tacked on another early in the third period with another power-play score. Thomas Bordeleau (Houston, Texas) took the first shot from the left faceoff dot as Beniers screened the netminder. Williams made the save but Peterson sat and the doorstep and poked in his fourth of the season. Gallatin picked up the secondary assist on the goal that made it 5-0.

Muskegon got on the board with a shorthanded goal from Cameron Berg less than five minutes into the third.

USA defenseman Eamon Powell (Marcellus, N.Y.) ended the game’s scoring with a snipe from the right circle on a power play late in the third. Jake Sanderson (Whitefish, Mont.) and Berard picked up the helpers on the score.

Team USA goalie Drew Commesso turned aside 16 of the 17 shots he saw as he won for the eighth time in his last nine decisions.

The two teams will complete the home-and-home set Friday evening at L.C. Walker Arena in Muskegon. Puck drop is slated for 7:00 p.m.

For the latest news on USA Hockey's National Team Development program, follow the team on all social media @USAHockeyNTDP.