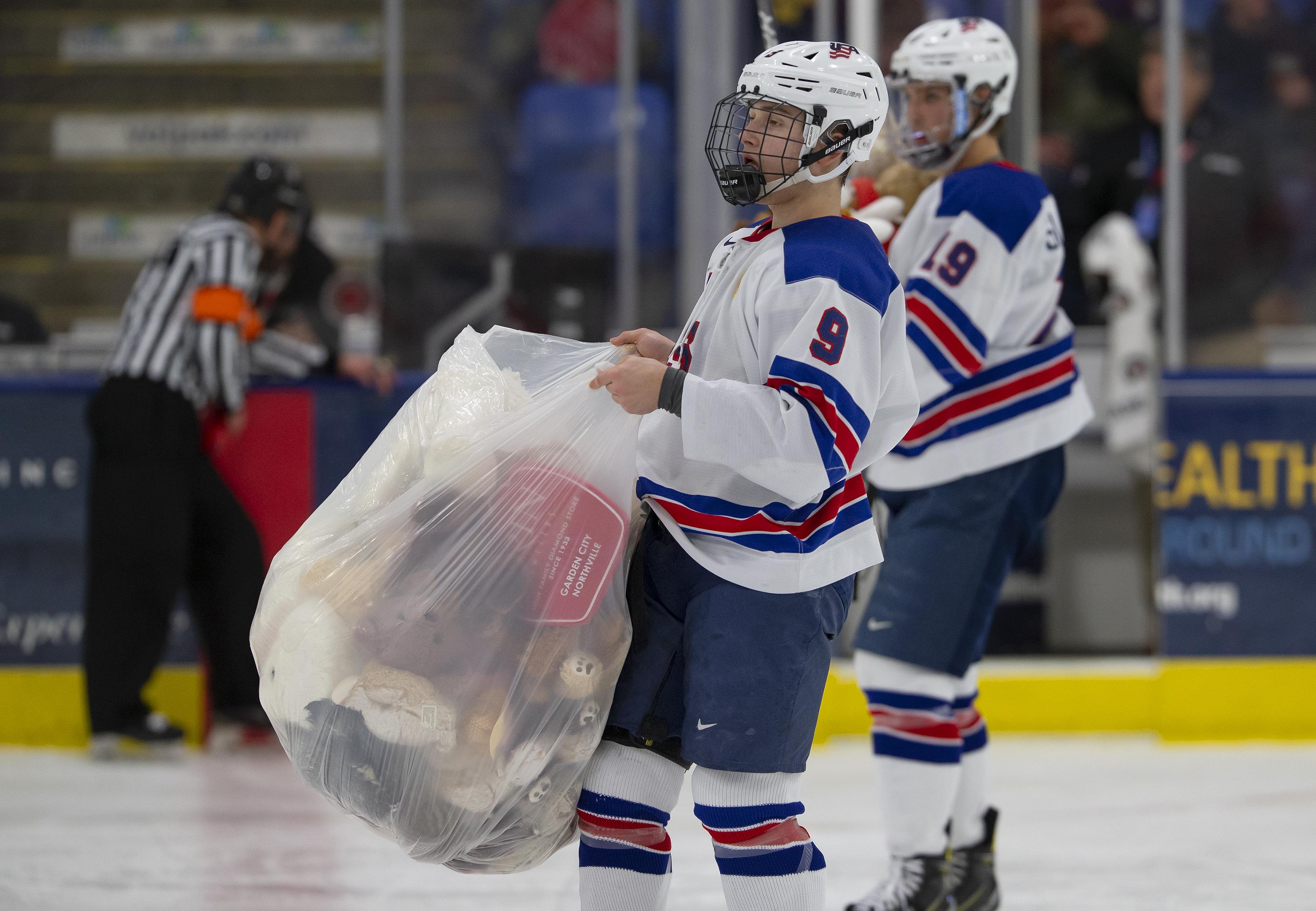 PLYMOUTH, Mich. - The U.S. National Under-18 Team won their fourth consecutive game Saturday night as they came from behind to defeat the Youngstown Phantoms, 3-2, in overtime. The win completed the weekend sweep over Youngstown for Team USA.

Luke Tuch (Baldwinsville, N.Y.) scored the game-winning goal in OT when he finished a beautiful set-up to beat Colin Purcell with a backhanded shot through the five-hole. The goal came off a skilled pass from the blue line by Jacob Truscott (Port Huron, Mich.). Matthew Beniers (Hingham, Mass.) collected the secondary assist for his second point of the evening.

John Beaton scored the only goal of the first for Youngstown with a wraparound at 3:00 to make it a 1-0 game. Team USA lead 13-8 in shots on goal after the first.

Jake Sanderson (Whitefish, Mont.) opened the scoring in the second period when he tied the game at one on a shot from the slot for his fourth of the season. Dylan Peterson (Roseville, Calif.) and Eamon Powell (Marcellus, N.Y.) collected assists on the goal that let the teddy bears rain down from the stands.

The U18s dominated puck possession in the second as they registered 27 shots on net for a two-period total of 40.

Youngstown regained the lead early in the third period on a Georgi Merkulov wrist shot at 5:45.

Late in the third, down a goal and on the power play, Beniers snuck a shot through Colin Purcell's five-hole that tied the game at 14:29. The goal was Beniers' team-leading 11th of the season.  Ty Smilanic (Denver, Colo.) added the lone assist on the tying tally.

Tuch's winner gave him four tallies over the team's past three games played.

The U18s are back in action on Wednesday, December 11th at 10:30 a.m. against the Muskegon Lumberjacks for Kid’s Day. For ticket packages for your group, school or homeschool program, contact the USA Hockey Arena box office at 734-453-8400.