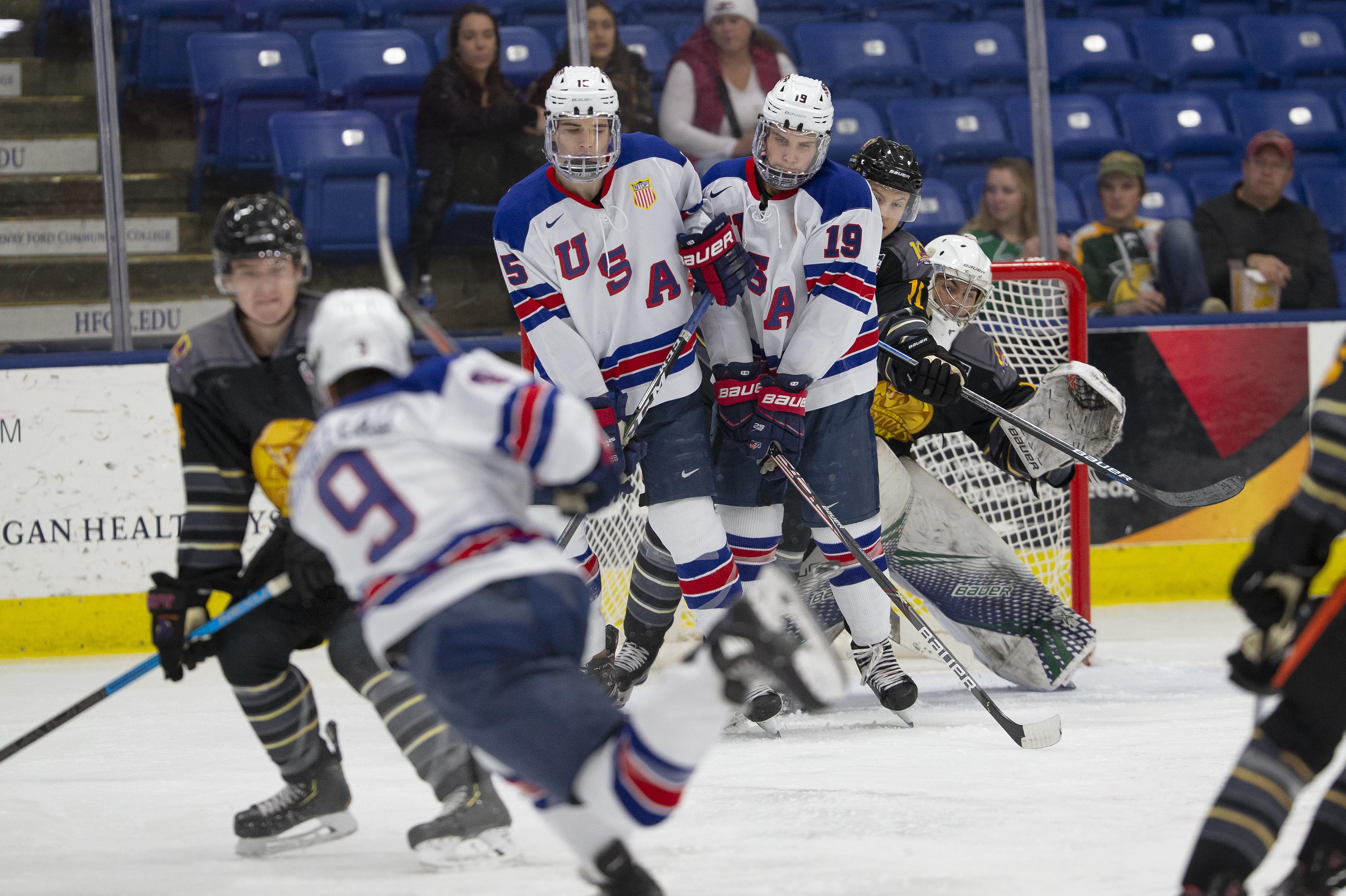 Tuch opened the scoring late in the first when he deflected a shot from Connor Kelley (Maple Grove, Minn.) into the back of the net. Owen Gallatin (White Bear Lake, Minn.) tallied the secondary assist.

Jacob Truscott (Port Huron, Mich.) extended the lead to 2-0 at 18:56 with a wrist shot on the rush. Slaggert and Dylan Peterson (Roseville, Calif.) collected assists.

The scoring was plentiful in the second, as the U18s struck first when Slaggert finished a one-timer assisted by Red Savage (Scottsdale, Ariz.) and Peterson at 4:45 that moved the lead to 3-0.

Trevor Kuntar finished a rebound to get the Phantoms on the board at 8:01.

Tuch scored his second of the night that sent the score to 4-2 at 12:54 off a rebound in front of the crease. Thomas Bordeleau (Houston, Texas) collected his team-leading 13th assist and 23rd point on the goal. Jake Sanderson (Whitefish, Mont.) also added an assist.

Youngstown trimmed the lead to 4-3 at the end of the second with goals by Nikolai Jensen and John Beaton in the last five minutes of the period.

The third period took on a defensive pace until Slaggert scored a power-play goal assisted by Peterson and Sanderson at 13:26 giving the U18s a 5-3 lead.

Chase Yoder (Fairview, Texas) added an empty net goal with an assist from Brock Faber (Maple Grove, Minn.) to cap the scoring at 6-3.

The U18s return to the ice Friday December 6th at 7 p.m. at the Covelli Center in Youngstown for another matchup with the Phantoms. For the latest news on USA Hockey's National Team Development Program, visit USAHockeyNTDP.com or follow the team on social media @USAHockeyNTDP.