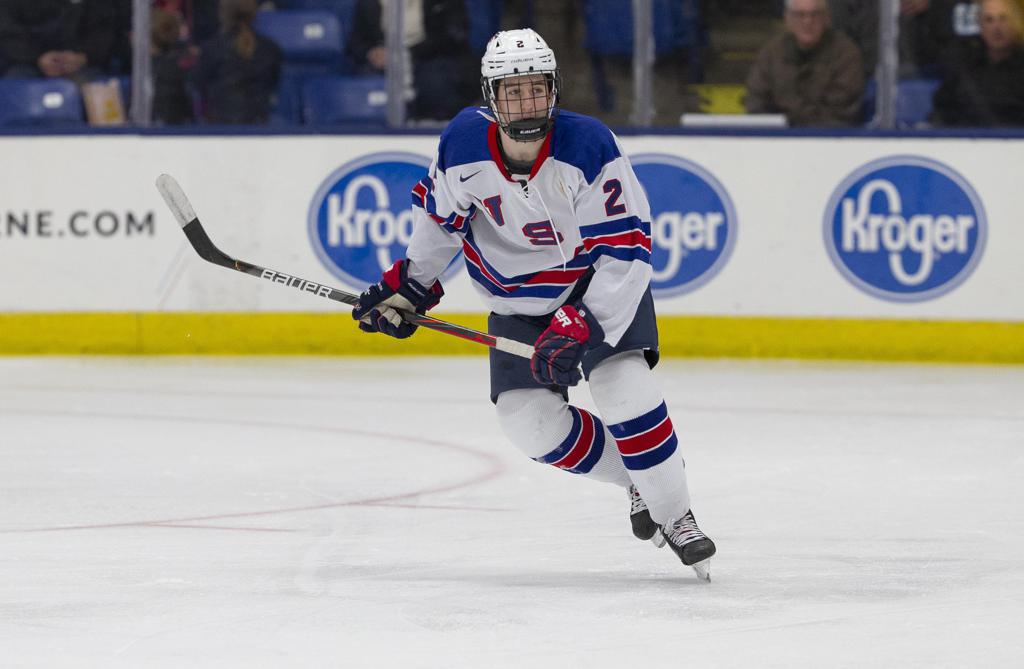 After Tri-City netted the only goal of the opening period, Powell connected on a power play early in the second period. Jake Sanderson (Whitefish, Mont.) and Brock Faber (Maple Grove, Minn.) played catch along the blueline before Sanderson found Powell across the ice. Powell fired from the top of the right faceoff circle for his second score of the season.

The Storm's Nick Portz and Davis Burnside gave Tri-City a 3-1 lead early in the third period.

Truscott cut the lead to one with a wrist-shot from the left point with less than three minutes remaining. Brett Berard (East Greenwich, R.I.) sent a pass from low to high that led to Truscott's first goal of the season. Chase Yoder (Fairview, Texas) picked up the secondary helper on the goal.

The two teams will meet for round two tomorrow evening. Puck drop is slated for 8:00 p.m. EST from Viaero Center.