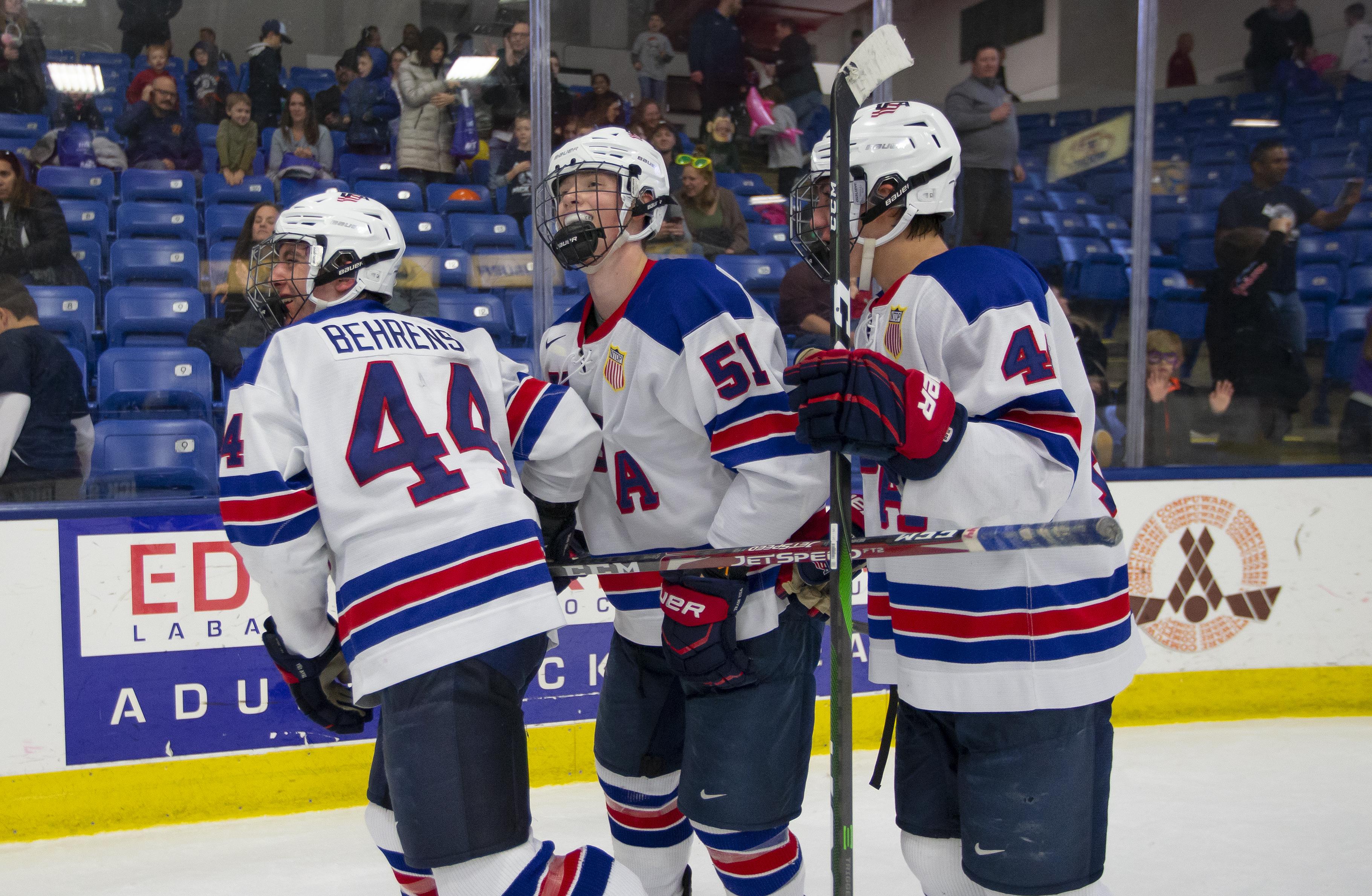 PLYMOUTH, Mich. - Chaz Lucius (Grant, Minn.) scored his 23rd goal of the season with six seconds left in overtime as the U.S. National Under-17 Team extended its USHL win streak to four straight games with a 4-3 overtime victory over the Sioux City Musketeers.

As Team USA trailed, 3-2, with less than four minutes to play, Jack Hughes (Westwood, Mass.) evened the game with his second goal of the night on a rebound in front of the net. Ethan Straky (Ormond Beach, Fla.) took the original shot from the point and Hughes was able to find the loose puck for his seventh score of the season.

Lucius won the game on a between-the-legs pass to himself before he finished with a backhand. Roman Schmidt (Midland, Mich.) and Justin Janicke (Maple Grove, Minn.) picked up the helpers on the game-winner.

After Sioux City opened the scoring, Jeremy Wilmer (Rockville Centre, N.Y) tied the game at one apiece when he knocked home his fifth of the year at 13:53 of the first. Wilmer’s tally came after a gritty effort from Tyler Boucher (Haddonfield, N.J.) to keep the play alive at the top the zone. Boucher fed the puck to Caden Brown (St. Louis, Mo.), who fired a no-look pass out front to Wilmer for the score.

Hughes broke the stalemate at 14:35 of the second when he rifled a wrister from the right dot past Sioux City’s Ethan Haider to give the U17s a 2-1 lead. The goal was set up on a give-and-go from Aidan Hreschuk (Long Beach, Calif.), who collected the lone assist on the play.

Back-to-back goals from Sam Stange put the Musketeers ahead 3-2 halfway through the final frame.

Team USA will go for the weekend sweep tomorrow (Nov. 23) evening as they face the Musketeers again at 7 p.m. For the latest news on USA Hockey's National Team Development Program, visit USAHockeyNTDP.com or follow the team on social media @USAHockeyNTDP.