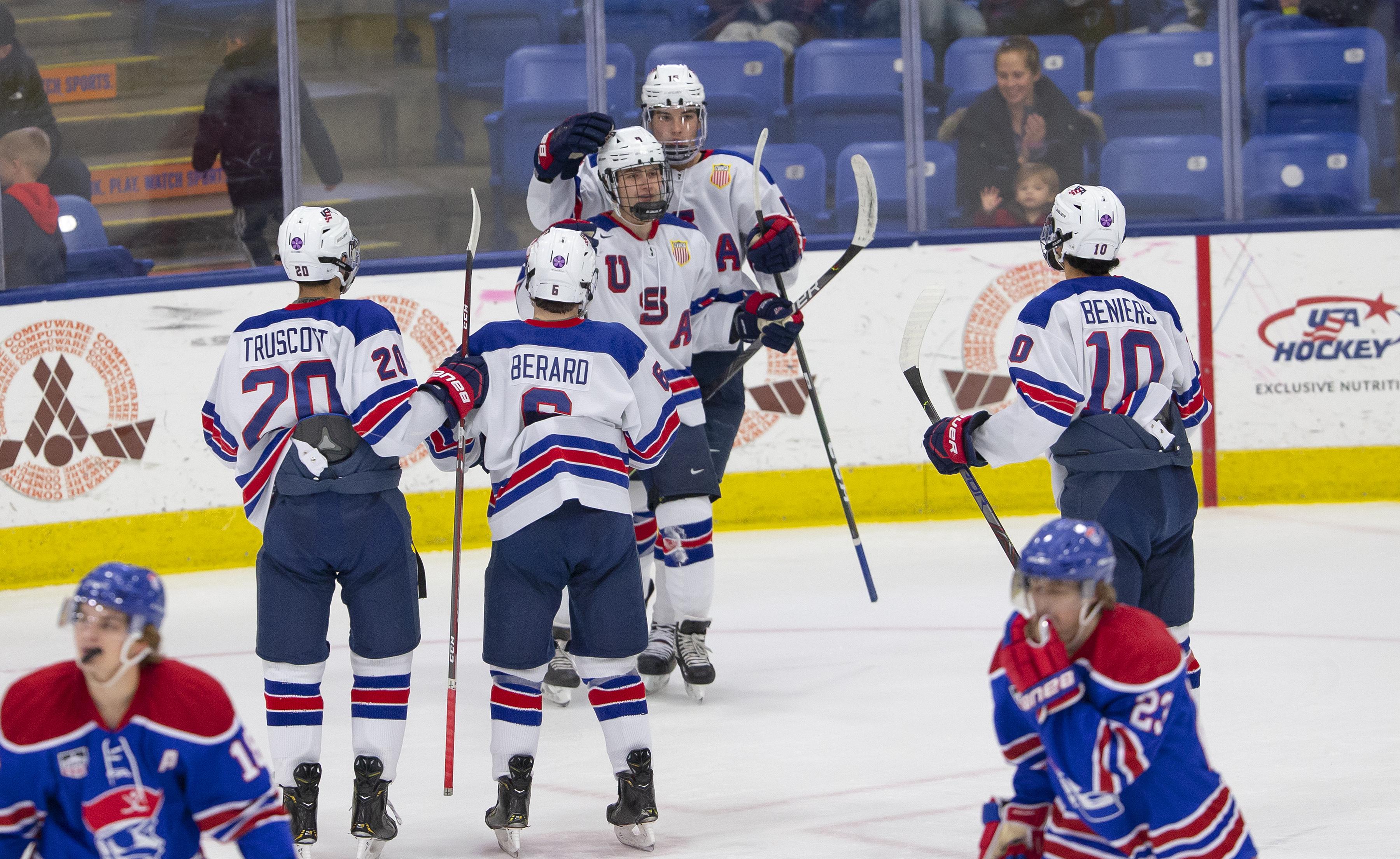 Brett Berard (East Greenwich, R.I.) opened the scoring in the first when he snapped a wrister from the slot past NTDP alum Cameron Rowe (2017-19) for his ninth of the campaign. Thomas Bordeleau (Houston, Texas) earned the assist.

The U18s remained hot on the power play when Bordeleau scored on a one-timer from Matthew Beniers (Hingham, Mass.) and Berard.

Joey Strada trimmed the lead, 3-1 for Des Moines early in the second with a breakaway goal at the 2:34 mark of the second period.

Beniers pushed the lead back to three at the 10:06 mark of the third with a tip-in on the man advantage for the U18s second power-play goal of the contest. Bordeleau and Brock Faber (Maple Grove, Minn.) grabbed assists on the goal.

Noah Grannan (Germantown, Wis.) picked up his fifth win of the season, stopping 11 of 13 shots.

The U18s will hit the road and continue their USHL schedule as they take on the Youngstown Phantoms tomorrow (Nov. 16) at the Covelli Center. Team USA will return home November 22nd and 23rd for Carnival Weekend against the Sioux City Musketeers. For the latest information about USA Hockey's National Team Development Program, follow the team on social media @USAHockeyNTDP.