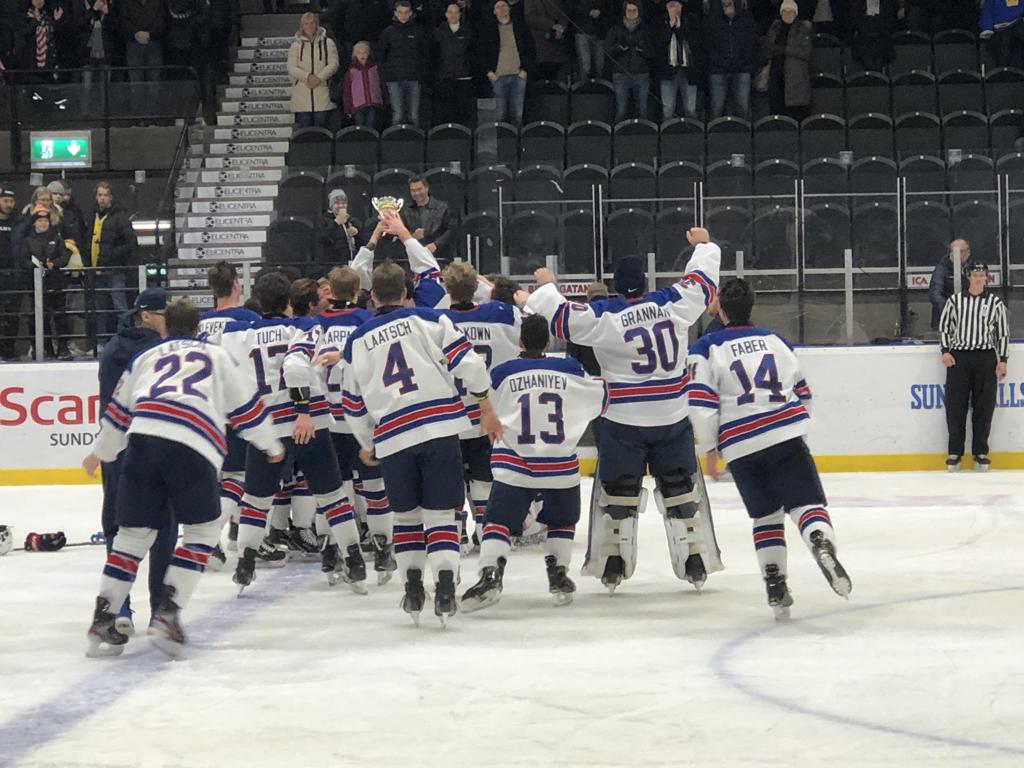 Beniers gave Team USA a 1-0 lead with a power-play score at 15:48 of the first period. Bordeleau took the original shot which was blockered away by Swedish netminder, Jesper Wallstedt. Beniers sat on the doorstep and poked in the rebound for the game's first goal. Dylan Peterson (Roseville, Calif.) also collected a helper on the score.

Berard capitalized off a tremendous team effort to extend the lead to 2-0. Bordeleau raced back to the blueline to keep the puck in the offensive zone and circled it back below the net. Beniers hustled to be first to the puck and slid a no-look pass to a streaking Berard, who one-timed it into the back of the cage.

Strand made it three in a row for the Americans in the last minute of the middle period. In a big jumble behind the Sweden net, Chase Yoder (Fairview, Texas) somehow managed to find Strand in the crease, who connected on his shot with 41 seconds remaining to extend the lead to 3-0.

Sweden got one goal in the third period, but that was all they could muster as Commesso was a rock in net. The American goaltender stopped 29 of the 30 shots he faced and allowed just three goals in three games during the entire tournament.

The tournament championship is this U18s' group third consecutive top-3 finish in international competition after they placed second at the U17 Five Nations in February and took third at the 2018 Four Nations Cup last November.

The team will return stateside and continue their USHL schedule as they take on the Des Moines Buccaneers next Friday (Nov. 15) at USA Hockey Arena. For the latest information about USA Hockey's National Team Development Program, follow the team on social media @USAHockeyNTDP.