Commesso turns aside 20 in net 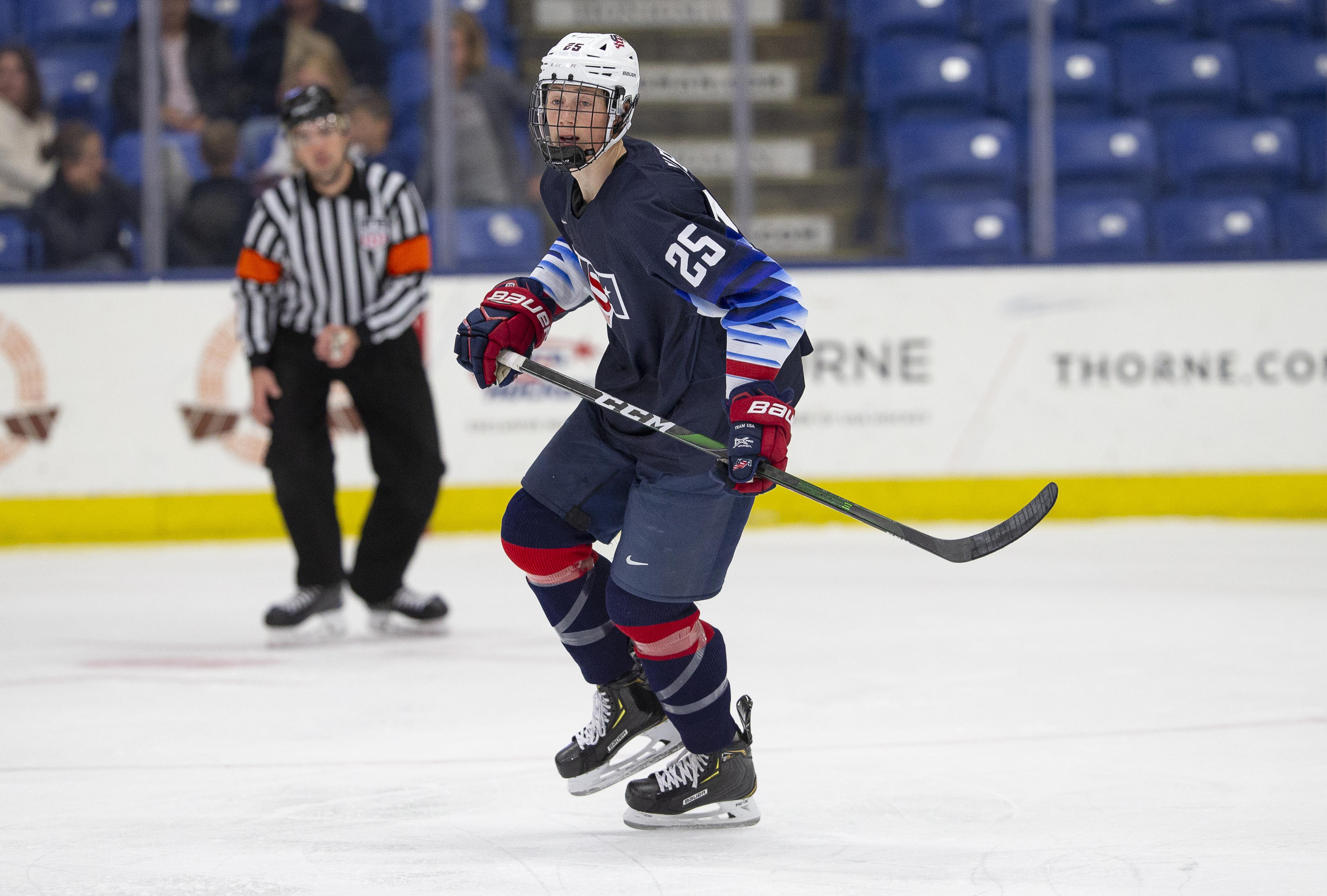 Hunter Strand (Anchorage, Alaska) put Team USA on the scoreboard first with his first goal of the season. Owen Gallatin (White Bear Lake, Minn.) sent the puck deep into the zone where Thomas Bordeleau (Houston, Texas) collected and centered to Strand in the slot. Strand collected and fired home a wrist-shot for a 1-0 lead.

Canisius tied the game before the close of the first when Matt Stief jammed home a puck in front of the USA net at 16:16 of the first.

Chase Yoder (Fairview, Texas) restored the advantage for Team USA when a bouncing puck ended up in the back of the net near the midway mark of the second period. Defenseman Daniel Laatsch (Altoona, Wis.) and Zakary Karpa (Newport Beach, Calif.) picked the assists on the score.

Forward Luke Tuch (Baldwinsville, N.Y.) potted an empty-netter late in the third to cap the scoring at 3-1. Tuch picked up a loose puck in his defensive zone before firing his shot nearly the length of the ice to put the game away with 85 seconds to play.

Commesso was sturdy as he was peppered with shots from the Golden Griffins throughout the afternoon. The win was his fourth of the season.

Team USA accumulated a 30-21 advantage in shots on net. The U18s could not convert on either of their man-advantage opportunities while Canisius finished 1-4.

The U18s have one more NCAA game on their schedule before heading into their first international break of the season. The team is back in action Friday night as they travel to Oxford, Ohio, to take on Miami (OH). Puck drop is set for 7:00 p.m. from Goggin Ice Center.