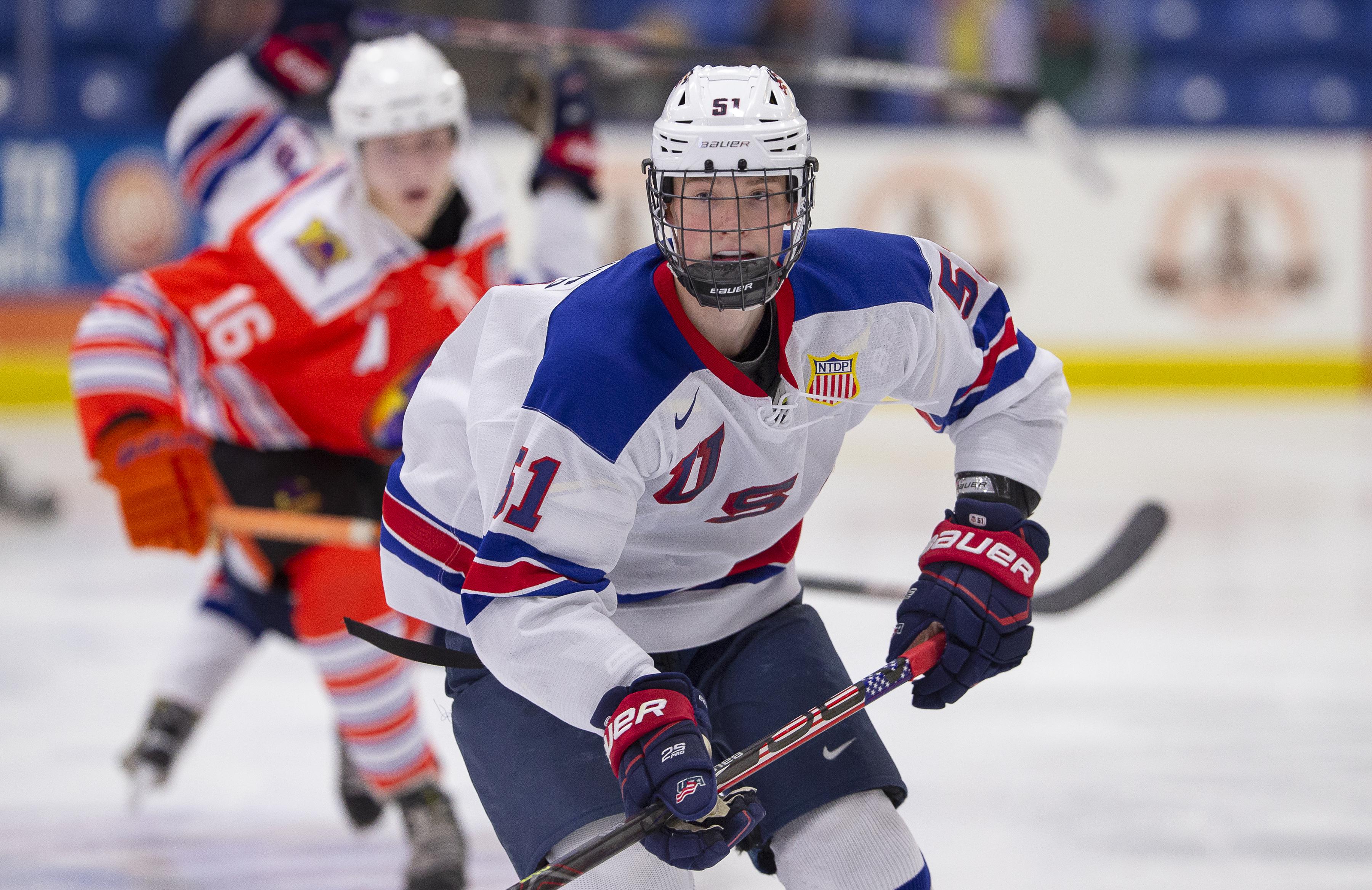 After surrendering the first goal of the night, the U17s answered back with a pair of goals from Janicke and Sasha Pastujov (Bradenton, Fla.) to take a 2-1 lead after 20 minutes.

Janicke tied the game at 13:03 when he found a loose puck in front of the net after a Youngstown turnover. The 5-foot-11 forward took a quick wrister that beat Phantoms' goaltender Colin Purcell through the five-hole.

Pastujov gave Team USA its first lead with a quick shot from the left circle after he evaded a Youngstown defender with a nice dangle. Jack Hughes and Luke Hughes (Manchester, N.H.) collected assists on Pastujov's third goal of the season.

Gilmartin deflected a shot with his body before finding the puck near the goal crease and tapping in for his first USHL score of the season, his third overall goal. Luke Hughes and Janicke netted the helpers on the marker.

Lucius found himself alone in front off a nice set-up from Dylan Duke (Strongsville, Ohio) from behind the Youngstown cage. Lucius connected on the one-timer for his team-leading 13th goal of the season. Defenseman Ty Murchison (Corona, Calif.) recorded his fourth point of the year with a secondary assist.

Youngstown got one score back from Zack Nazzarett, but Red Savage (Scottsdale, Ariz.) answered at the halfway mark of the final period with a highlight-reel backhand goal, his fourth tally of the season. The Miami (OH) University commit powered the puck away from the Phantoms' defense, dangled his way through the crease and roofed a backhand to make it a 5-2 contest.

Jack Hughes scored a shorthanded marker with six seconds remaining for his third point of the night to give the game a 9-2 final.

Goaltender Kaidan Mbereko (Aspen, Colo.) turned aside 14 of 16 shots to earn his third victory for the U17s. Team USA ended the game with a 45-16 advantage in shots.

The U17s are back in action tomorrow night as they host the USHL-leading Dubuque Fighting Saints. Puck drop is slated for 7:00 p.m. from USA Hockey Arena. For tickets to tomorrow's game, or any future NTDP game, visit USAHockeyNTDP.com/tix or call the USA Hockey Arena box office at 734-453-8400.