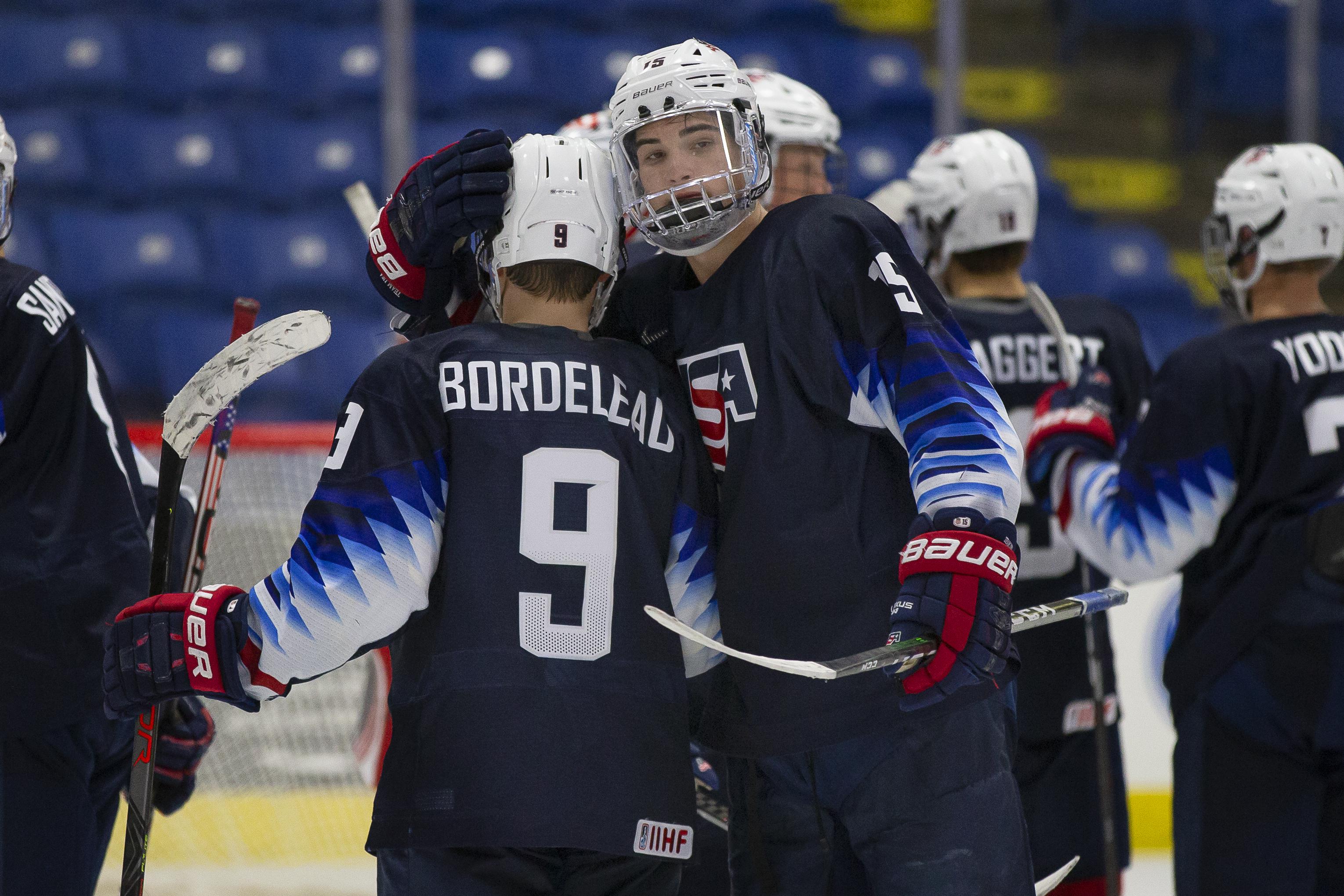 The U18s got the scoring started at 4:12 of the first period when Bordeleau scored his team-leading 7th goal of the season. He skated down the slot with speed and sniped a shot past the Madison goaltender. Owen Gallatin (White Bear Lake, Minn.) and Ty Smilanic (Denver, Colo.) collected the assists.

Team USA was dominant on defense early in the first period as they didn’t allow a shot on goal until the 5:27 mark.

The U18s extended their lead to 2-0 at 12:45 of the first when Smilanic emerged from the corner and finished his own rebound for his second point of the first period. Eamon Powell (Marcellus, N.Y.) tallied the lone assist.

At 16:42 of the second period, the Capitols' Kristof Papp deflected a pass from Carson Bantle into the back of the net that cut the U18s lead to 2-1.

Drew Commesso (Norwell,Mass.) and Madison’s Garrett Mackay made a number of key saves during the period, including a flurry of three rebounds that Mackay saved. The shots were 23-19 in favor of the U18s after the second.

Bordeleau iced the game with an empty-netter assisted by Tyler Kleven (Fargo N.D.) at the 19:49 mark of the third period. The U18s outshot the Capitols 13-3 in the third period for a final shot count of 36-22.

Commesso stopped 21 of 22 shots while registering his third win of the season.

The victory was Team USA’s third straight moving their USHL record to 5-5-0-0.

The U18s return to the ice next weekend on Saturday (Oct. 26) at James Lynah Rink when they square off against Cornell University. They’ll return to USA Hockey Arena on November 15 against the Des Moines Buccaneers at 7 p.m. ET. Tickets can be purchased at USAHockeyNTDP.com/tix. For all the latest news on Team USA, follow the team on all social media @USAHockeyNTDP.