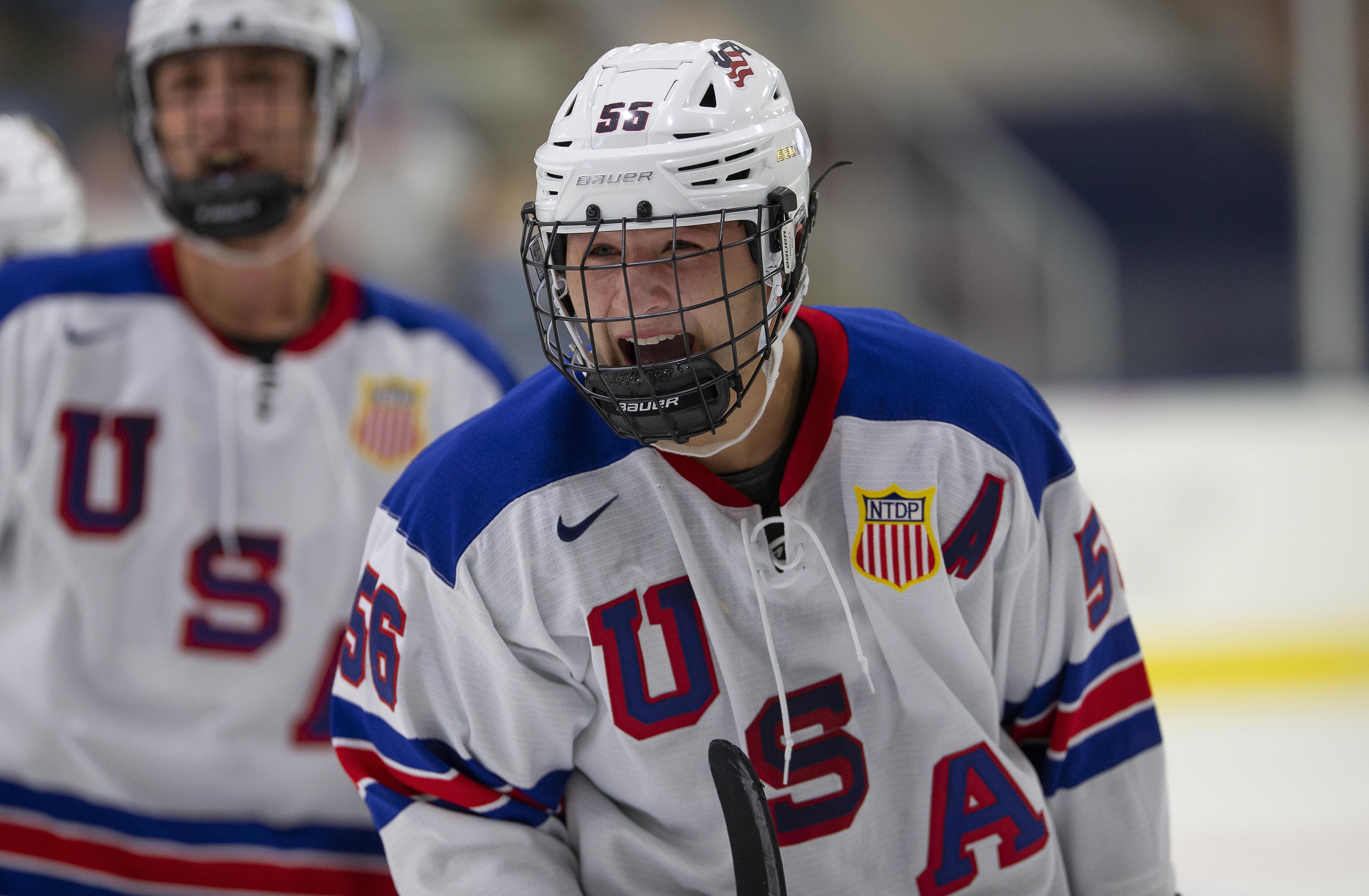 PLYMOUTH, Mich. - The U.S. National Under-17 Team took a 5-3 lead into the third period but were unable to hold on as the Green Bay Gamblers rallied for a 6-5 win Friday night at USA Hockey Arena.

After Green Bay opened the game's scoring, the U17s answered as Dylan Duke (Strongsville, Ohio) netted his fourth goal of the year on a nice set-up from Sasha Pastujov (Bradenton, Fla.) at 14:42.

Green Bay's Tyler Paquette scored with less than two minutes remaining in the period to give the Gamblers a 2-1 advantage heading into the first intermission.

The U17s came out strong in the second, registering 19 shots and finding the back of the net four times.

Janicke grabbed his eighth score of the year when he pushed home a loose puck on the goal-line after the original shot from defenseman Roman Schmidt (Midland, Mich.).

Lucius gathered his team-leading 12th goal of the year on a terrific individual effort when he got in behind the Gamblers defense. Duke fired a pass the length of the ice to lead Lucius into the offensive zone. The 6-foot tall forward finished the play with a backhand deke over the shoulder of the Gamblers goalie to give Team USA a 5-3 lead.

Green Bay scored three times in the third period, capped off by Jake Schmaltz's goal to give the Gamblers a lead at 11:38.

Team USA finished the game with a 47-27 shot advantage.

The U17s return to action tomorrow night as they travel to Chicago to take on the Steel at Fox Valley Ice Arena. Puck drop is slated for 8:00 p.m. ET from Geneva, Illinois.

For the latest news on USA Hockey's National Team Development Program, follow the team on all social media @USAHockeyNTDP.