Berard and Beniers score twice each as Team USA wins, 4-2 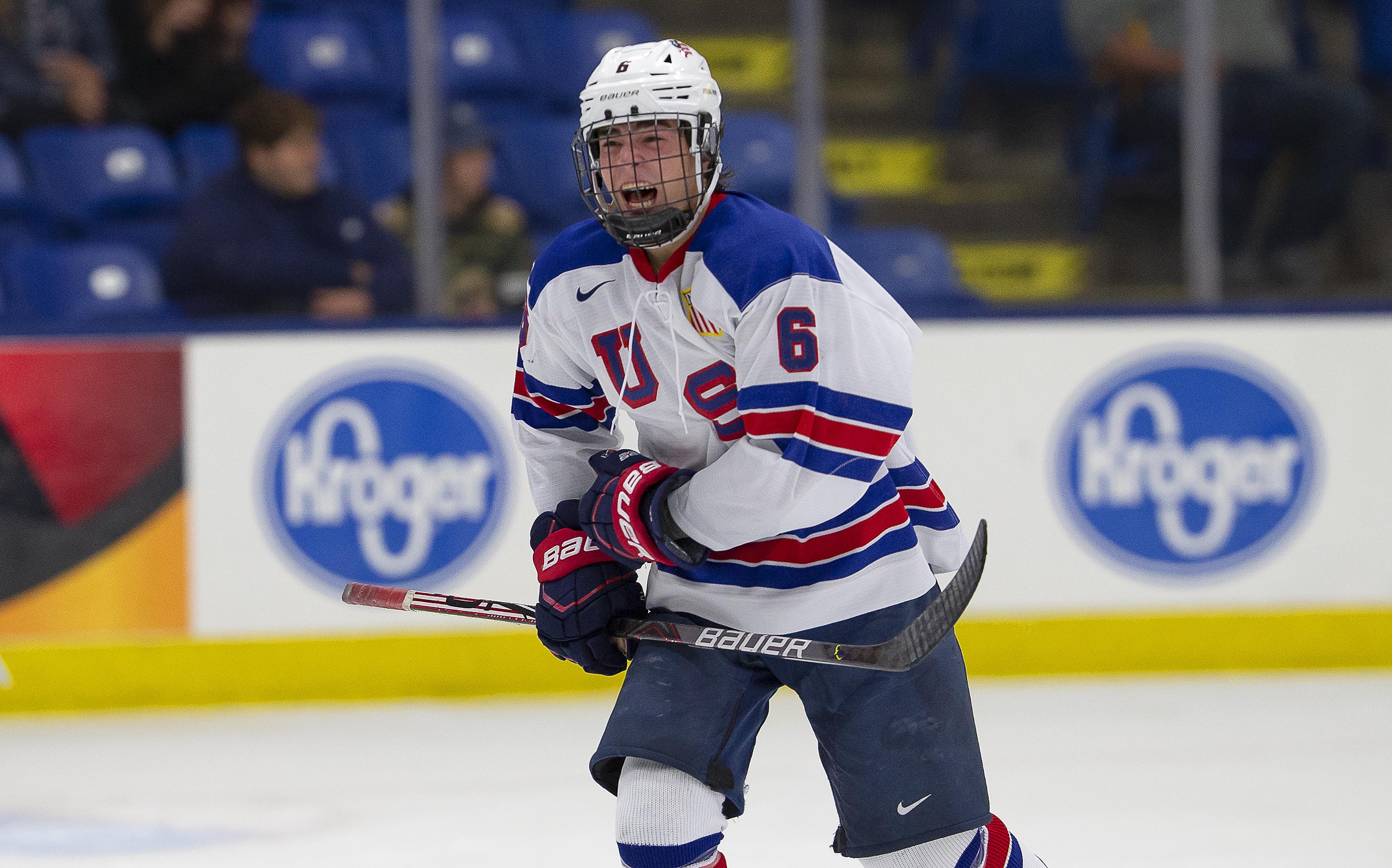 WORCESTER, Mass. - Brett Berard (East Greenwich, R.I.) scored his second goal of the game with 3:04 remaining in regulation to lead the U.S. National Under-18 Team to its first NCAA victory of the season, 4-2 over Holy Cross Sunday afternoon at the Hart Center.

After a scoreless opening frame, Team USA jumped out of the gates in the second period as Matthew Beniers (Hingham, Mass.) scored just ten seconds in, his second goal of the season.

Berard notched his first of the game less than five minutes later to increase the U18s lead to 2-0. Chase Yoder (Fairview, Texas) collected the lone assist on the play.

The Crusaders made a run before the end of the period as their pair of goals tied the contest at 2-2 after 40 minutes of play. Holy Cross got markers from Ryan Leibold and Arthur Vincent.

In the game's closing minutes, Berard found the back of the net for the second time this afternoon, his fourth of the season. Beniers collected a helper on the goal, his second assist of the year.

Beniers added a shorthanded empty-net goal with one second remaining on the click for the 4-2 final.

Team USA goaltender Drew Commesso (Norwell, Mass.) made 31 saves on 33 shots to pick up the win in net.

The U18s NCAA Series continues next Friday when they travel to Lansing, Michigan, to take on the Michigan State Spartans. The team then returns to USA Hockey Arena for USHL action against  Madison on Saturday and Sunday. Tickets can be purchased for any future Team USA home game at USAHockeyNTDP.com/tix.

For the latest information on USA Hockey's National Team Development Program, follow the team on all social media @USAHockeyNTDP.