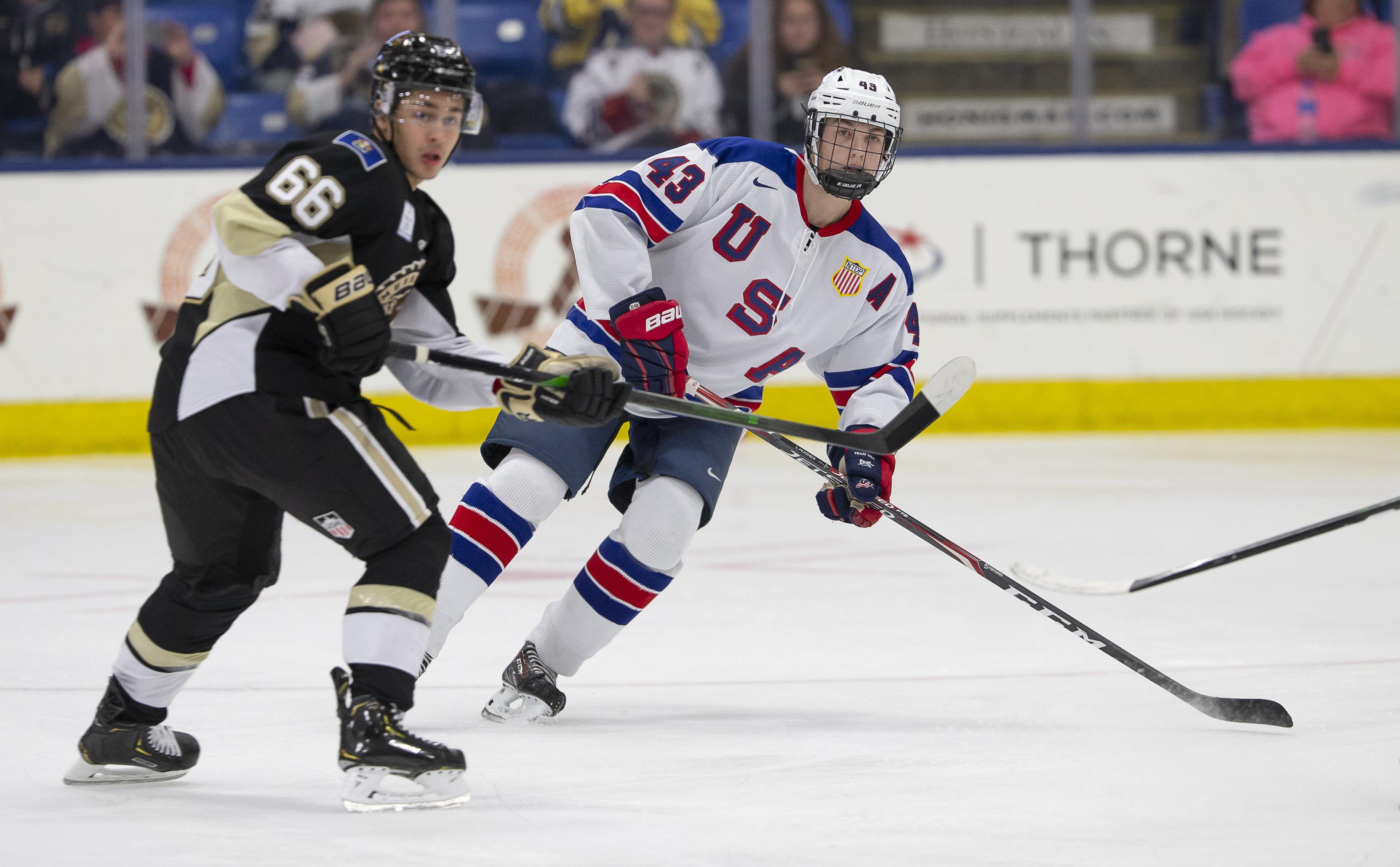 The Under-17 Team fell to the Muskegon Lumberjacks, 7-4, for the second straight night Saturday (Oct. 12) despite two goals from Luke Hughes (Manchester, N.H.) and two assists from Jack Hughes (Westwood, Mass.).

Muskegon opened scoring early at the 1:24 mark of the first period before Luke Hughes evened the score.

Luke Hughes took a shot from the right point, on the power play, at 6:49 of the first period to even the score, 1-1.  Jack Hughes and Sasha Pastujov (Bradenton, Fla.) picked up the assists.

After Muskegon pulled ahead 2-1, Luke Hughes once again evened things at two apiece. Jeremy Wilmer (Rockville Centre, N.Y.) picked up his first point of the night while Jack Hughes grabbed his second with the assists.

Muskegon scored two quick ones to pull ahead, 4-2 in the middle of the second period.

At 16:43 of the second period, Jack Devine (Glencoe, Ill.) brought the U17s within one. Red Savage sent the puck from behind the goal line to Devine in the slot where he was able to put it past Lumberjacks’ netminder, Noah Giesbrecht.

Danil Gushchin extended the Lumberjacks’ lead to 5-3 in the third period.

After a big save by Gibson Homer (Grand Rapids, Mich.), Justin Janicke (Maple Grove, Minn.) was fed a pass for a partial breakaway. Janicke sent the puck into the net on his backhand to make it, 5-4.

Gushchin netted his second of the night for the Lumberjacks at 17:31 of the third to make it, 6-4 and Oliver MacDonald added an empty-netter for a 7-4 final.

The U17s are back home Friday (Oct. 18) and Saturday (Oct. 19) at USA Hockey Arena as they take on the Green Bay Gamblers at 7 p.m. ET. Tickets can be purchased at USAHockeyNTDP.com/Tix.