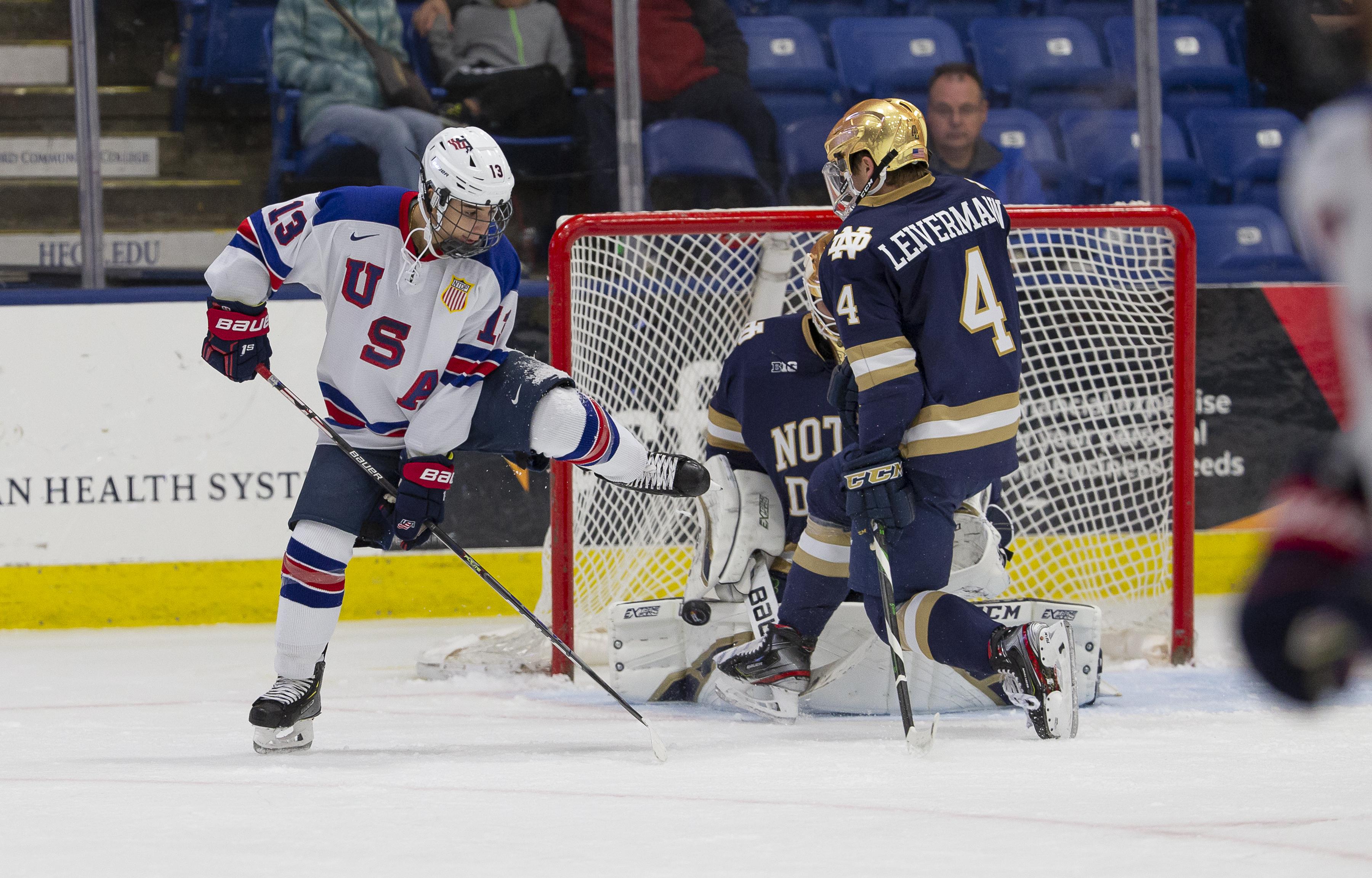 PLYMOUTH. MICH - The U.S. National Under-18 Team wrapped up the weekend with a 4-2 loss to the Notre Dame Fighting Irish in game two of the NCAA College Series on Sunday.

The U18s got on the board at 7:52 of the first period when Tanner Latsch (Muskegon, Mich.) found the back of the net for his second of the season off a nice corner feed from Hunter McKown (San Jose, Calif.).

The U18s extended their lead to 2-0 less than three minutes later when Dylan Peterson (Roseville, Calif.) scored his first goal of the campaign when he sniped a wrist-shot past the Irish goalie on the rush. Jake Sanderson (Whitefish, Mont.) and Ty Smilanic (Denver, Colo.) collected the assists.

The Irish finished an odd-man rush that cut the lead to 2-1 at 14:14 of the first. Notre Dame scored quickly in the second off a deflected shot from the point to tie the game at two goals apiece.

Despite allowing a goal, USA goaltender Drew Commesso (Boston, Mass.) had several key saves in the second. After two periods, the Irish held a 20-14 advantage in shots.

Notre Dame grabbed its first lead of the afternoon just 91 seconds into the third period when Cal Burke converted on a centering pass from Mike O’Leary.

The U18s had several premium scoring chances in the third including Matthew Beniers’ (Hingham, Mass.) shot from the slot with Commesso pulled in the final minute.

The U18s are back in action Tuesday evening when they travel to Ferris State. For the latest news on the NTDP, visit USAHockeyNTDP.com.