Son of longtime NHL goalie, Brian, Boucher is an Under-17 forward

Hockey just felt natural for Tyler Boucher. With his dad, Brian, a former National Hockey League player, that’s no surprise. But Boucher really worked to carve out his own path in the game.

“I started skating when I was 2, when my dad was playing in Arizona,” he said. “I started playing hockey when I was 4 in a house league.

“Hockey is a special sport. Growing up, many kids play football and basketball — those are the common sports. I think I wanted to take a different route. With my dad playing, he had a little bit of influence on me. For the most part, I found hockey and found a passion for it and fell in love with it.”

There was a time that Boucher almost hung up his skates to explore other opportunities, but in the end, hockey won out.

“I played baseball and golf growing up,” he said. “There was a time that I wanted to quit hockey to play both sports. Then, I obviously changed.

“Some kids grow up playing hockey, hockey and hockey. I think that is something special about me. I was mostly center field in baseball. I could dive and catch balls — that is what I loved to do. The hand-eye coordination is important to be an athlete, especially a hockey player. Being able to jump up and play pucks or block shots, it’s just second nature to me.”

Boucher had extra incentive when it came to hockey as he would get to go with his dad to practice with the Philadelphia Flyers. Those are special memories for Boucher, who was almost 10 when his dad retired. 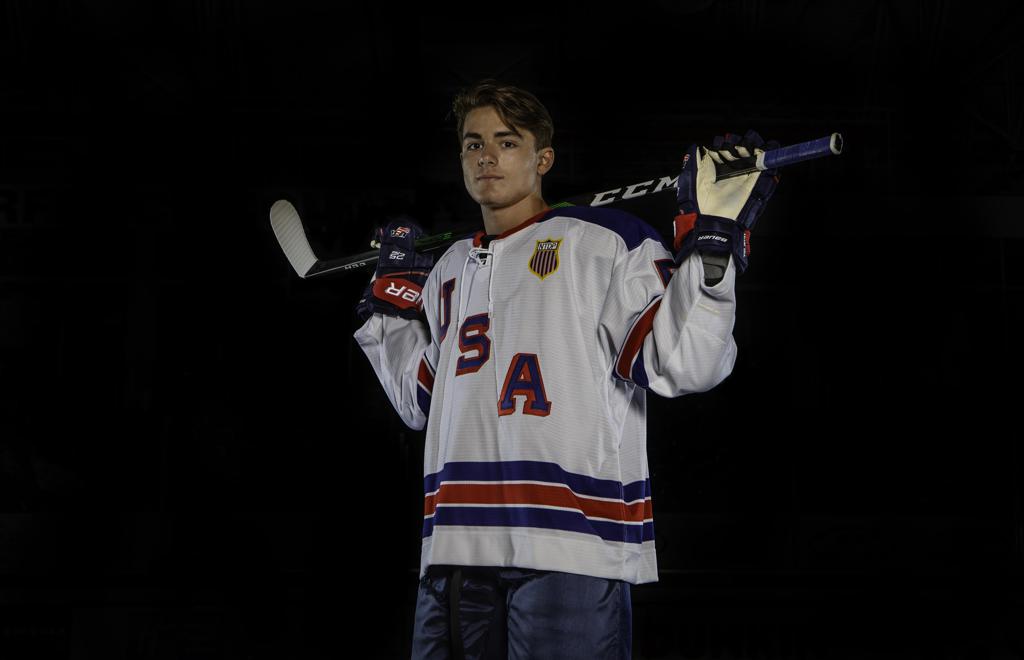 “When I didn’t have school when I was little, I would go to the Flyers rink and go to their practices,” said Boucher. “I would get to skate before practices. I was always hanging with the [Daniel] Briere boys. We would go shoot pucks and once they came on, they would play with us for a little bit and then, we would have to get off so they could start practice.

“Most kids they get to see that stuff for 10 seconds on a YouTube video. I got to live it. It is something that inspires me and makes me want to get there even more. It is a dream of mine.”

Boucher was able to have his dad serve as his coach for three years before he played at Avon Old Farms School in Avon, Connecticut.

“My dad was my coach for about three years,” he said. “He started as the assistant and then was the head coach. The whole father-son thing can be hard, but it worked out okay.”

Though the 6-foot-1, 190-pound forward diverged from his dad’s path as a goaltender, there was still plenty of advice he could take about the game.

“About two years ago, I wasn’t the best player on my team to be honest,” explained Boucher. “I was frustrated for a long period of time. My dad told me to go to the rink and get 1% better each day. That is what I have been doing for a while now. I have been trying to give it my all, each and every day, whether it is in practice or a game. I know I have to prepare the same way every day so when there is an opportunity, you are going to get it.” 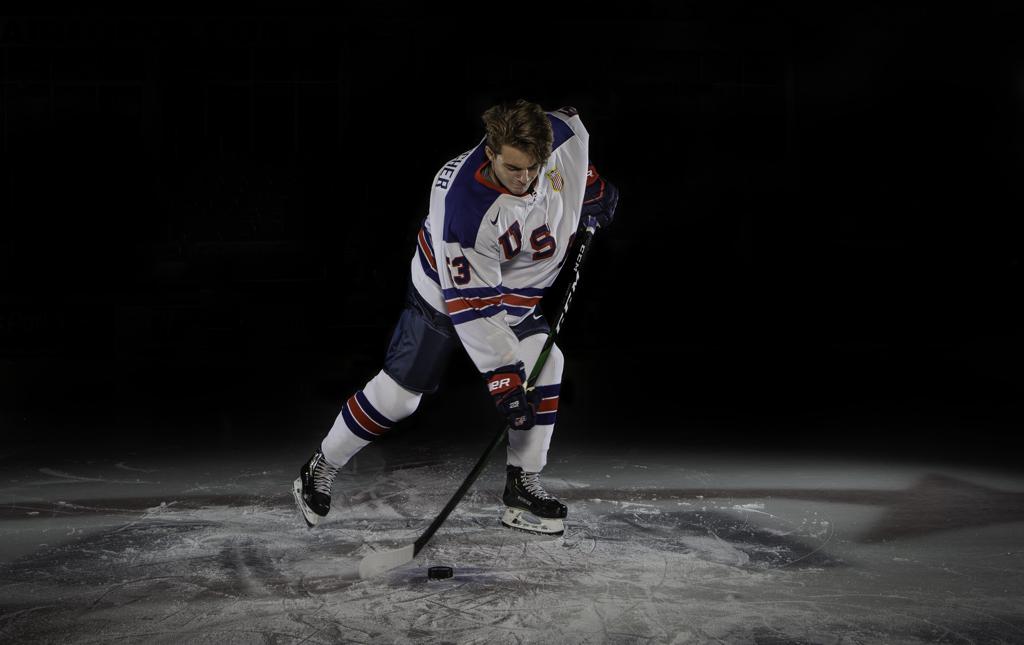 He made it his goal to join USA Hockey's National Team Development Program, so he left home in New Jersey last year to play at Avon Old Farms. It also helped that he knew a few of the former players.

“I have known a few players who have gone through here — Trevor Zegras and Spencer Knight,” said Boucher. “I knew who they were. I looked up to them when I was little and wanted to follow in their footsteps. Going to Avon really helped me to get here.”

This could be why making the NTDP was such a special moment for Boucher and his family. He remembers when he got the call.

“I was eating at CJ’s [Brewing Company at USA Hockey Arena] and still nervous after the last game,” he recalled. “I thought I had played pretty good and I thought, maybe it will happen. I was eating dinner and they told me that, ‘They need you in the office.’

“I walked in there and saw my parents and [Director of Player Personnel] Mr. [Kevin] Reiter, and I was relieved. I was super excited. My parents were really excited. I think my dad was about ready to cry.  They were proud. They were sad to say goodbye to me for a second year in a row, but they understand the sacrifices you have to make to make it to the next level.”

It could be why when Boucher reported to Plymouth on Aug. 25, he was beyond excited. In just a few short weeks, he has learned so much about himself. One thing has really stuck out to him.

“I would say training camp has been tough,” he said. “At the end, I have learned it’s not just about hockey, it’s about what happens off the ice. I was late for a meeting the other day as I was shooting pucks in the room. I paid for it with a couple of the other guys. I have learned that details are important. You have to be on time. You have to be prepared at all times.

“Obviously, when you are in school, you are representing USA Hockey, so you have to be a good kid and respect your teachers. It’s not just hockey; they are teaching you how to be a good human.”

Boucher and his dad have a special connection as they have both have worn the USA jersey.

“It’s such an honor every day,” he said. “I don’t think anyone realizes that once you put it on, it’s such a special feeling. I remember the first day coming here for the first practice and realized that I have a USA jersey on. I’ve been dreaming about it for years.”