NTDP forward has role models that helped him get to Plymouth

There are two important individuals in Matthew Beniers’ life that really helped mold him in the sport of hockey — his dad, Bob and his brother, Bobby.

“They have both played a huge role in my hockey career and were the ones who got me started down that path,” said Beniers, who grew up in Hingham, Massachusetts. “My dad got me on the ice when I was 18 months old. I wanted to be just like my brother who was playing hockey.

“My dad was my hockey coach for 11 years when I was growing up. He taught me everything I know about the sport and it was great to have him there with me. He played football at Cornell University, but he really loves hockey.”

Matthew’s older brother, Bobby, currently plays hockey at Williams College and has been a role model for his younger brother his entire hockey career.

“He has always had to work hard to get to where he wants to be, whether it was making the varsity team at Milton Academy or playing college hockey,” said Beniers. “He is only 5-foot-2, so he had had to fight for everything when it comes to playing hockey. He just puts his head down, works hard and continues to find ways to be successful.”

Both his dad and brother were very proud when Beniers earned a spot with USA Hockey’s National Team Development Program. It was something that he had worked for almost his entire career and he knew that he wanted this opportunity to help his game grow. Arriving in Plymouth was definitely a new experience for Beniers and he learned plenty about himself in his first season.

“I learned so much this year,” said the 6-foot, 155-pound forward. “I definitely have a lot to improve upon in my game and it is going to be a long road for me to get to where I want to go. I’m excited to work on my strength and my skills. I have to keep improving if I want to take the next step.”

Beniers did make the most of his first season with the NTDP. He started with the Under-17 team, tallying 10 goals and 23 points in 42 games. He earned a call-up to the Under-18 squad in late February, skating in 20 games while tallying eight goals and 20 points.

One of the highlights of the season for Beniers was earning a bronze medal with Team USA at the 2018 International Ice Hockey Federation Under-18 Men’s World Championship. As the youngest member of the squad, he tallied two goals in the tournament. 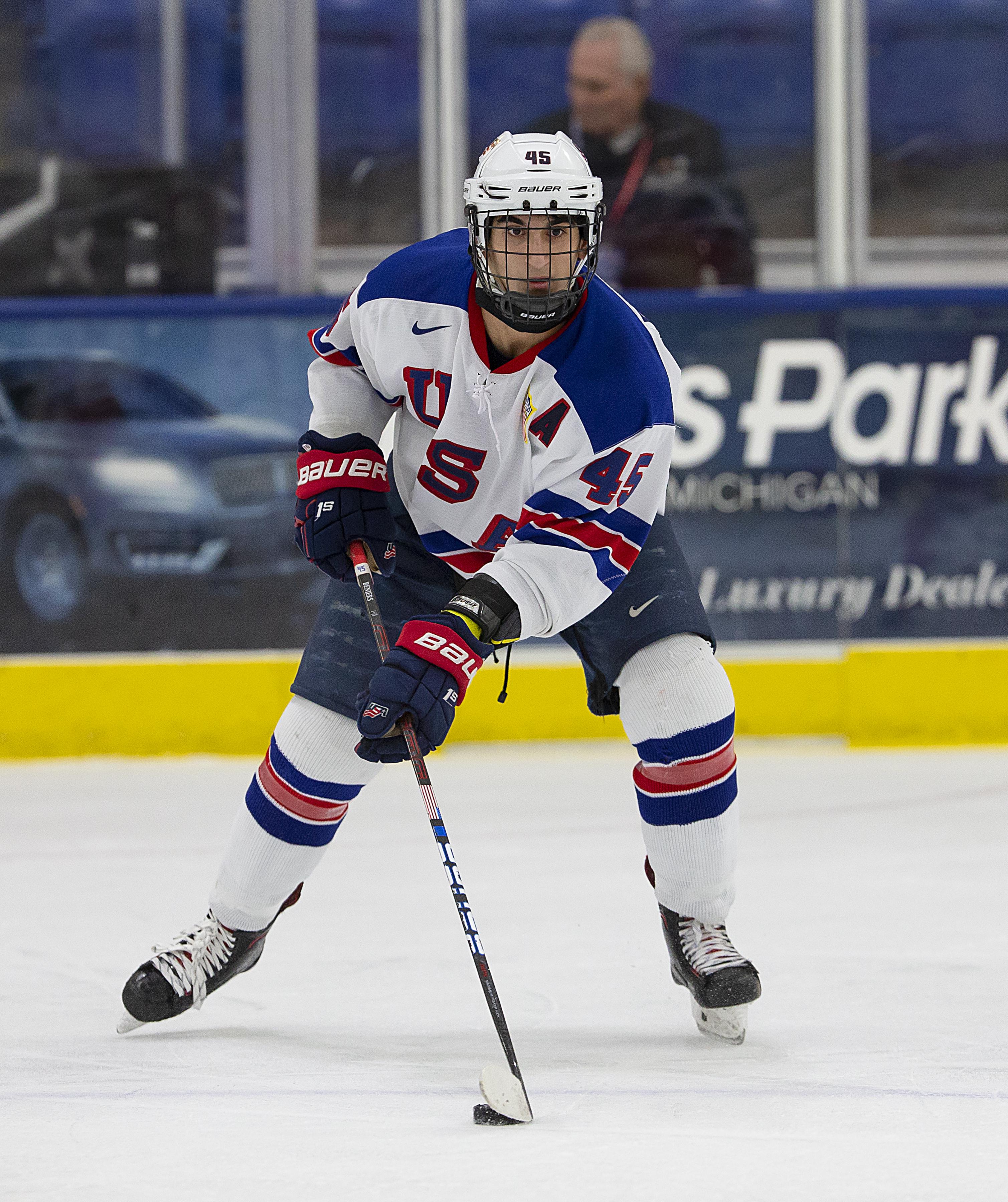 “It was such a good experience for me. I learned so much,” said Beniers. “There are so many things I remember about the event. It was definitely fun. I learned a lot from the other U18 players. They had some really great players. I know they wanted to win a gold medal and we were disappointed that we didn’t do that, but we still came home with bronze, which was big for us.

“It’s a tough tournament and you have to be prepared each day for that game. It’s something that players on the U18 team worked for every day for two years and I know what I have to do for next year. I can bring some of my experiences to the event.” 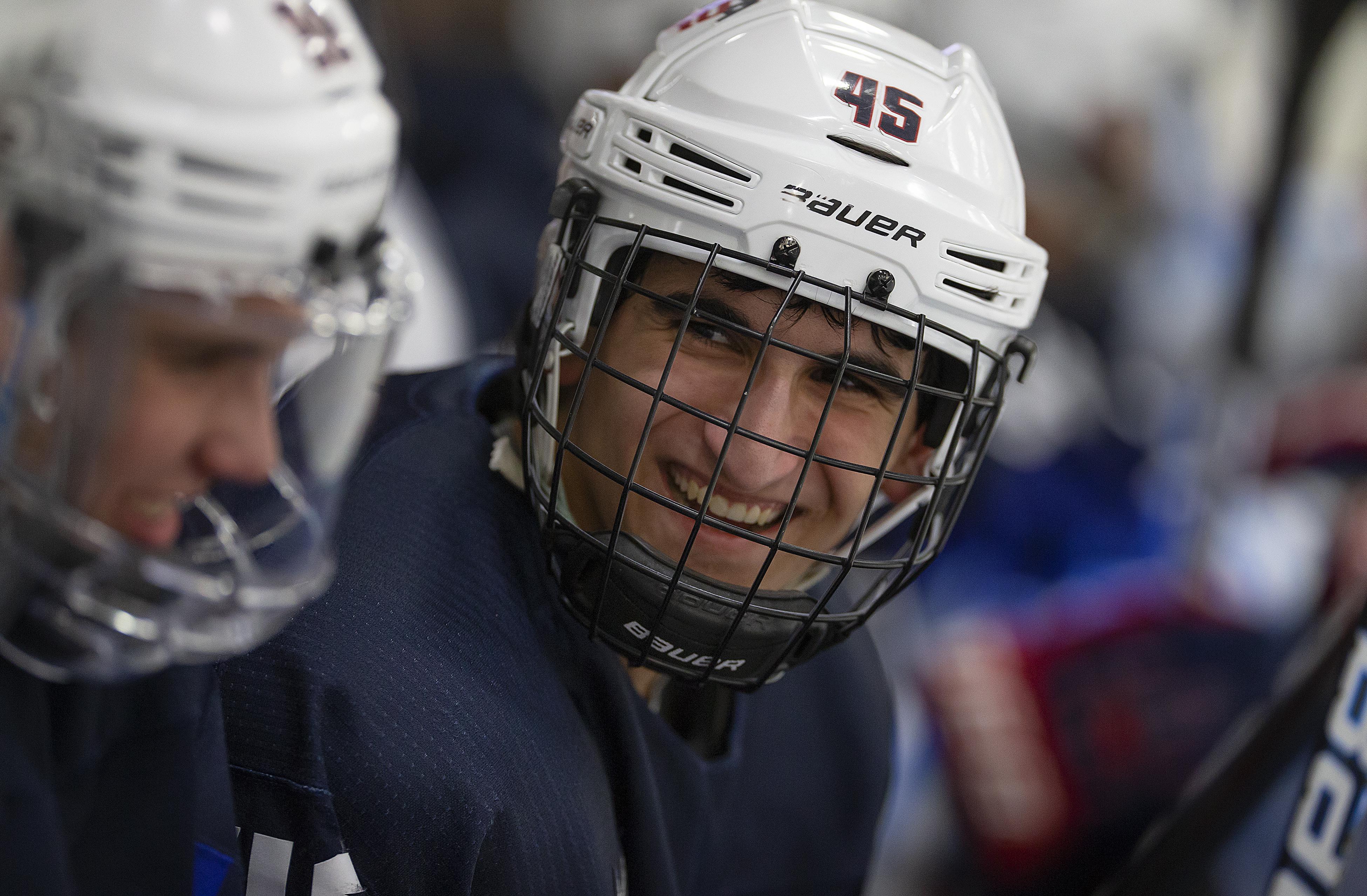 For Beniers, he is not satisfied yet with his game. He knows what he needs to do this summer to get ready for his final season with the red, white and blue.

“I plan to really work out this summer to get ready for next year,” he said. “I am going to work out four to five days per week and of course, I’ll be lifting three to four days per week. I will definitely be working out with my brother. I know that I have to put the work in, and I’ll be able to see the results next year. It’s important for me to work on that aspect of my development.”

At the end of the day, there is one thing that inspires Beniers and that is wearing the USA jersey. It is something very special for him and his family.

“Wearing the jersey is special each and every day,” he said. “It’s been surreal to represent my country at this age. There are so many people who would love this opportunity so I’m very appreciative of it.

“There are so many great players who have worn the jersey before and we are trying to continue carrying that torch.”