PLYMOUTH, Mich. – Eight players were selected directly from the USA Hockey National Team Development Program in the first round of the 2019 NHL Draft Friday night at Rogers Arena in Vancouver, British Columbia, Canada. 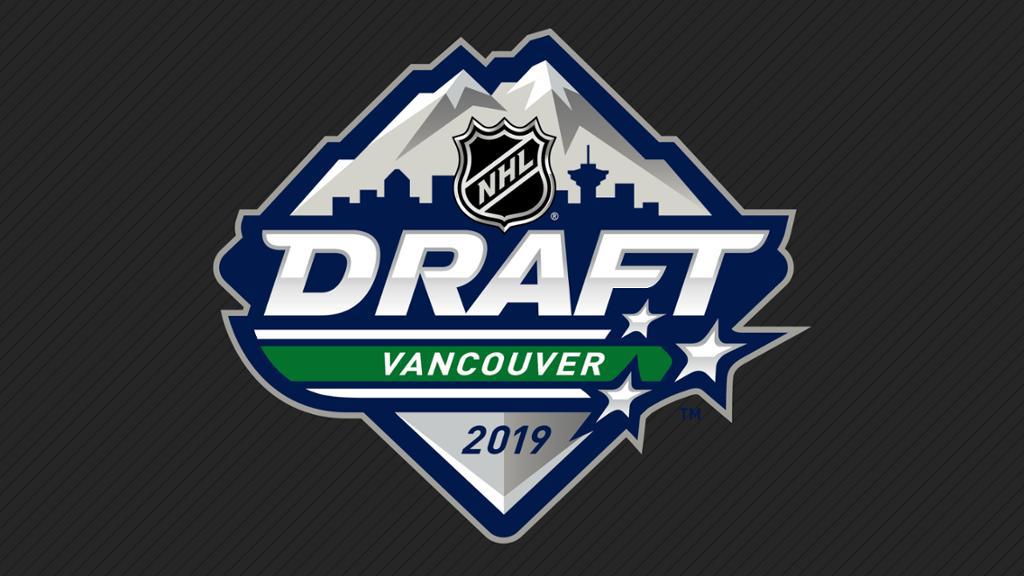 Jack Hughes (Orlando, Fla.) was tabbed by the New Jersey Devils with the first overall selection, marking the fifth time that the NTDP has produced the first pick of the NHL Entry Draft.

“I’m so fired up, I’m so pumped up to be a Devil now," Hughes said to NBCSN after being drafted. "There are great people there and a great organization.  I’m just so happy to be part of the Devils organization."

Alex Turcotte (Island Lake, Ill.) was chosen by the Los Angeles Kings with the fifth selection of the night. The 5-foot-11 center posted 125 points (45g-80a) during his two years with the NTDP.

“I can’t believe it. I am at a loss for words right now,” Turcotte said after being picked. “I’m so excited and happy that they (the Kings) believe in me. I can’t wait to get started with the LA Kings.”

The next NTDP selection was forward Trevor Zegras (Bedford, N.Y.) to the Anaheim Ducks with the ninth overall pick. Zegras skated in 116 career games while accumulating 146 points (46g-100a). His 61 assists during the 2018-2019 campaign ranks sixth among all NTDP players in a single season.

“It’s a really exciting day, now I go to work,” Zegras explained. “My heart is racing and it’s a little bit of a shock, it’s a lot of excitement. It’s the first step towards the NHL, so I couldn’t be happier.”

Forward Matthew Boldy (Millis, Mass.) went off the board next to the Minnesota Wild at pick number 12. Boldy, a winger, ranked third on the NTDP U18’s last year with 33 goals scored and collected 157 total points (62g-95a) over the past two seasons.

“Growing up, I played a lot of other sports and then I found what I love,” Boldy said after his selection. “Once I found hockey, it was hard to get away from it. I made the right choice and I wouldn’t want to be anywhere else.”

The Florida Panthers took goaltender Spencer Knight (Darien, Conn.) with the 13th pick of the evening. The 6-foot-3 goalie’s 32 wins this year tied the NTDP mark for most in a season, while his 59 career victories are the most in program history.

Defenseman Cam York (Anaheim Hills, Calif.) was the third consecutive player taken from the NTDP when he was selected with the 14th overall pick by the Philadelphia Flyers. York’s 51 assists this past season were an NTDP record for a blueliner, and his 103 total points (22g-81a) were the second-most ever recorded by a defenseman.

“Since I was four years old, I wanted to be on this stage and shake the general manager’s hand," York told NBCSN. "I have a lot of friends and family here, so it is a special moment - I was really happy to share it with them.  The Flyers have a rich history and much success and they’re going to have a really good team soon.  I can’t wait to get out there and work with the guys.” 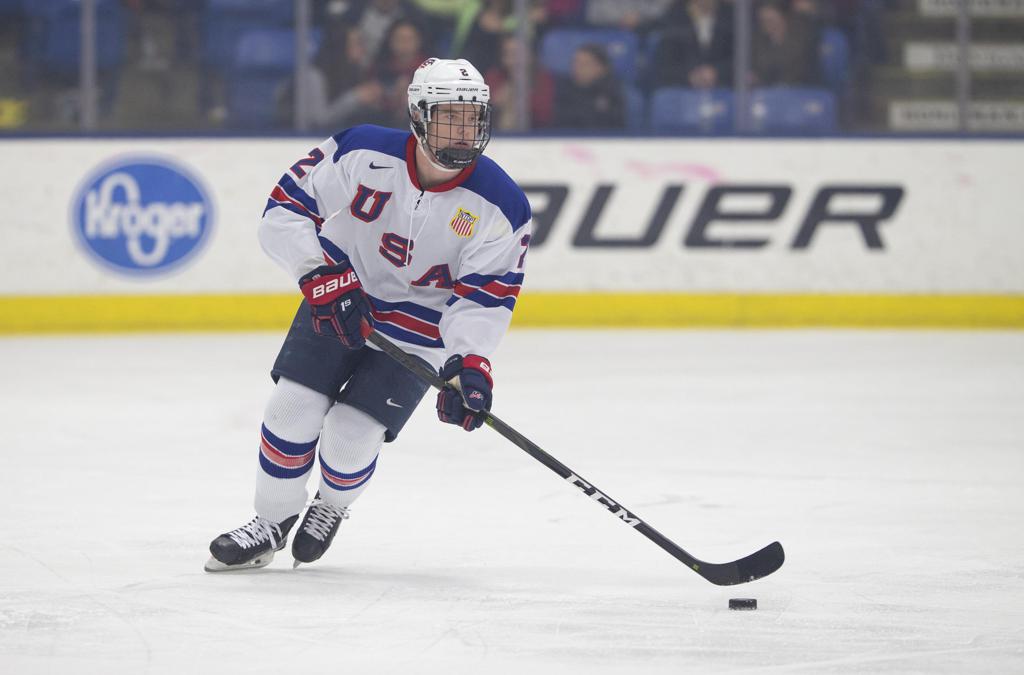 The Montreal Canadiens selected Cole Caufield (Stevens Point, Wis.) with the 15th pick of the night, the fourth straight selection from the NTDP. Caufield, another winger, set an NTDP record, and led all draft-eligible players, with 72 goals scored this year. The 5-foot-7 forward finished with 180 points (126g-54a) from 123 games played across the past two seasons.

"I’m really looking forward to meeting my (Canadiens) teammates," Caufield said after being picked by Montreal. "I couldn’t be happier, this is a dream come true."

Forward John Beecher rounded out NTDP skaters in the draft's opening round when he was chosen by the Boston Bruins with the 30th overall pick. The 6-foot-3, 209-pound center put up 43 points (15g-28a) in 63 games for the U18's, finishing ninth on the team in scoring.

“I’m a big power forward who can create a lot of momentum for my team," said Beecher, when asked about his style. "It's an honor to be selected."