Noah Grannan’s Journey to the Crease 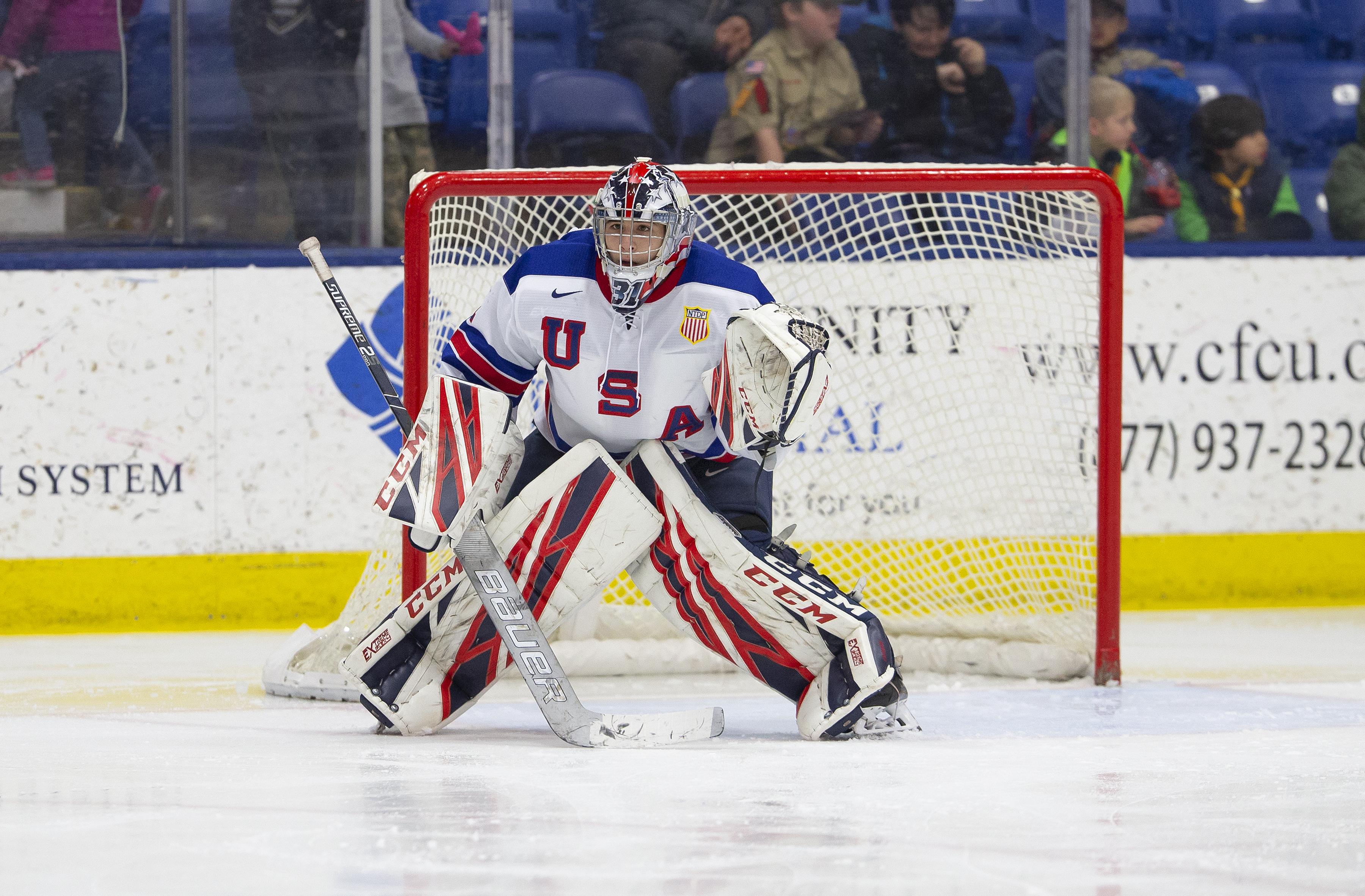 Noah Grannan’s love for hockey began at a young age.

“I started playing hockey because my dad would take my brother and I to Milwaukee Admirals games,” said Grannan, who grew up in Germantown, Wisconsin. “My dad worked for a company that had a box at the rink so my brother and I were lucky enough to watch a lot of AHL hockey growing up.”

“I remember watching the games and saying, ‘Dad I want to do that.’ Eventually, he signed me up to skate and I started playing hockey as a four-year-old.”

Being a goaltender wasn’t the first choice for Grannan. However, it was something he tried and ended up enjoying.

“I really just played a game or two when I was a kid, just like anybody else would,” he explained. “I played forward for my first year or two and then switched to defense and moved to goalie from there.

“I started played up with kids two years older than me and I wasn’t really getting a lot of playing time. We didn’t really have a consistent goale, so I picked it up and just decided to stick with it. It was pretty good. In 2008 we won state and that was my first year playing goalie, so I had a lot of fun with it. The next year, I tried out as goalie and I haven’t played another position since.”

For Grannan, the transition to USA Hockey’s National Team Development Program wasn’t easy at first. However, he realizes just how much the practices have helped in his development. 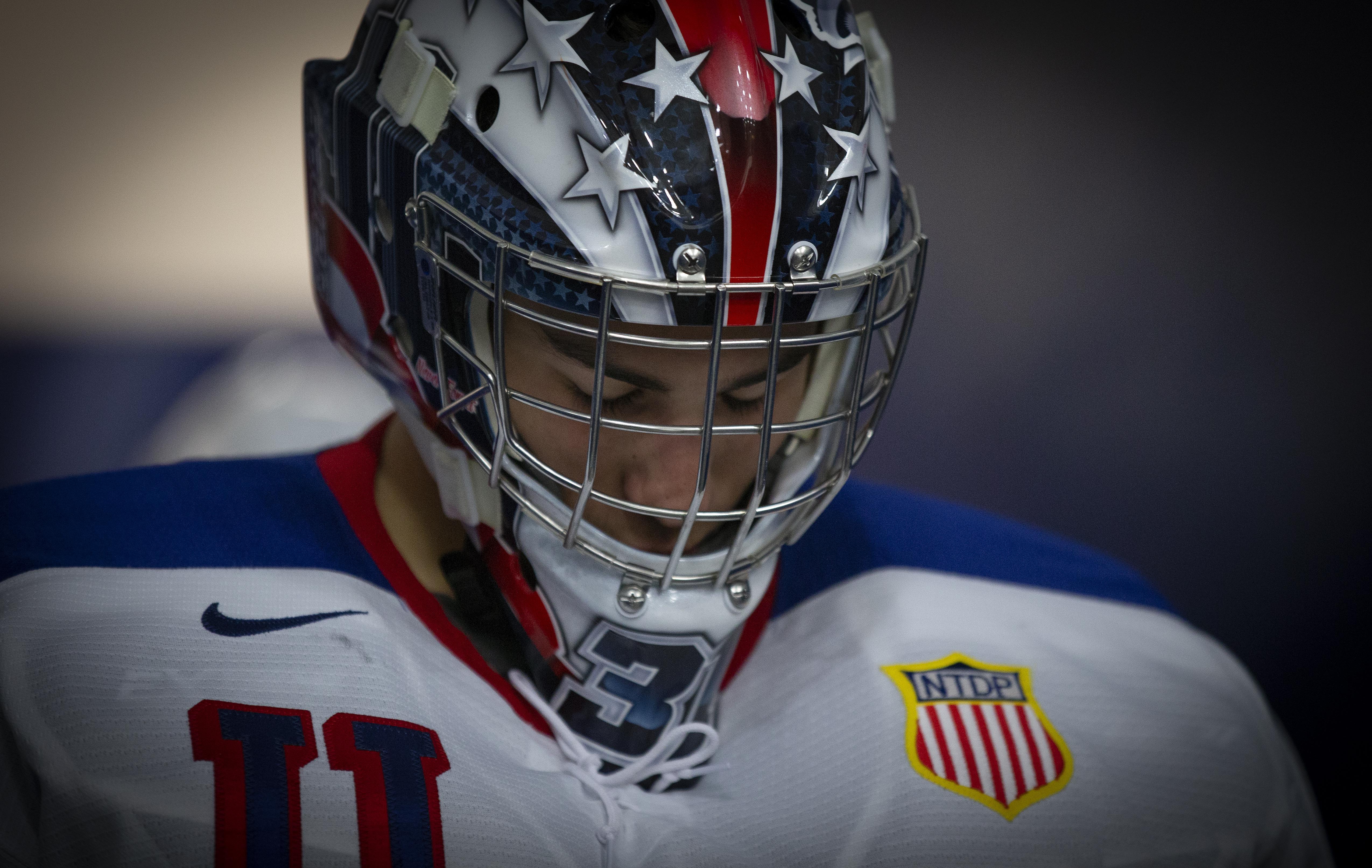 “The quality of players you get to play with in practice every day is unreal,” explained Grannan. “I played with the 16s as a 15-year-old last year. I remember the transition to that was pretty tough. The practices here are just so fast, but that really helps adjust to games. The biggest difference for me was the practices.

“Seeing good quality shots every day makes you better. In practice, you have to prepare like it’s a game every day. It helps you transition to just how hard the shots are going to be in the USHL.”

He does appreciate the limited amount of time that he gets to spend with NTDP goaltending coach Thomas Speer. That one-on-one time has allowed him to become a better player this season.

“We always watch video after all our games,” explained Grannan. “As the season progressed, it became clear what I needed to work on. Maybe I struggled with something over the weekend, so I’d do specific drills to work on those areas. In practice, you want to pick one thing to focus on and get better at.” 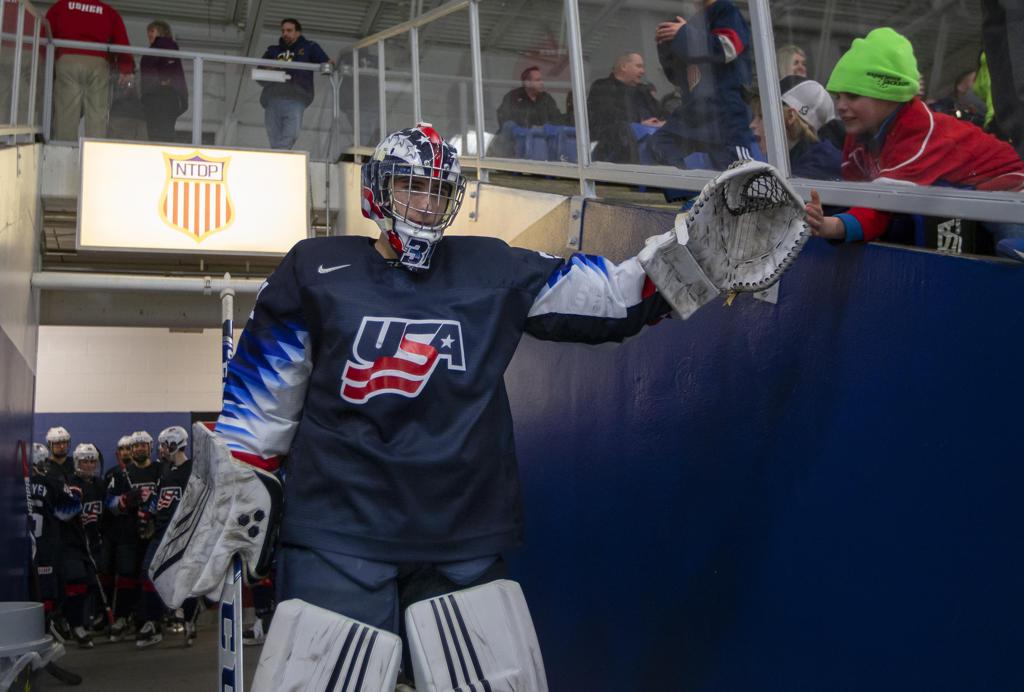 The more drills he did in practice, the more Grannan realized just how much each one helped in improving his game. One stood out among the rest.

“I really like this OCB drill we do. It’s basically a 2-on-1 with two back checkers,” he explained.

“It simulates an odd-man rush, so it really forces you to work on lateral speed since you have to move very quick. It’s also a game, so it’s fun. It really helped me improve on my lateral speed and game competitiveness. I face a lot of high-quality scoring chances in practices.”

Another advantage for the 6-foot-2, 183-pound Grannan is that his head coach Seth Appert is a former goaltender. He appreciates the little things that he has been able to learn from him this season.

“I’ve never had a head coach who played goalie,” said Grannan. “It’s nice because we’ll have meetings and he’ll always give me the head coach talk. But at the end, he’ll make sure to come over and say something like, ‘I was a goalie and I get it.’ He gives me that goalie side of things too. It’s been nice.”

Grannan recently participated in the World Junior Goaltending Camp at USA Hockey Arena. The event gave him an excellent opportunity to learn from some of the top goalies from around the country.

“Watching the older guys like former NTDP goaltenders Spencer Knight and Cameron Rowe prepare, go about their business every day and perform on the ice really helped me,” he stated. “You can watch their practice habits, which is a big one. Getting to pick the minds of some older players that have been in your shoes has been huge. NTDP alum Drew DeRidder has been a huge help for me. It’s fun to have something in common with those guys and get to see where they are so you can try to follow their path a bit.”

One thing will never change for Grannan and that is how much he appreciates being able to wear the colors of his country.

“It’s special every time I put on the jersey,” said Grannan. “There are not a lot of words to describe it. You may think it would get old, but it never does. I remember sitting at dinner when I committed to University of Wisconsin and Coach (Tony) Granato talked to me about his experience putting on the jersey. He told me that you will never forget the first and last time you put it on.”