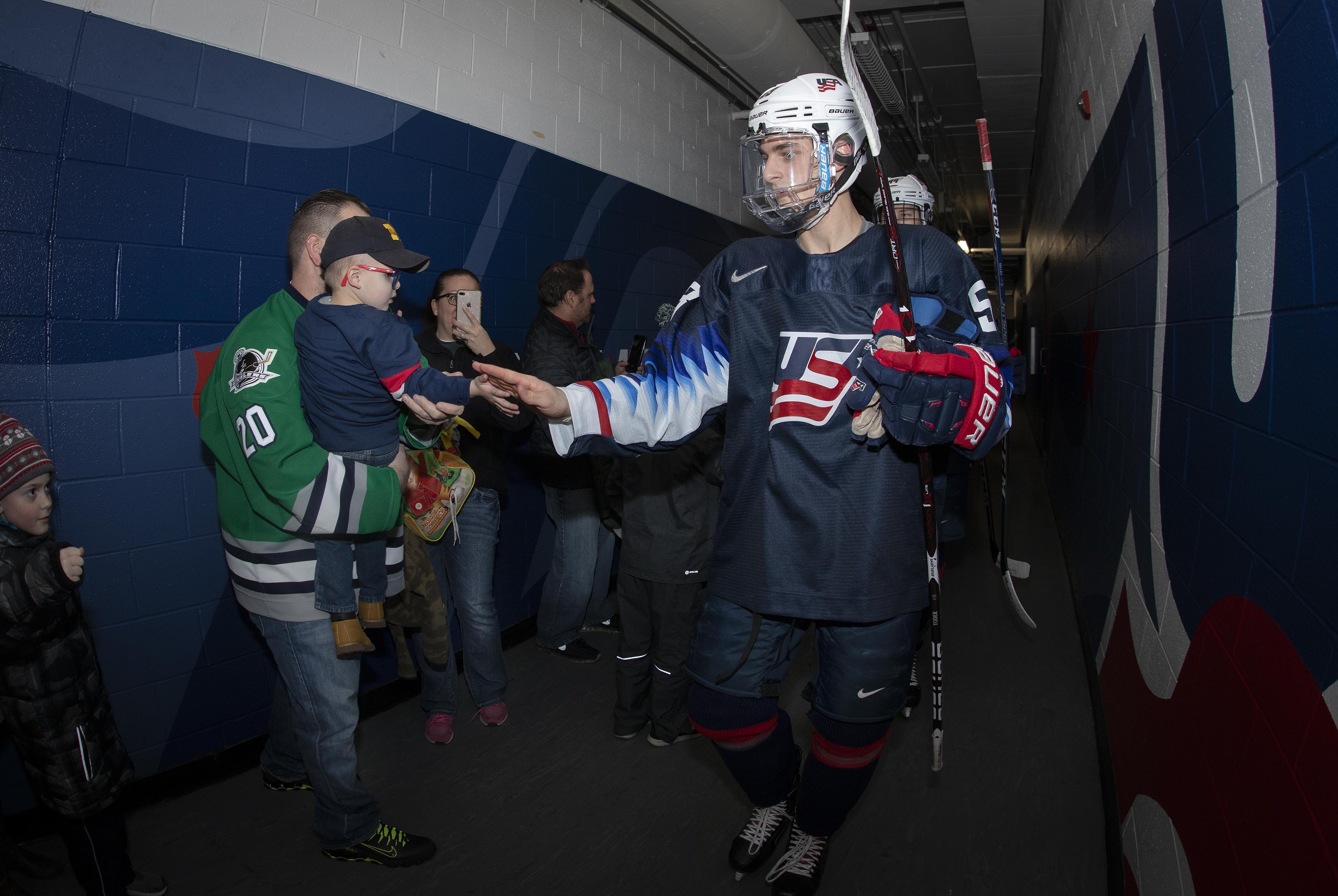 Coming out with high energy in the first period, the U17s registered the first four shots on net. On the other end of the ice, Drew Commesso (Norwell, Mass.) and his defensemen pairs stood tall, successfully killing off all four penalties faced.

Almost halfway through the opening frame, with 10:03 shed off the clock, Cedar Rapids RoughRiders’ Silianoff picked off a pass and skated down the ice scoring an unassisted goal.

With just two seconds left in the first, Sasson won the faceoff dropping the puck back to Harding who scored Cedar Rapids’ second goal, heading into the middle stanza with a 2-0 lead over Team USA.

The Cedar Rapids RoughRiders extended its lead in the second period, scoring five goals, the first two coming at 3:48 and 8:07 into the stanza.

At 9:57 Truscott netted a Team USA  goal on the power play. The play started when Ryder Rolston (Birmingham, Mich.) passed the puck to Ty Smilanic (Elizabeth, Colo.) on the blue line. Smilanic then found Truscott who tucked it away.

Shortly after, Cedar Rapids connected multiple fast-paced passes around the U17s net before Polin scored on the power play at 9:57. Following a Polin goal, Silianoff went to score his second goal of the game with 7:33 left in the second, tallying Cedar Rapids second power-play goal.

Closing out the final period, Cedar Rapids RoughRiders scored its seventh goal of the game with 7:43 left to play.

Notes: Team USA was outshot by Cedar Rapids RoughRiders 19-13. Team USA went 2-6 on the power play and 8-10 on the penalty kill. The 2019 International Ice Hockey Federation Under-18 Men’s World Championship is set to begin Thursday (April 18) as the U.S. Under-18 Men's National Team takes on host Sweden in its first preliminary round game. Opening faceoff is set for 7:30 p.m. at Fjallraven Center and the game will be televised live on NHL Network beginning at 1:30 p.m. ET.