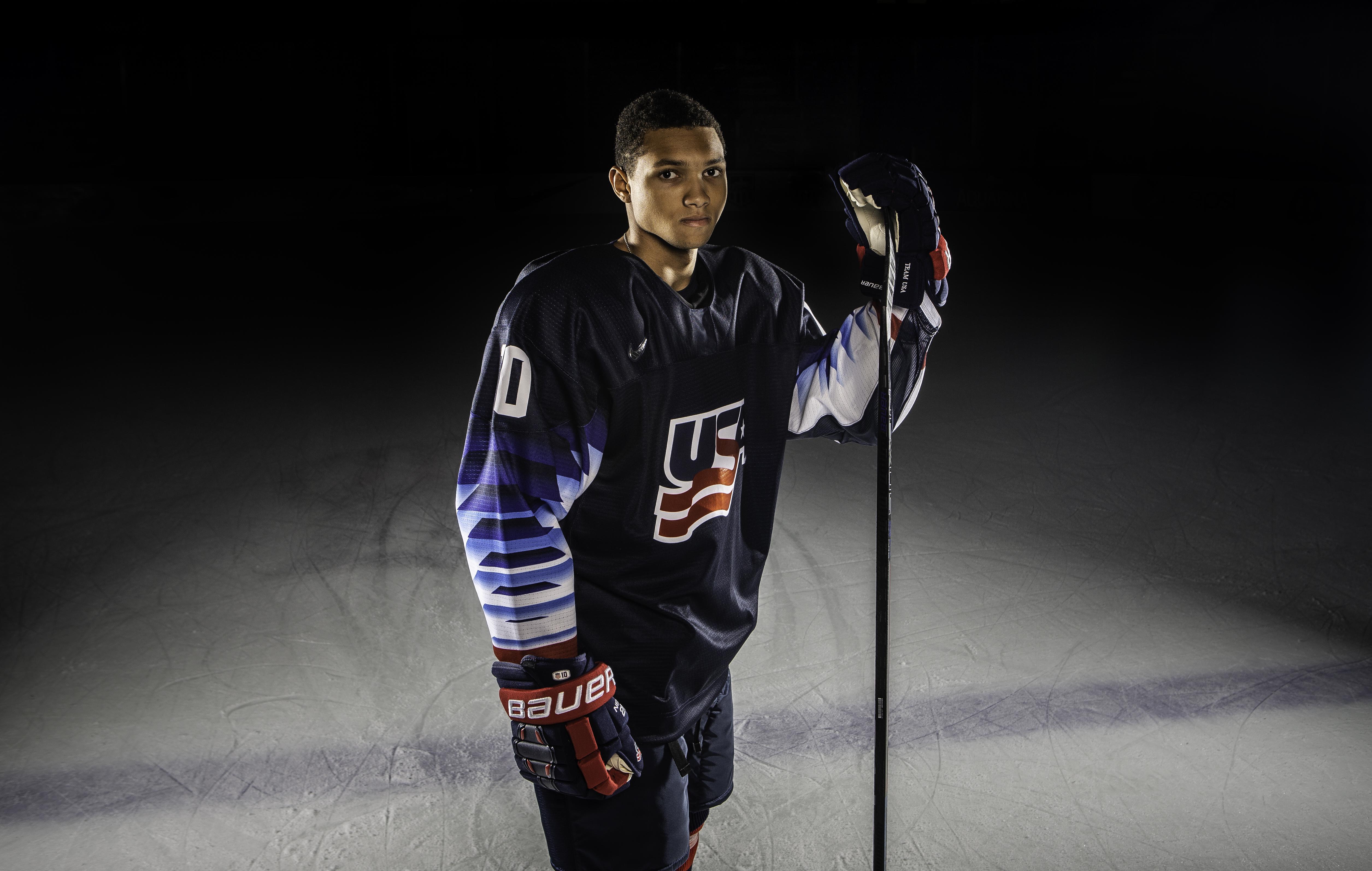 It’s never easy moving halfway across the country, even if it is to pursue the sport you love. For Marshall Warren, he appreciates the sacrifices that his parents — Lewis and Lisa — have made so he can play hockey.

“My mom and my dad are my biggest support system,” said Warren, who grew up in Laurel Hollow, New York. “My mom is always here talking to me; she has been back and forth [from New York] but she is here for me.

“My dad and I have gotten really close over the last two years. I call him after certain things that happen to me. He has been one of the biggest influences in my life. He has taught me so much. He came from nothing and made himself into a business person, working for JP Morgan. He has been my biggest role model, knowing if you don’t have something, you have to work for it. There are no easy days.”

That message hasn’t been lost on Warren as he has seen his game grow tremendously since his first season with USA Hockey’s National Team Development Program. There are two areas of improvement that have really stood out to him as a member of the Under-18 team.

“Speed is my biggest thing,” he said. “I have definitely gotten a lot faster here. My size too. I have put on a lot of weight. I started at 150 [as an Under-17] and right now, I’m at 175. You can see the difference. We beat 10 colleges this year and you can see how it helps. Being stronger, both mentally and physically, it really helps.”

In addition, he credits associate head coach Dan Hinote on teaching him some valuable lessons, both on and off the ice.

“He is a good guy off the ice and a great coach,” explained Warren, who mans the blue line and is an assistant captain. “He has built a connection with us and it makes us all want to play better. That is the biggest thing for me — having a relationship with him. He is a really good guy to have around. He played in the NHL and he has done everything.

“He tells me to play my game all the time. It doesn’t matter what people say.”

One special and unique bond that Warren shares are his love for his teammates. The U18s have been setting records since they first arrived in Plymouth and have one big goal left.

“I think a lot of people don’t realize that we are not just skilled guys,” explained Warren. “We have depth up and down our lineup. We can hit people, we can fight. Really, we can do anything you want to see. That makes us unique in the sense, we are not just 17 and 18 years old, we are men now. I think winning helped us last year and it just really helped us take over.”

Warren and his U18 teammates are finishing final preparations for the 2018 International Ice Hockey Federation Under-18 World Championship. Team USA will begin tournament action on April 18 against host Sweden. The squad will also face Slovakia (April 19), Russia (April 21) and Latvia (April 22) in round-robin action. It will take a simple formula to earn some wins in the tournament.

“Going overseas is a different beast as we are playing each country and they want to beat us. They will throw everything at us and that is what we will face over there and that will help us over there having played those college games.”

Warren understands what needs to be done to have success at the IIHF Under-18 World Championship. He took away some lessons from the U18s’ last international tournament, the Five Nations in Russia in early February.

“No team is going to give up [when they play us],” he explained. “We lost to Sweden and they had a 5-on-3. We had never lost an international game before that, so we learned our lesson. It was a great learning curve for our team to lose in Russia and lose badly. We are going to take that and move forward in Sweden.”

Going overseas is a different beast as we are playing each country and they want to beat us. They will throw everything at us and that is what we will face over there and that will help us over there having played those college games.

More than anything, it is the pride of wearing the colors of his country that drive Warren each and every day.

“It’s so special to wear the jersey,” he said. “The two years have been crazy. I had a bunch of friends who played here before and they told me that this experience will stick with you your whole life. It has stuck with me so far. I hope I am able to wear the jersey again another time down the road.”

One of Warren’s favorite hockey players is P.K. Subban, who currently plays defense for the Nashville Predators.

“For me, the biggest thing since I am African-American, I want to have someone I can look up to,” Warren said. “My game translates a little like his — I’m a good skater. I would love to give back if I ever have the opportunity. It would be great.”

One of the ways Warren is able to give back is by sharing his lived experience to young hockey players of color.

“You need to keep working hard,” said Warren. “Whatever people tell you, it just doesn’t matter. You need to do your own thing. You have your teammates who love you and support you. My team here is like my brothers.

“I have been called every name in the book. It doesn’t matter — they are just words. You have to trust the process and do what you have to do to be successful, you will be just fine.” 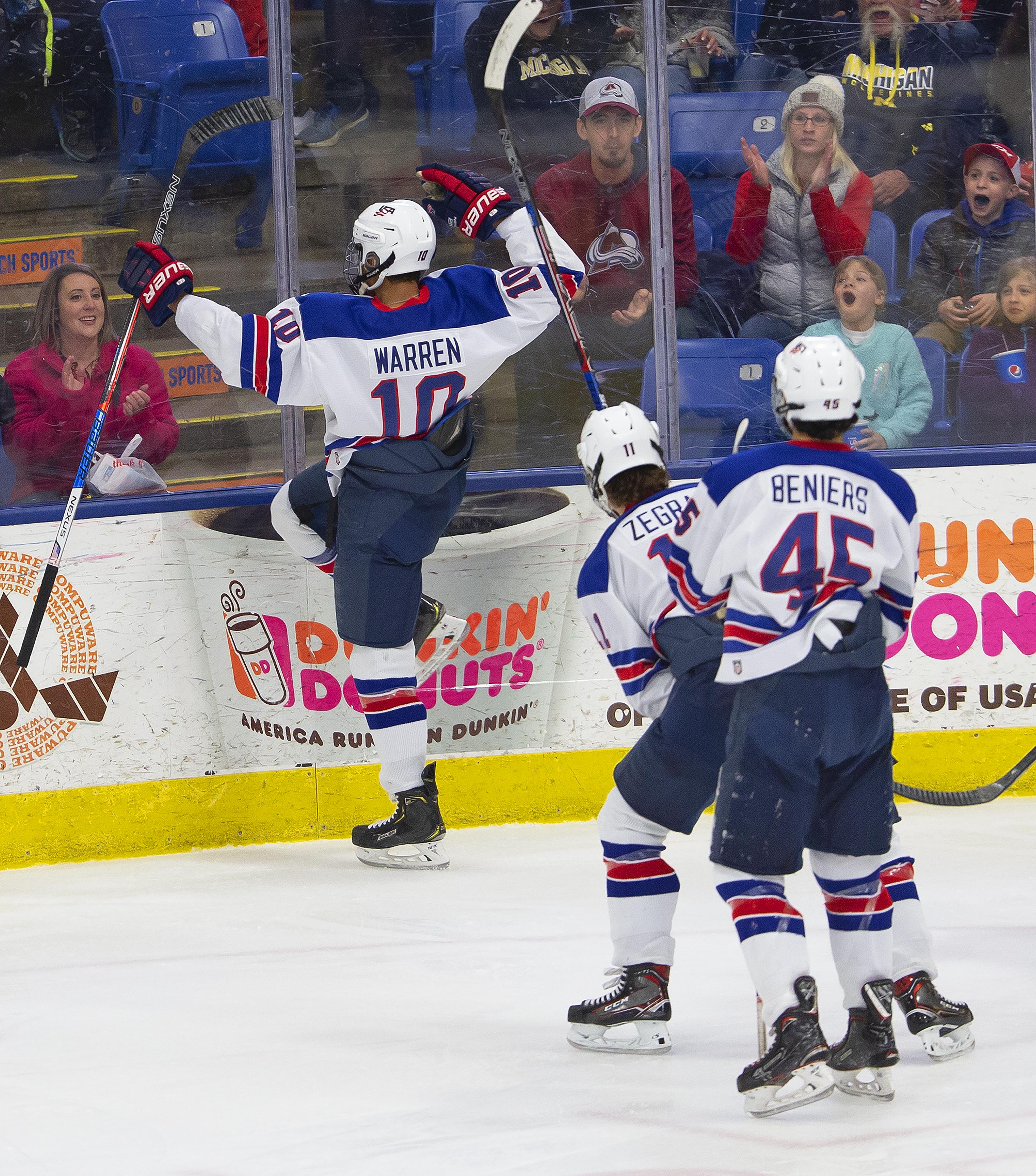