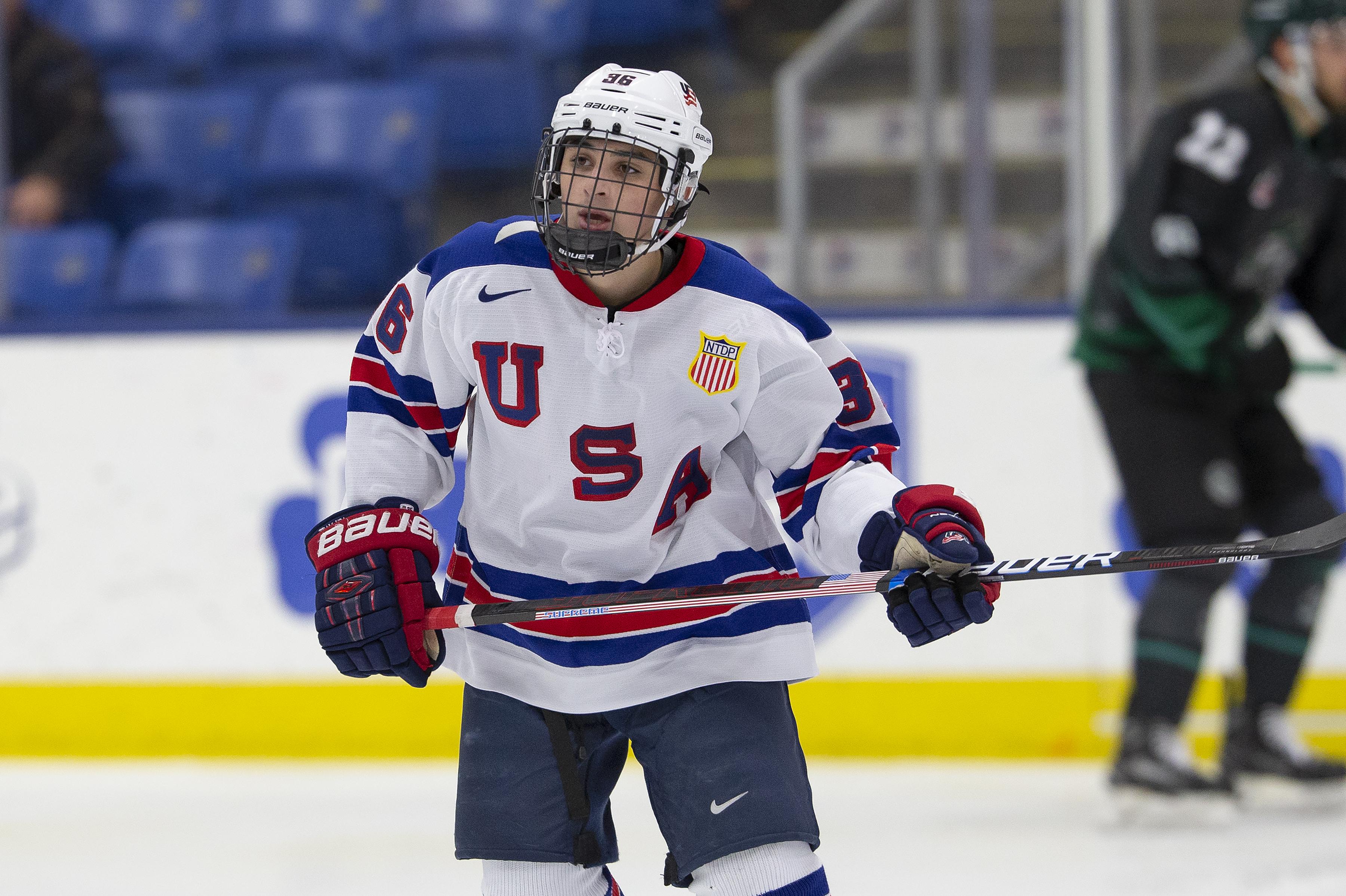 Cedar Rapids scored a pair of goals twenty-seconds apart in the first period to lead, 2-0 going into the second frame. Forward Jason Polin scored both goals, his first 6:56 into the game, came on a power play with a shot from the left circle. Polin then tucked a shot under the crossbar from the right wing with 7:16 on the clock.

Polin completed his hat trick at 1:48 of the second period, ripping a shot from the right circle under the crossbar to give Cedar Rapids a 3-0 lead.

The U17s skated with high pressure, but the Cedar Rapids RoughRiders notched two power-play goals to extend their lead 5-0. The first goal came with 7:09 left in the frame, and the second with 2:40 remaining on the clock.

Unsatisfied with the score, Team USA came storming back in the third period, outshooting Cedar Rapids, 15-5. Bordeleau tallied the U17s first post-regular season goal on the power play, 1:59 into the final frame with assists from Ty Smilanic (Elizabeth, Colo. ) and Rolston.

Closing out the game, Liam Walsh scored an empty net goal to seal a 6-3 victory for the Cedar Rapids RoughRiders.

NOTES: Team USA outshot Cedar Rapids 30-18...went 2-for-5 on the power play and 0-for-3 on the penalty kill... Ryder Rolston was named the Third Star of the Game.