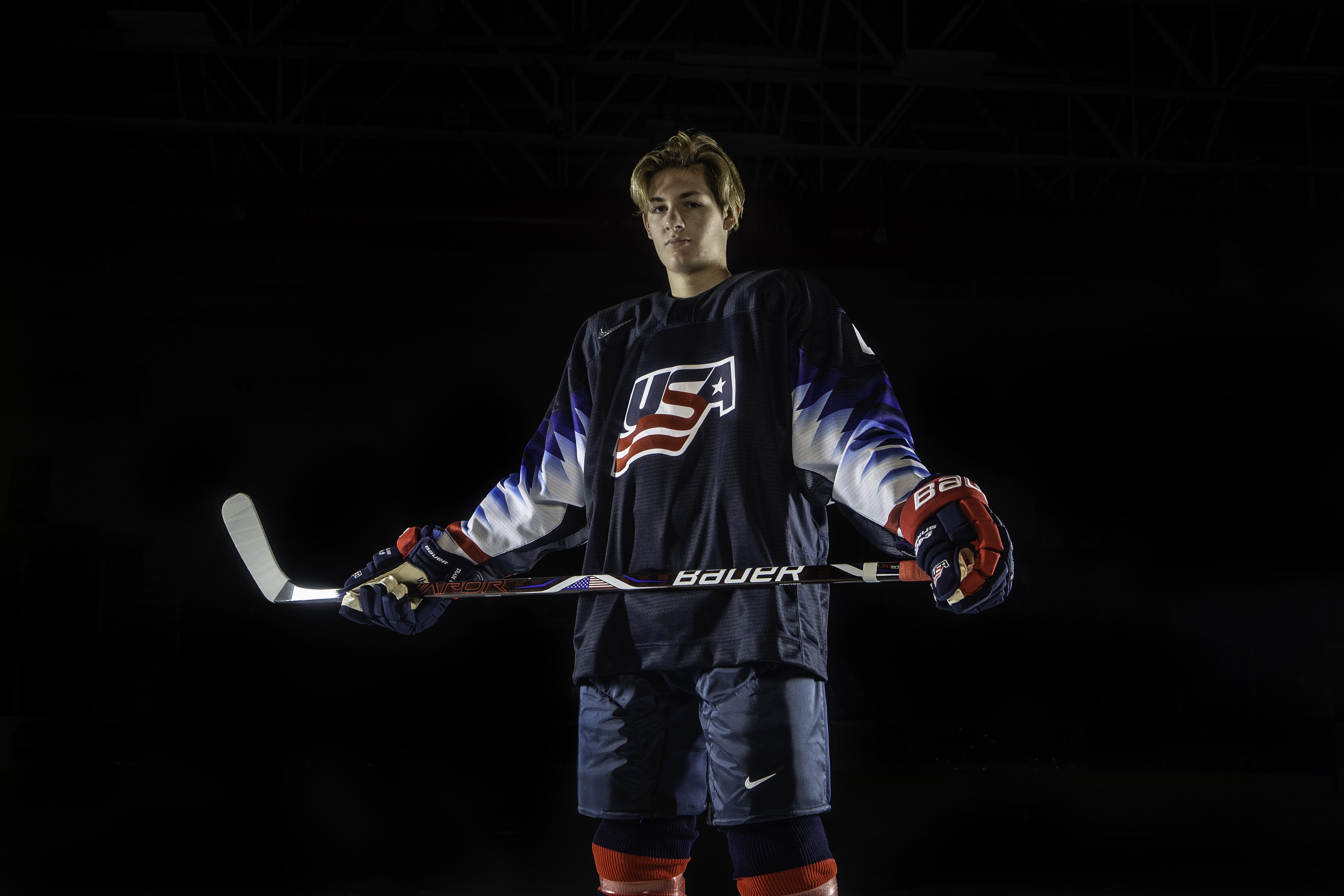 Growing up in San Jose, California, there were two things that Hunter McKown was passionate about: hockey and surfing.

“I started playing hockey at age 2,” McKown said. “… I have no idea why or how I fell in love with hockey, but I just did. My parents gave me skates and I was ready to go and never looked back.”

Of course, McKown had another influence on his game and that was his hometown team, the San Jose Sharks. It actually started with a trip to the store.

“When I was younger, my parents took me to the Sharks merchandise store called the Shark Tank,” he said. “I found a mini-stick and I was playing with it around the store. One of the people who was working that day in the store came over to us and we became friends. She wanted to give us tickets to a game and we have now been going to games for 10 years. I was able to meet the owner of the Sharks, so that was pretty cool.”

Outside of the hockey obsession, McKown is your typical California kid. If he wasn’t on the ice, he could be found on the beach.

“Growing up in California, we would go to the beach for fun,” he said. “I started on a bogey board and next I went to a surfboard. It was so much fun and was something that I could do with my friends. We loved hanging out at the beach. Where I come from, surfing and California go hand-in-hand and I do kind of miss it.”

But of course, McKown knew that if he wanted to continue his hockey career, there were more opportunities outside the Golden State. He packed his bags and moved to St. Louis and spent two years playing in the Blues AAA organization. It was an easy decision for him to make.

“It was huge for me,” McKown said. “I was able to get exposure to teams and the scouts from [USA Hockey’s National Team Development Program]. The coaches I played for in St. Louis had sent other kids to the program, so I knew it was a good experience for me. It definitely helped me develop my game and I know it was the right move. It helped me be a better all-around player.”

Get To Know Hunter

If you could be any superhero who would you be?
Iron Man

Sports outside of hockey
Soccer and lacrosse

Favorite Book
To Kill a Mockingbird

For the 6-foot, 171-pound forward, it was still quite a shock coming to the NTDP. It made him realize just what he would need to do to make an impact on the game.

“It was still a big jump for me,” said McKown. “The first few games were against the NAHL and that was a challenge. The second weekend, we played against the USHL and it was another jump, especially the pace of play. It is a faster game and definitely more physical. It has really forced me to work on all aspects of my game and I really realize what I need to work on to improve.”

When McKown reflects back on his game since arriving in Plymouth, Michigan, last August, he has come to the realization just how much his game has grown in a short period of time.

“I think the main thing is that I have learned how to work hard,” he said. “It really relates to the difference of playing in the USHL and last year. It’s not only on the ice, but it’s also off the ice. I have matured as a person. It’s about time management whether it’s in school, or on the ice or with hockey.

“I think I have learned how much I love the game. There are days that you get to the rink and it’s been a long day, and you are not mentally ready to do it. The one thing I have learned about the program, you will do it and you have no choice. I really love this sport. It can be hard work for me, but it never gets old. I realized that I always want to be on the ice.”

McKown and his Under-17 teammates have three regular-season games left, including home contests against Muskegon on April 11 and Youngstown on April 12 before beginning the USHL playoffs.

“Traditionally, the U17 group does not do well in the playoffs,” he said. “We have been playing all year and we know what to expect from the USHL teams and what it will take to win.”

No matter how the season ends, there is one memory that will stick out for McKown of his first season with the program.

“Getting to play my first game for the NTDP,” he said. “I had worked so long for this goal and to put on the jersey, it was a special experience. 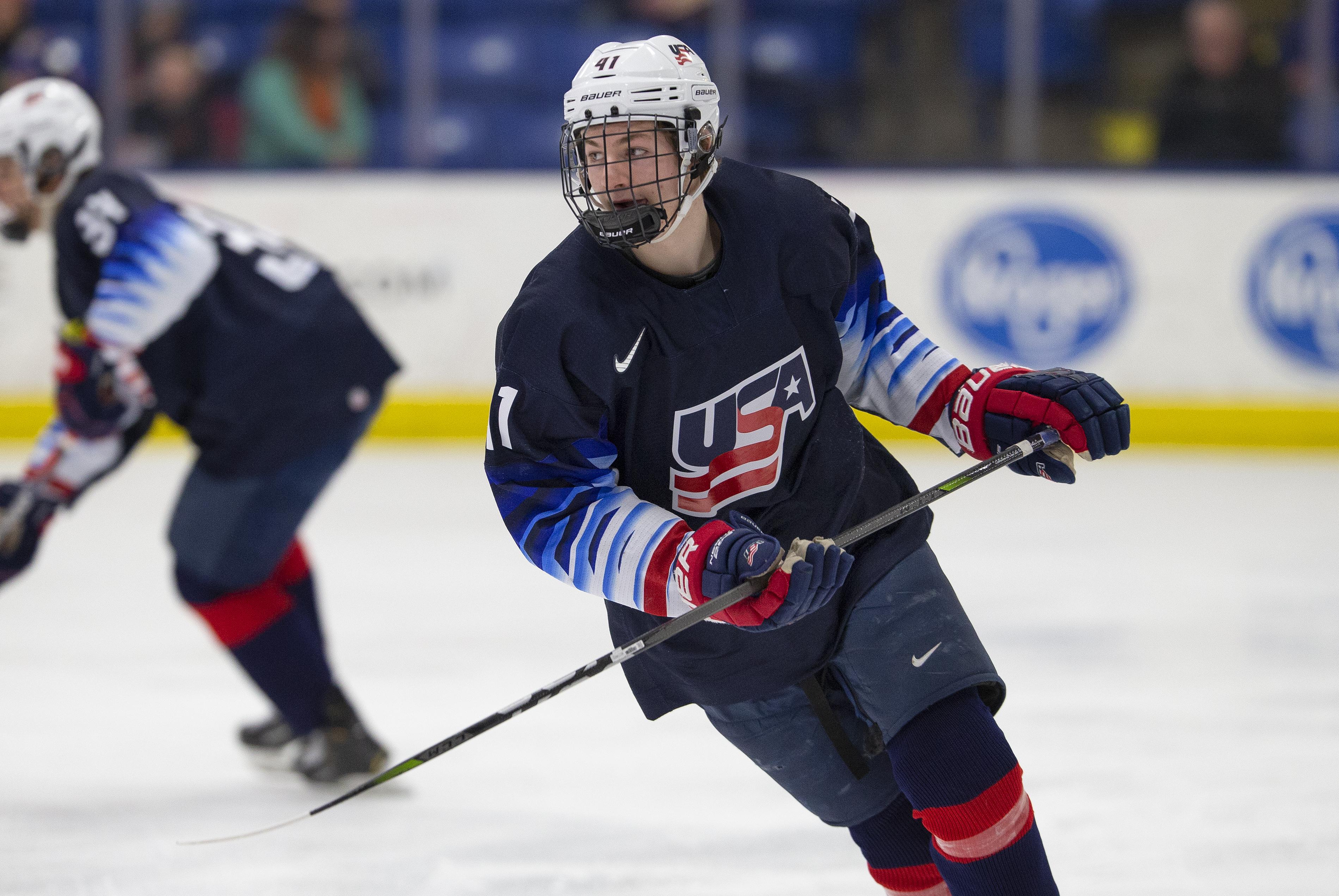 This is a big reason why he always listens to some words of wisdom from the U17 coaching staff. It is something that drives him each and every day.

“You must make the most of your opportunity and you can’t forget how special it is to be here,” said McKown. “The players who have worn the jerseys before us and have had success, we have some big shoes to fill.”