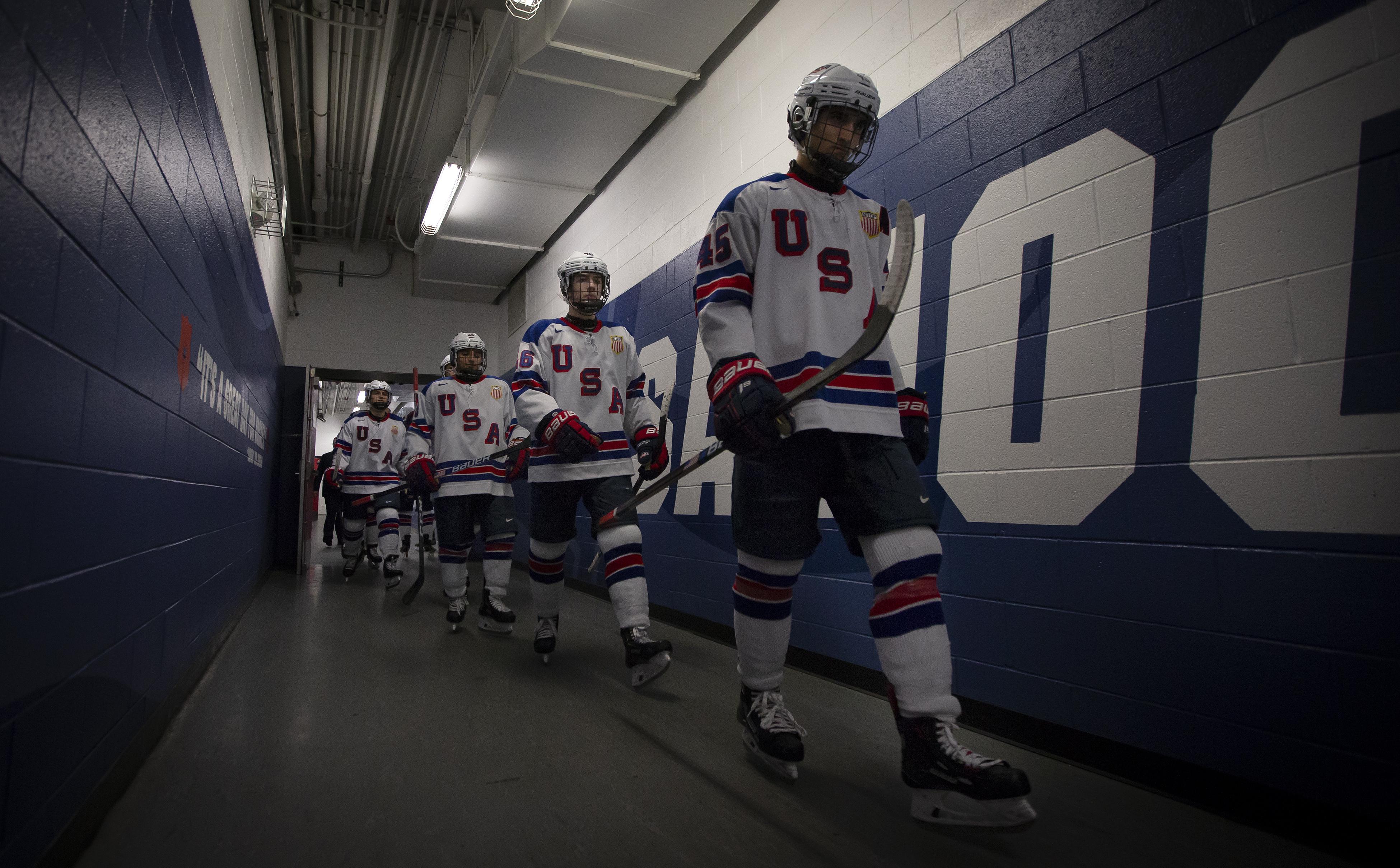 PLYMOUTH, Mich. - Thirteen forwards, eight defensemen and two goaltenders have been selected to join USA Hockey’s National Team Development Program and will compete as the U.S. National Under-17 Team in 2019-20 it was announced today. The 23 players – all from the 2003 birth year – come from 14 different states.

"As a staff, we are thrilled about the bright, young talent we have on our roster,” said Kevin Reiter, director of player personnel for USA Hockey’s NTDP. “We’re confident that they will contribute to the long history of success the National Team Development Program has had, and are excited to see what they can accomplish this upcoming season.”

The Under-17 Team plays in the United States Hockey League, the only Tier I junior hockey league in the United States, as well as against select competition in the North American Hockey League and Minnesota Elite League. Each season, the U17 Team also competes in three international tournaments, including the 2019 World Under-17 Hockey Challenge, 2020 Four Nations Tournament and 2020 Five Nations Tournament.