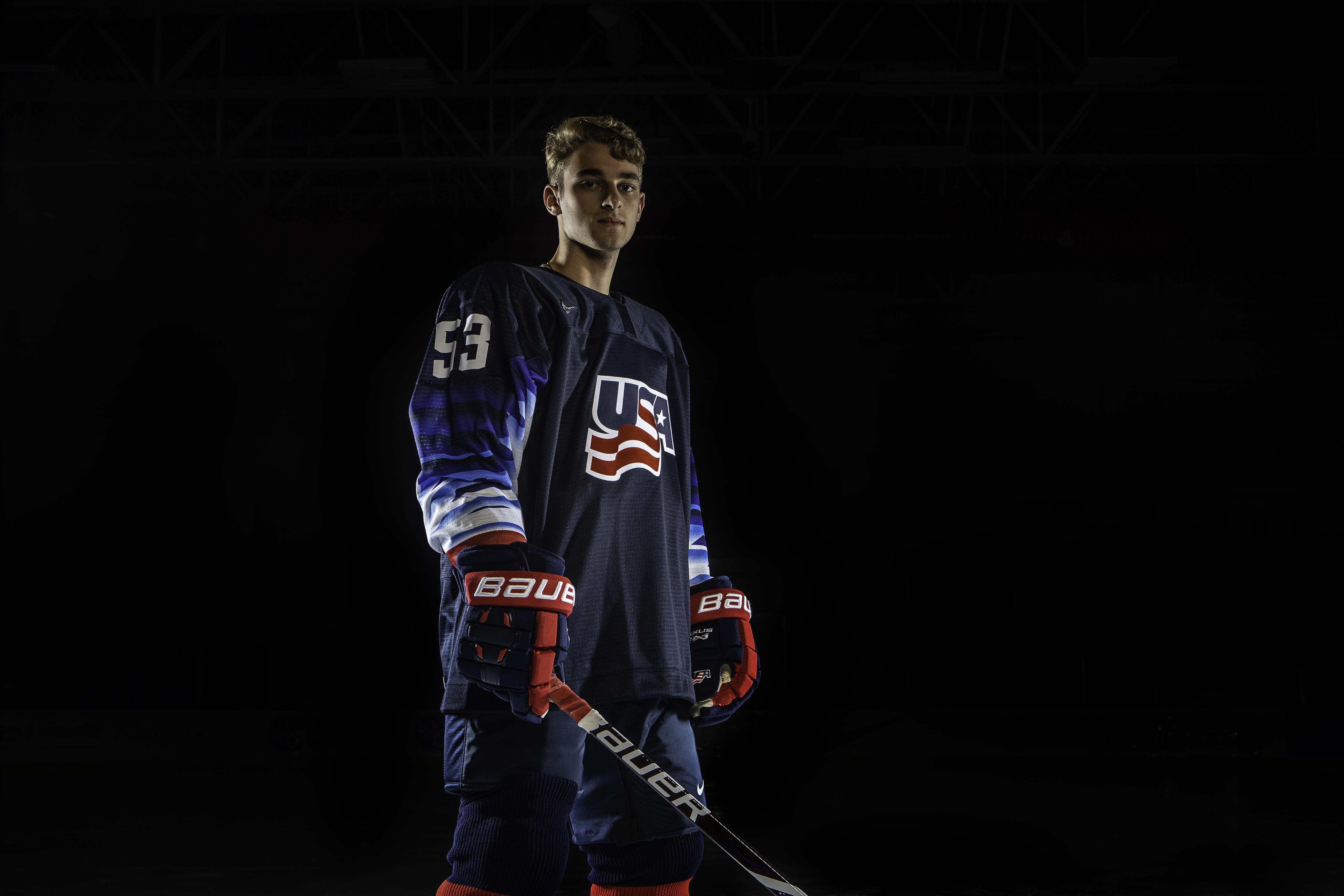 Up until about three years ago, Chase Yoder didn’t know much about the U.S. National Team Development Program. Then, he saw the NTDP play against the University of Michigan. That game turned out to be a life changer.

Fast forward to 2019, and the Fairview, Texas native knows all about the NTDP. Yoder is in his first season as a forward with the Under-17 team and is enjoying every moment.

It’s an opportunity that’s allowed him to continue a sport he’s loved from a young age at the highest level.

Yoder grew up watching his older brother, Andy, play for his local high school. Andy played on McKinney High School Varsity team, that reached the state championship game during his time there.

Besides watching his brother play, Yoder found a love for hockey through watching the Dallas Stars. He and his family attended Stars games growing up. His favorite player was U.S. Hockey Hall of Famer Mike Modano.

“I enjoyed the skating and competitive nature of the game,” Yoder said. “(The Stars) played a huge part in my hockey career.”

Yoder grew up also playing baseball. Like many multi-sport athletes, Yoder has seen how baseball helped him succeed in hockey.

“There are definitely some similarities between the two sports, especially when it comes to having a short memory,” Yoder said. “Whether you strike out in baseball or have a bad shift in hockey, you just have to let it go and focus on your next play.”

Eventually, Yoder decided to focus on hockey. He played in Texas up until that trip to Michigan, when he learned of the NTDP.

“(My interest) really took off,” Yoder said. “The National Team Development Program is very respected, and there have been a ton of great players who have gone through it. The facilities are unbelievable.”

Yoder tried out for the team in March 2018. Soon after, he got the call he had gotten an offer to be a part of the team.

“When they called me, I was speechless,” Yoder said. “I knew I would say yes because this was what I wanted to do.”

Get to Know Chase

If you could be in one movie
Mighty Ducks

Activity Outside of Hockey
Wiffle ball

Yoder did just that and follow his dreams to Michigan. But first, he leaned on former NTDP players and Texas natives Max and Michael Gildon. Yoder talked with the two about what to expect while playing for Team USA.

In his first 47 games as a member of the NTDP, the Providence College commit has tallied 9 goals and 9 assists for the U.S. Under-17 Team. He has done that while improving his overall skillset and heeding advice from coaches.

“My stick-handling and my shot have definitely grown,” Yoder said. “But you have to trust the process. There are going to be ups and downs, but you need to stick to it and play your heart out.”

For Yoder and his teammates, one of those downs came with an eighth-place finish at the World Under-17 Hockey Challenge in November. The U17s have used that finish as motivation.

The team now wraps up the regular season with a two-game road series against the Fargo Force that begins April 4. That is followed by the team’s final home regular-season games against Muskegon on April 11 and Youngstown on April 12.

“We need to stick to our identity and try and score some dirty goals,” Yoder said. “I think we have really raised our standards and wanted to get better.”

There are going to be ups and downs, but you need to stick to it and play your heart out. Whether you strike out in baseball or have a bad shift in hockey, you just have to let it go and focus on your next play