Warren and Caufield notched two goals each in U18s victory 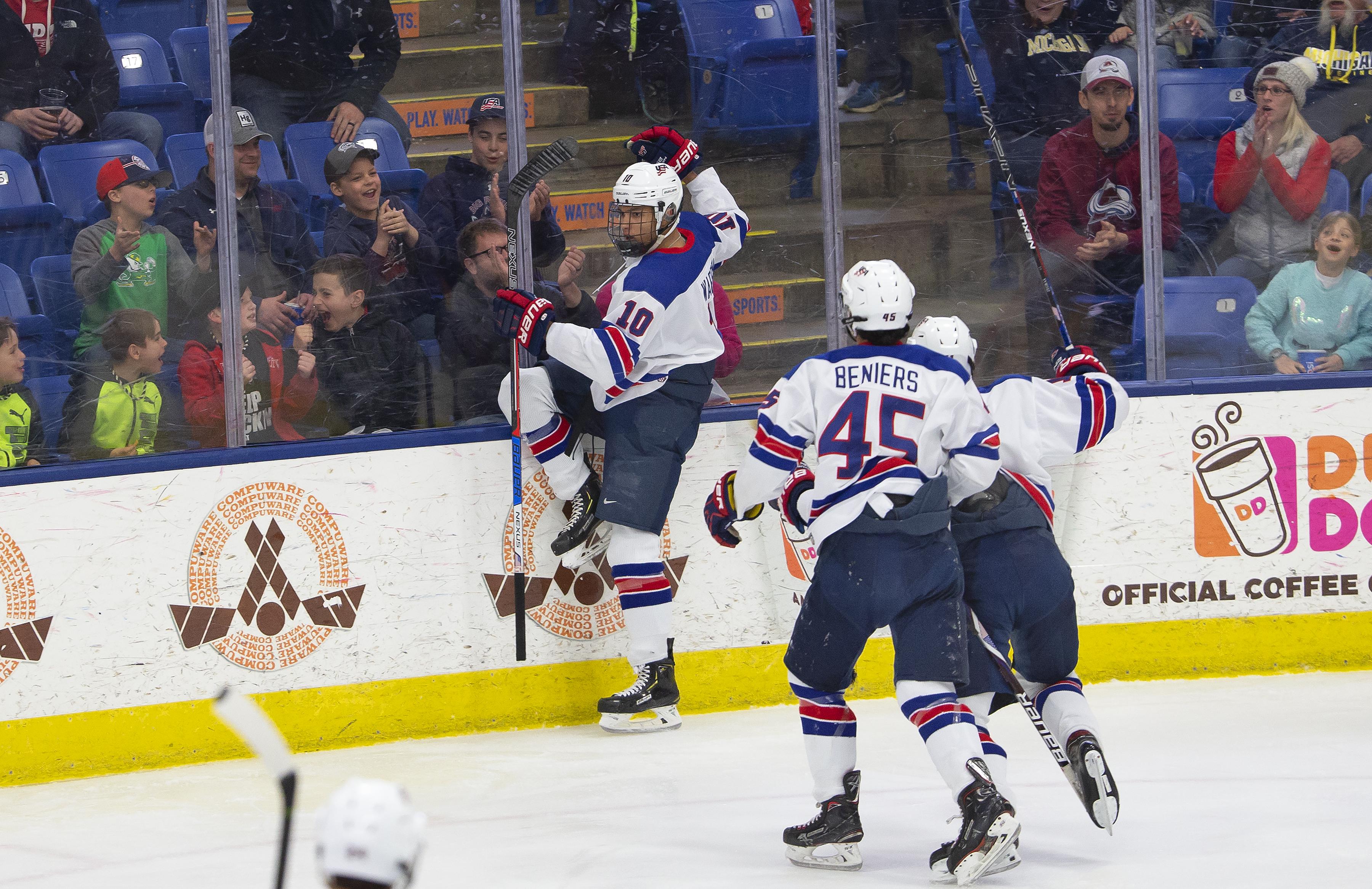 PLYMOUTH, Mich. -  The U.S. National Under-18 Team finished its home play at USA Hockey Arena Saturday (Mar. 30) with an 8-1 win against the Youngstown Phantoms. Marshall Warren (Laurel Hollow, N.Y.) and Cole Caufield (Stevens Point, Wis.) each notched two goals and four other NTDP players found the back of the net in the victory.

The Youngstown Phantoms registered the first goal of the game 4:46 into the first period.

6:51 into the opening frame, Matthew Beniers (Hingham, Mass.) skated the puck around the back of Youngtown's' goal, finding Warren on the weak side, who one-timed the puck into the back of the net.

Rejecting to take the penalty shot awarded, Team USA went on a five-on-three power play. With 7:43 left on the clock, Cam York (Anaheim Hills, Calif.) netted a power-play goal to give the U18s a 2-1 lead. Trevor Zegras (Bedford, N.Y.) and Jack Hughes (Orlando, Fla.) earned assists on the goal. York’s goal secured him the sole-possession spot for most career points as a defenseman in NTDP franchise history with 87 points, passing Jack Johnson (NTDP 2003-05).

6:33 into the middle stanza, Warren registered his second goal of the game. The play started when Domenick Fensore (Thornwood, N.Y.) passed the puck to Matthew Boldy (Millis, Mass.) from the opposite red line, who found Warren across the net.

Picking up Cole Caufield’s (Stevens Point, Wis.) initial shot that went wide, Henry Thrun (Southborough, Mass.) dished the puck back to Caufield, who was able to tally a goal at 7:33.

With 4:43 left in the second period and on the power play, York found Hughes on center ice, who hit Zegras with a drop back pass. Zegras walked the puck up the middle of the offensive zone and registered the fifth Team USA goal of the night.

8:39 into the final frame and on the power play, Hughes, who was behind the net, found York at the blueline. York played the puck over to Caufield tallying his second of the game.

Boldy marked another Team USA goal on an unassisted powerplay at 8:58.

At 12:18, Owen Lindmark (Naperville, Ill.) rushed the puck down the ice, outskating two Youngstown defensemen, finding Ty Smilanic (Elizabeth, Colo.) across the net, who tallied his first U18 goal.